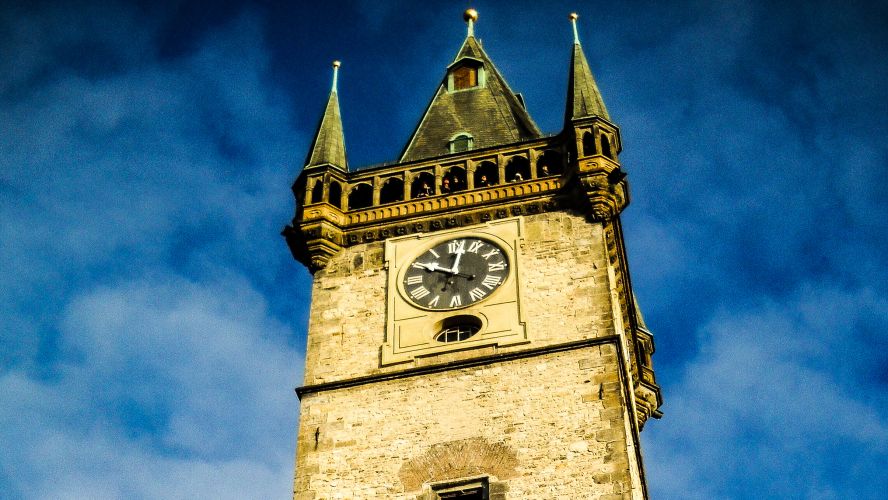 Prague is the largest city in the Czech Republic, the Land of Bohemia. Like Budapest, Prague was one of those cities hidden from the world since the end of WWII until the fall of the Soviet Union. Fortunately, Prague escaped the destruction of the wars in the last century and is one of Europe's most beautiful and best-preserved cities.

Instead of the usual Hop On Hop Off bus, we used Tours by Local to give us a walking tour of the city. Our tour guide was named Gabriella, who was very tall, no fuss person with a Germanic-like efficiency. She spoke Czech, which is a Slavic language, but also German, Russian, and English. She spent a year in Canada to improve her English, which was quite good.
There are four central districts in the city. Old Town (Stare Mesto), New Town (Nove Mesto) are the most important from a tourist perspective. Mala Strata and Hradcany are the other two. The Danube does not flow through Prague, but it has the Vltava River. It has bridges as well and the beautiful Charles Bridge, Prague's iconic symbol. 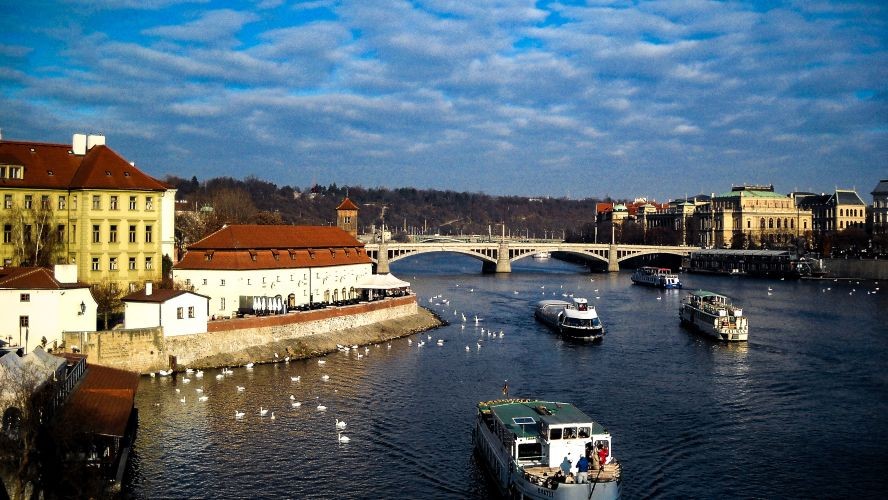 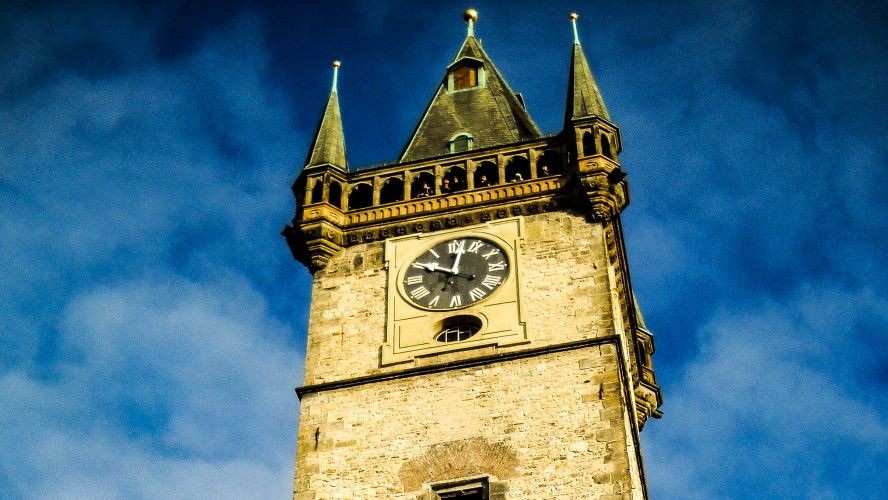 Germany, Austria, Slovakia, and Poland are countries that surround the Czech Republic. The country has a population of over 10 million, with Prague, the capital, with 1.2 million.

Not many people will know that the Czech Republic is the original territory of Bohemia, but it also includes Moravia and Czech Silesia. Formed in the late 9th century as the Duchy of Bohemia, it became a kingdom in 1198. It continued to expand its territory until the 14th century.
The Prague Castle was built around 880 and is one of the largest castles in the world.  Prince Wenceslas initiated friendly relations with the Saxony Dynasty, but his brother, Boleslav, opposed him, and eventually assassinated in 929. He was buried in St. Vitus Rotunda, and the site is found in the St. Wenceslas Chapel in the St. Vitus Cathedral. Wenceslas was canonized a few years later to become Bohemia's most beloved patron saint. He is "Good King Wencelas" from the Christmas carols. 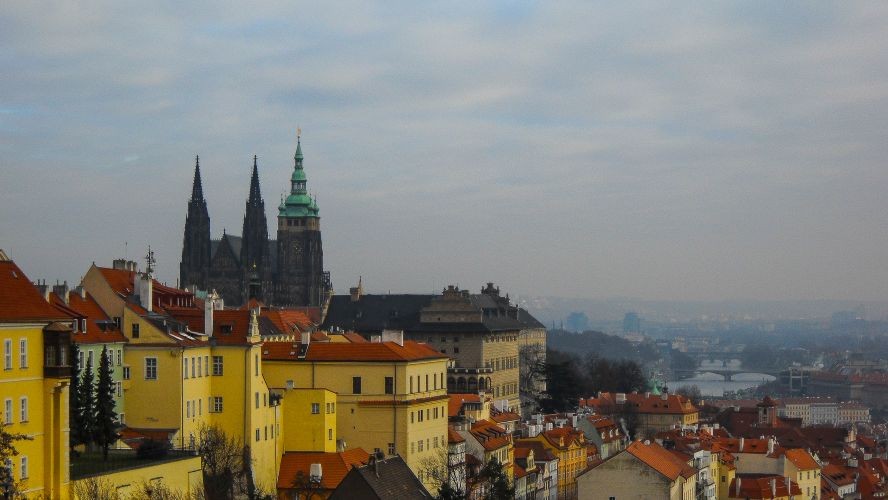 From 1002 and onwards, Bohemian Dukes and Kings were vassals of the Holy Roman Empire, and Czech lands belonged to them as autonomous territories. The Premyslid dynasty ruled until 1306 when the male line died out. The inherited dynasty was the Luxembourg Dynasty when Eliska Premislova, sister of the last Premyslid ruler, married John of Luxembourg. The city flourished during the 14th century and the reign of Charles IV, the oldest son of Eliska and John.

Charles IV founded the first university in central Europe and New Town. He rebuilt the Prague Castle and the new Charles Bridge (from collapsed Judith Bridge in 1342) across the Vltava River. Charles IV became Emperor of the Holy Roman Empire in 1355, and Prague became the capital. He embarked on the building of grandiose structures in the gothic style and Bohemian art style.
A period of decline followed until Ferdinand Habsburg (married into Jagellon/Luxemburg dynasties) started the Habsburg dynasty in 1526. Bohemia was absorbed by the Habsburg Monarchy alongside the Archduchy of Austria and the Kingdom of Hungary. The economic rise continued through the next several centuries and through the Industrial Revolution, where Czech lands become the industrial powerhouse of the Habsburg empire. 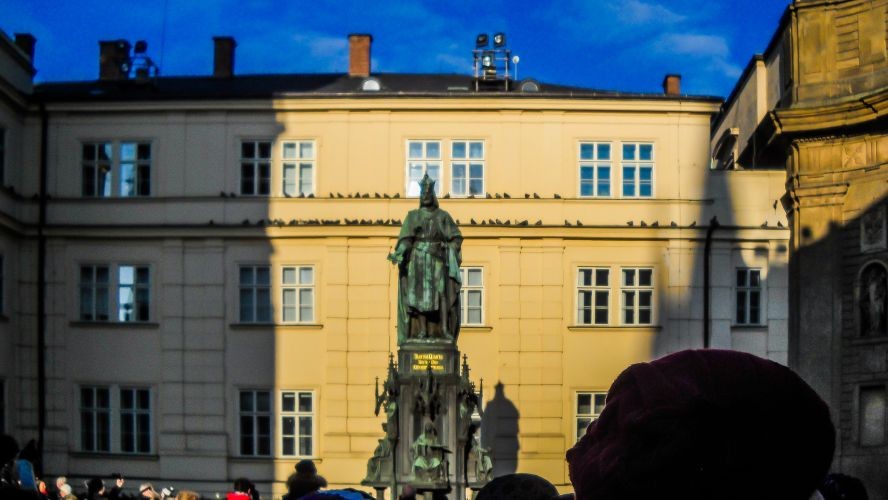 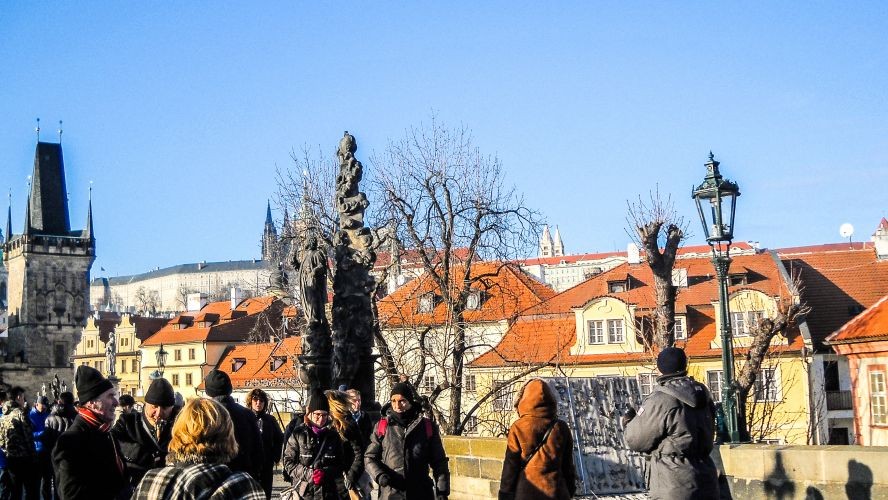 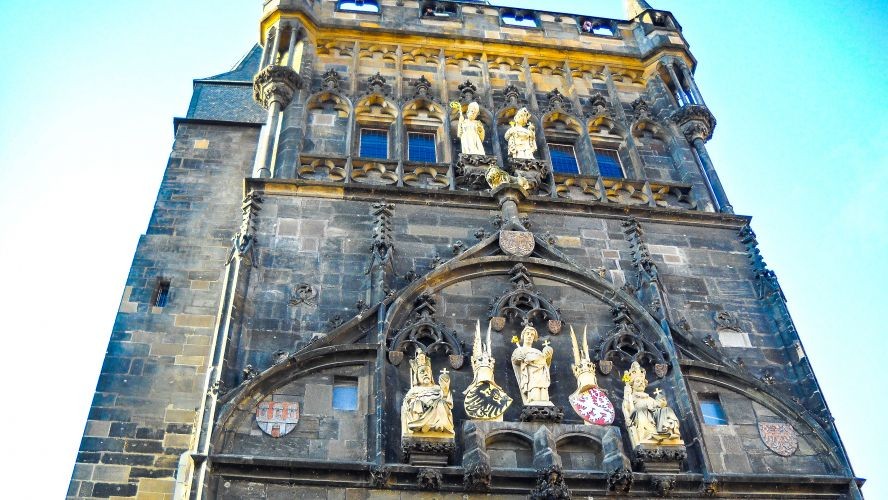 In 1806, the Holy Roman Empire ended when Napoleon dictated its dissolution. Nationalist revivals engulfed Europe including the Czechs. In 1878, Emperor Francis Joseph I established the Austro-Hungarian Dual Monarchy of the Austrian Empire and the Kingdom of Hungary. 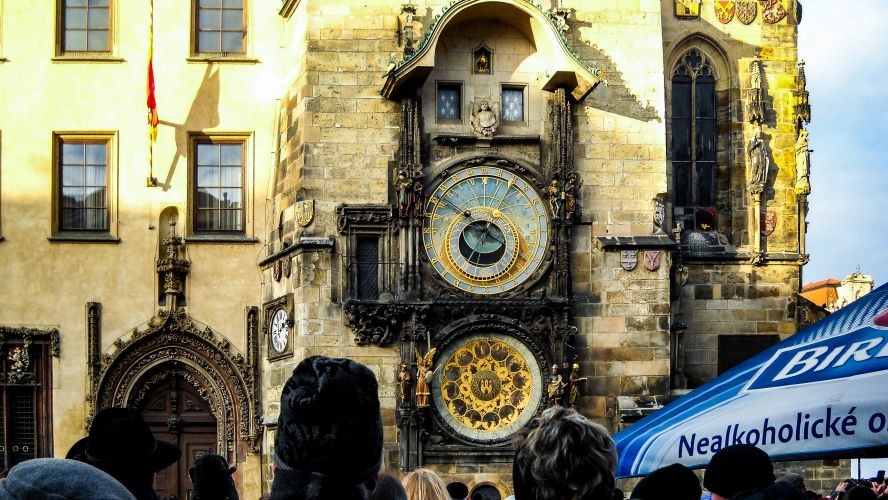 The early 20th century was chaotic. The last Habsburg duke and the next emperor, Ferdinand, was married to Sophie von Chote from the Czech aristocracy. They lived in Bohemia at the Konopiste Castle, not far from Prague. He was in favor of a Triple Monarchy, expanding an Austro-Hungarian Dualism into Austro-Hungarian-Czech Triple Monarchy. On June 28, 1914, they were both assassinated in Sarajevo, and this assassination led to WWI. WWI ended the Habsburg Dynasty, and the continent was divided between the different empires. The Czechs were merged with the Slovaks of Slovakia to become Czechoslovakia.

During the Nazi German occupation, Prague citizens were oppressed and persecuted. Many politicians, university professors, students, and others were murdered, imprisoned, or sent to concentration camps. Prague was the target of several allied bombings, the deadliest one in 1945 when large parts of the city center was destroyed and many killed.
The Prague uprising started on May 5, 1945, when Prague citizens, assisted by the Russian Liberation Army, revolted against Nazi Germany. At the same time, General Patton's army was in Pilsen, only several hours from Prague while Marshal Kone's Soviet Army was on the borders of Moravia. General Patton was in favor of liberating Prague, but General Eisenhower overruled him. Prior agreement from the Yalta Conference was for the Soviet Army to release Bohemia.
German occupation caused the death of 77,297 Czechoslovakia Jews, whose names are inscribed in the Pinkas Synagogue in Prague. It became the center of a coup in 1948 and attempted democratic liberalization in 1967. After the fall of the Soviet Union in 1991, the Czech Republic and Slovakia voted for a Velvet Divorce in 1993. The Czech Republic joined NATO and the EU in 1999 an 2004, respectively.
Tweet
How do you feel about this post?
Happy (0)
Love (0)
Surprised (0)
Sad (0)
Angry (0)
×
Stay Informed

Taking Trains and Taxis in Budapest, Beware the Cr...
Grand City on the Danube, Budapest is One of the B...

Vienna, A City of Imperial Elegant