What to Expect Mountain-Trekking in the Philippines 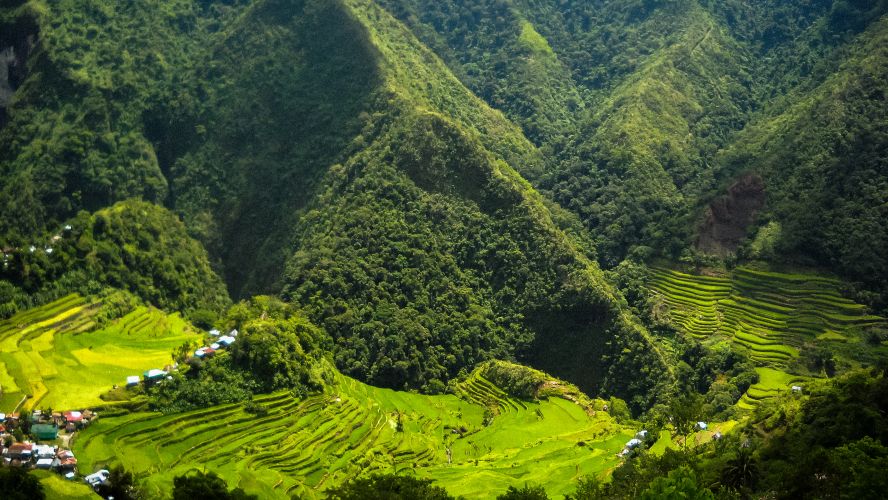 There are many beaches in this country of 7100 islands, and some of them are world-renowned. Some of my best beach vacations have been in the Philippines. But mountain trekking? The two large mountain ranges, north of the main island, are pristine with rice terraces carved on the side of the mountains. 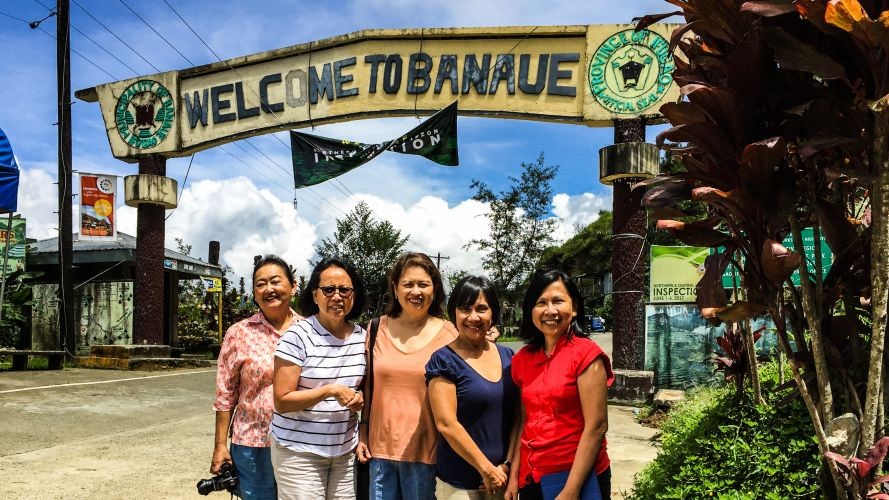 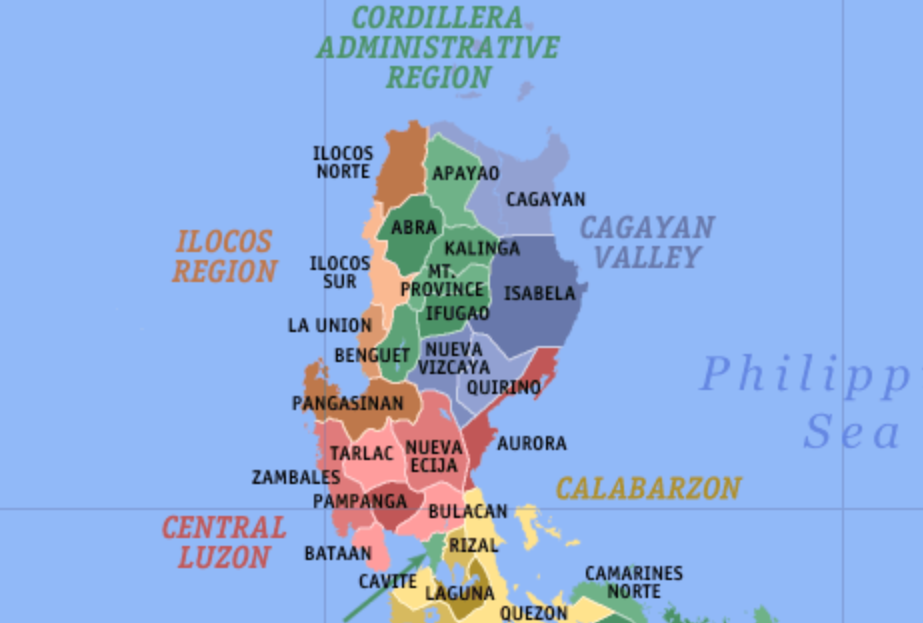 Two long mountain ranges dominate the main island of Luzon. One mountain range split the northern tip of the island and merge with a second mountain range in the central valley. These are massive mountains with a peak height of about 7400 feet.

Now, the hardest thing about mountain trekking in the Philippines is getting there. The most efficient way to get there is by car. It would be a long 10-12 hour road trip from Manila, but it will be worth it at the end. The mountain views and the rice terraces are pristine and awe-inspiring.

For this year's "girl" trip, we decided to visit the Banaue Rice Terraces. The rice terraces were almost folklore because just a few people had ever seen it. In those days, the voyage deep into the mountains was treacherous because road conditions could be impassable.

In our senior years, we thought it was about time we visited this place we had only ever seen in pictures. 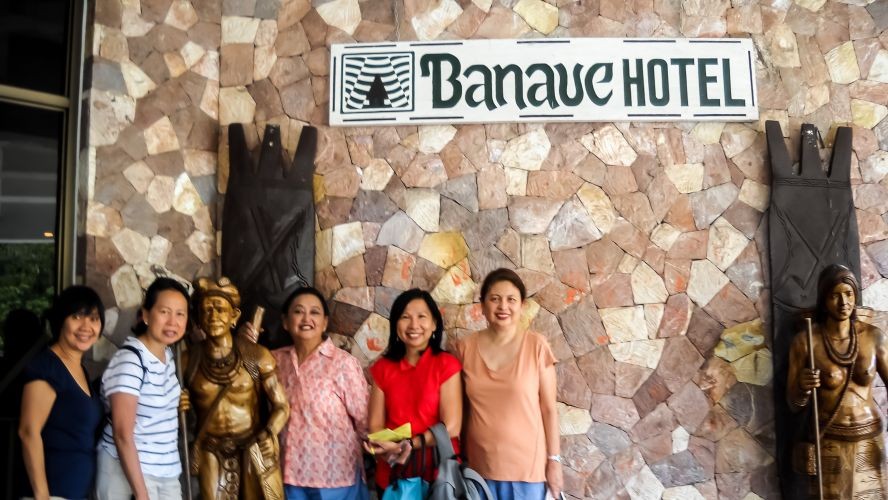 One of the initial discussion points (mine) was whether head hunters (not the executive recruiter type) and the NPA (communist guerrillas) still existed in the mountain region. The group immediately dismissed the idea with comments like, "this is not the Middle Ages, etc.

Next was transportation. We needed an experienced driver who could take us through the winding mountain roads. The road trip was going to take 10-hours, so we needed someone who could drive through the night to reach our mountain destination before nightfall the following day. We did not want to risk being on mountain roads at night, where it would be pitch black.

There are pretty decent air-conditioned buses available that go to Banaue, but the trip would take longer, and we would need transportation at the bus stations.

Luckily, our friend, Lucy, knew of a transportation service she had used in the past. The total cost of the trip, including lodging and subsistence for the chauffeur, was very reasonable. More importantly, it would give us more control over our schedule.

Lodging was the next issue. There was not a lot of choices. We decided to stay at the Banaue Hotel, which is the largest hotel in Banaue. We knew it was an older facility, but we did not know anything about its current physical condition. We would have to make do and hope for the best. \

We were staying a few nights so we could visit another place called Sagada, which people have said is a "must-see."

With the transportation arranged and hotel reserved, we scheduled to leave Manila at 1:30 AM so we could arrive in Banaue no later than 5:00 PM. Everyone had their personal need's like bottled water, food, and lots of snacks.

Unsure of the rest stop conditions, I had a bag full of paper products, including a thick pack of anti-bacterial wipes for any conceivable emergency. We had a lot of tablets, lots of Imodium, just in case!

Except for road construction in the Central Valley, the mountain roads were newly paved and quite good, with an occasional landslide here or there. The pit stops were not bad at all. "Pay CR," translated as "pay comfort rooms," were available in some stops, which guaranteed a clean restroom. There seemed to be a MacDonald's in the larger cities along the way, where the bathrooms were halfway decent. The paper supplies came in very handy.

Our chauffeur, whose name was "Toto," was a genial fellow and appeared to be a competent driver. He had been up and down the mountain roads many times, and he knew where the better rest stops were!  With sound travel conditions, we arrived at the Banaue Hotel around 2:00 PM that day. It took us roughly 12 hours to get there, including two meal breaks and multiple potty stops.

Now the Banaue Hotel is the only "real" hotel in town. Others were small B&Bs with breakfast facilities. The Banaue Hotel was a 1970s pet project of Imelda Marcos, the former first lady.  It was a full-service facility with a couple of meeting rooms and two large gift shops. As we say in the industry, the hotel had "nice bones."

Being the first hotel ever built in Banaue, it had the best views of the mountains. It needed a little renovation, but you could tell how nice it once was or how nice it can still be with a bit of capital. The rooms were decent, good beds and running hot and cold water in the showers!

What was surprising was how warm it was. Being up in the mountains, we expect it to be" jacket weather." Locals told us that the weather doesn't turn cool until the rains come later in the year (December). It rained a little bit during our stay, but it was sunny most of our time there. 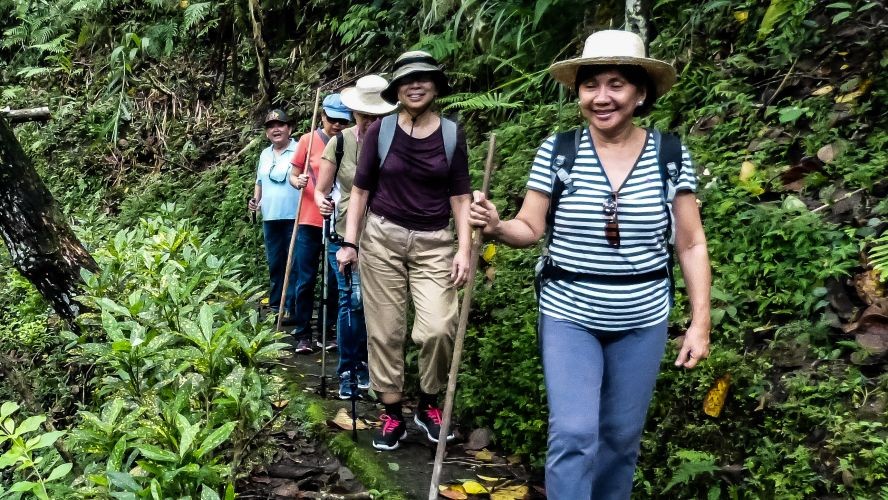 We hired a guide to take us trekking. We would go to the top of one of the terraces to see the view, then trek down to a waterfall at the bottom of the mountain.

The trek to the waterfall would take about two or three hours and then back. It was sweltering and humid. By the time we reached the top, the thought of another four to six hours of the heat and humidity did not appeal to most of us. (Ok, we're whiners!)

Only Lucy decided to do the trek. The rest of us relaxed on the patio of a restaurant that had a fantastic view of the mountains. Lucy completed the trek and was back in five hours! 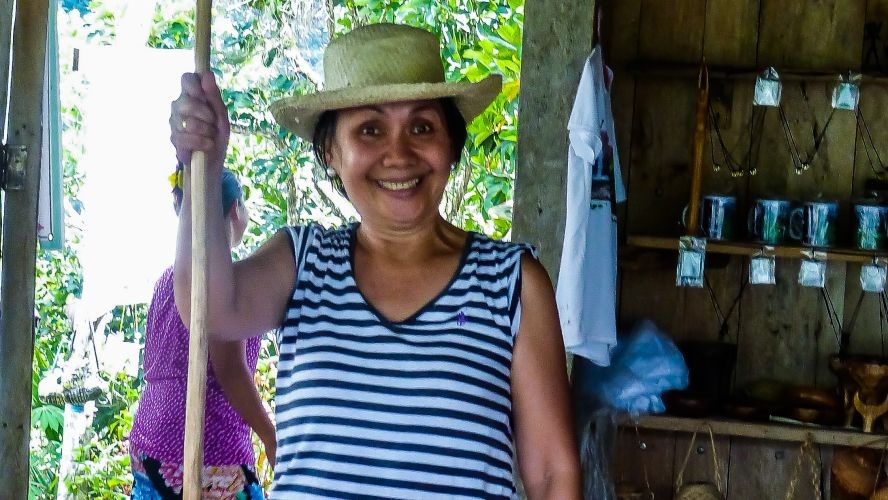 The Aborigines, The Igorot

The Igorots are the aboriginal people of the Philippines. They live in the mountain region, which makes up a good part of the northern island of Luzon. There are six different provinces in the mountain region, and there are many ethnic tribes in each.
They are known as "Igorot." Their language is diverse, with dialect variations.

As a child growing up in the Philippines, the "mountains" really meant Baguio City. Baguio is a mountain top city located on the southernmost province of Benguet. We loved going to Baguio because the weather was enjoyable and refreshing. There were pine trees everywhere and strawberries!

I read that the Spaniards had a tough time colonizing the mountain region. They set up a few outposts in the Central Valley but never in the mountains themselves. As a result, the aborigines were able to preserve their culture and beliefs.

One thing I learned from this trip is that there are rice terraces everywhere and not just in Banaue. Some of the best ones we saw were outside of Banaue.

There are more beautiful rice terraces in the interior, but you need to trek to find them. In addition to rice terraces, there are also hot springs and aboriginal caves and underground rivers in many locations. 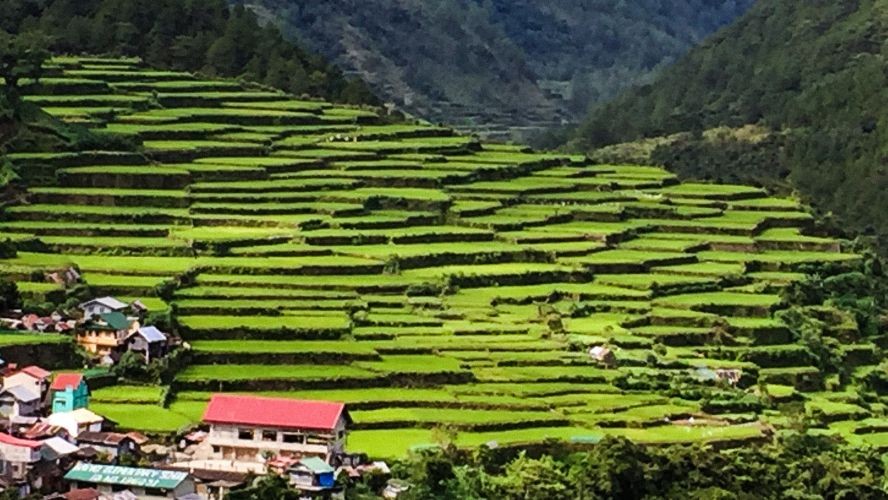 The next day, we set out to go to Sagada and a little village called Batad. It was going to be a three hour plus drive which did not leave us much time to sight-see. We arranged to meet a guide to take us to the caves to see the hanging coffins. There was an underground river tour as well if anyone was interested.

The roads to Batad and Sagada were zigzag roads, which curved and twisted, testing our chauffer's driving skills. But the views were spectacular!

The mountains were tall, very green, and pristine. I had not known such a beautiful place existed in the Philippines. We had to stop several times to take pictures. The Batad rice terraces were beautiful and well preserved as well as others along the way. 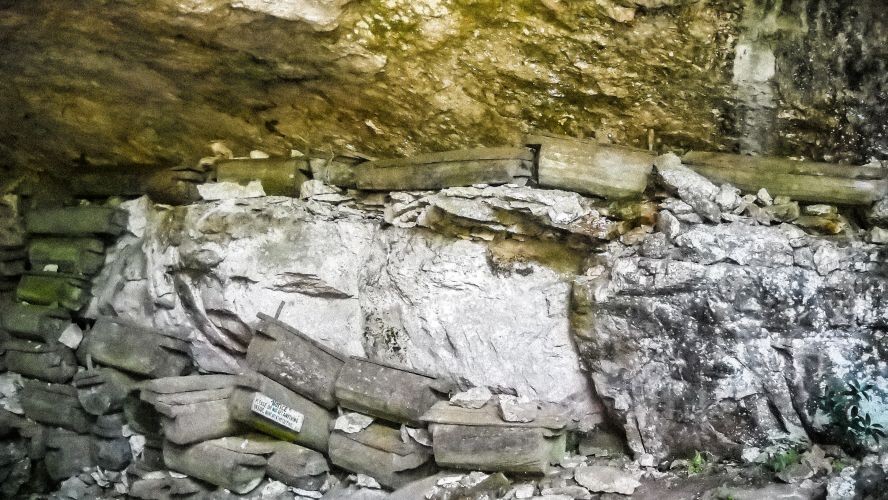 My first impression of Sagada was that the city was newer, with better infrastructure. It had a paved main street with shops in one story-concrete structure.

We met our guide at the tourist office, and we headed out to the hanging coffin caves.

Yes, I said, "hanging coffins." Instead of putting their dearly departed six feet under, the Igorots put the bodies in coffins carved from tree trunks, sealed and inserted in cavities in the cave. The tradition has been going on for generations until the 1970s.

Today, an Igorot, or someone with an Igorot relation, can still have a cave burial with proper authority from the regional government.

Our friend, Lucy, wanted to try trekking the Sumaguing Cave and Underground River and set off with the guide. Half an hour later, she was back and said she did not feel comfortable sliding down the enormous boulders. Although she had the guide to help her, she did not want to injure herself, even if physically, she felt able.

We satisfied ourselves with looking at postcards of the Sumaguing Cave in the shops.  We ended the day, shopping for things to take home with us. The local arabica coffee is supposed to be pretty good here and local cane sugar that hard to find in Manila. 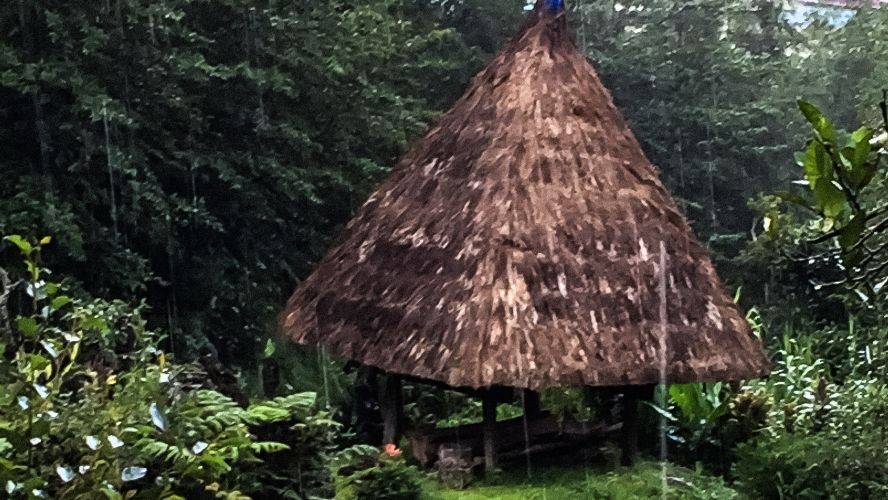 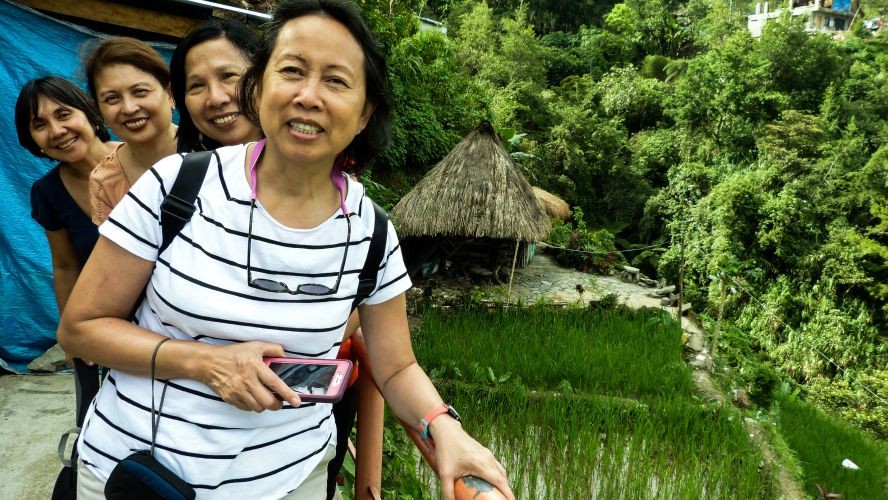 It was a grueling, long trip, but we were happy we did it. The mountains and the rice terraces were a thrill, especially those we saw in the interior. Sagada and Batad are beautiful, and I hope they stay that way.

If you want to arrange tours, contact This email address is being protected from spambots. You need JavaScript enabled to view it..
Tweet
How do you feel about this post?
Happy (0)
Love (1)
Surprised (0)
Sad (0)
Angry (0)
×
Stay Informed

New Taipei is Foodie Haven with New Spin to Chines...
Why Visit New Taipei? It is Everything That is Not...

Whistler Mountain BC is Dream for Outdoor Enthusiast