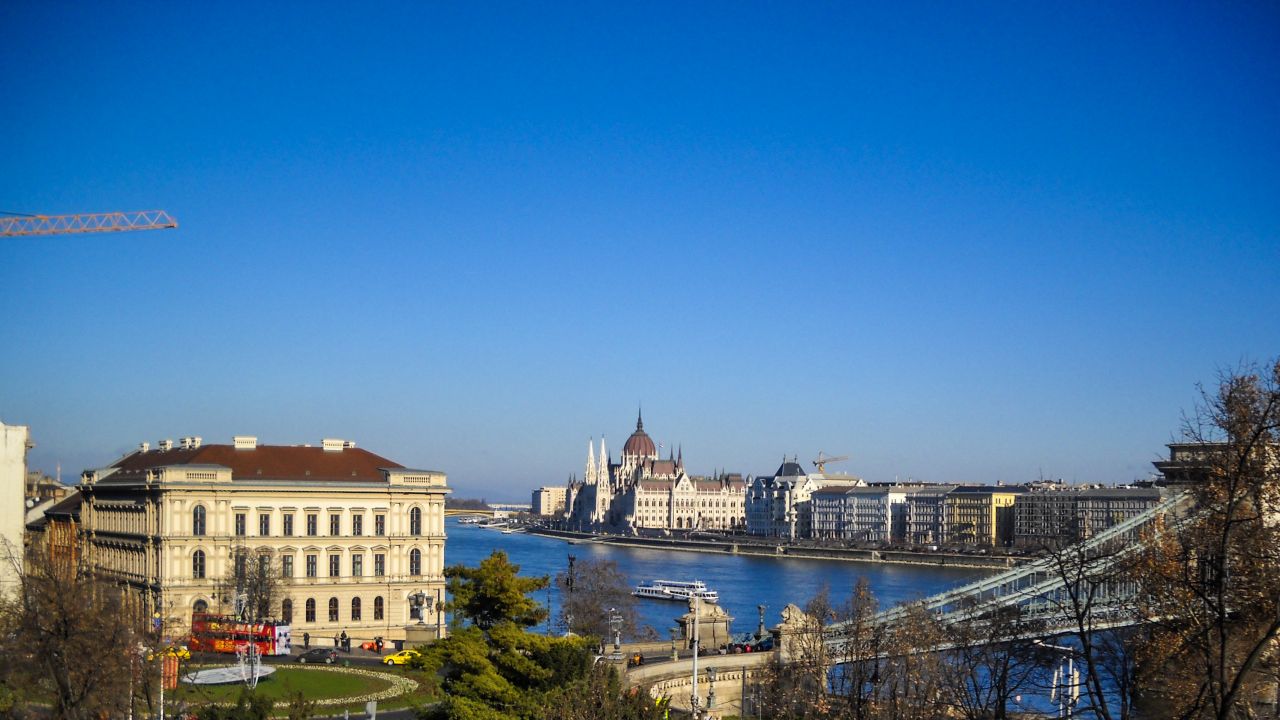 Budapest Parliament on the Danube

Hidden from the world for decades under the Soviet Block, this gem of a city is the Grande Dame of the Danube; and is easily one of the best capitals of Europe. You will love Budapest so much that you will want to visit more of the treasure that is Eastern Europe. 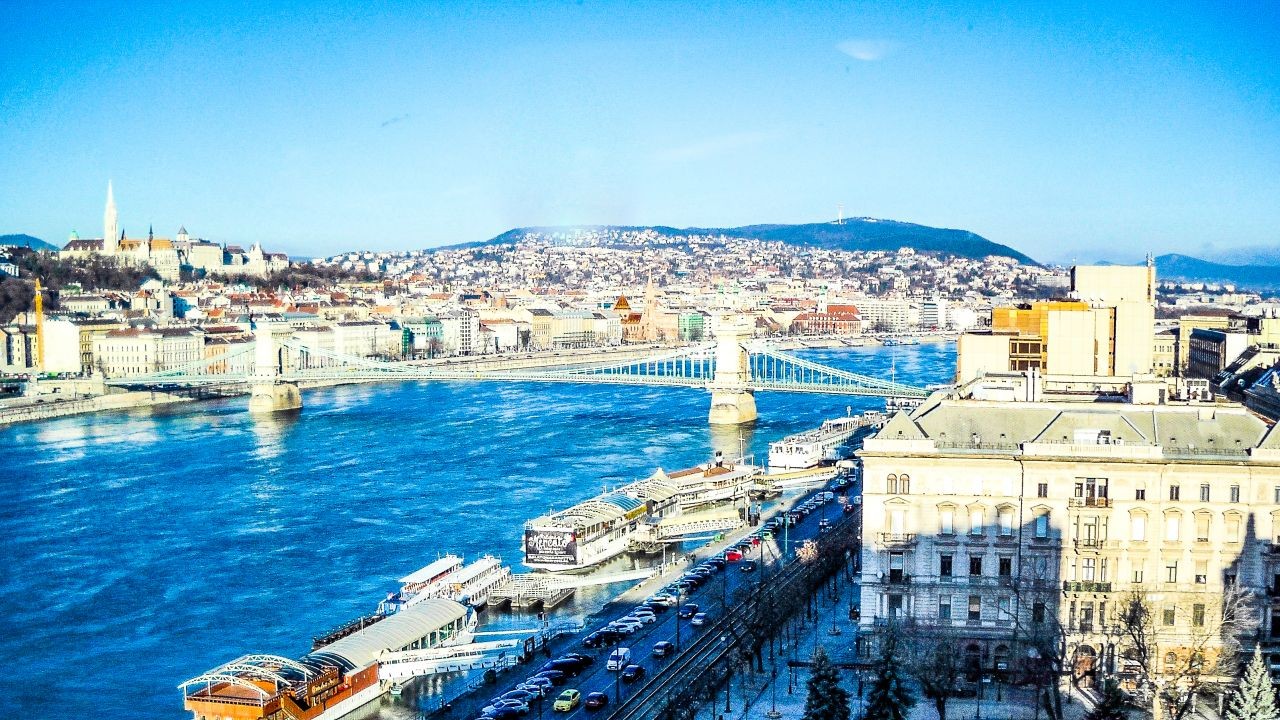 Two Cities of Buda and Pest

​We arrived in Budapest at night and checked into the Marriott Hotel. From our window, the view of Castle Hill and the beautiful Chain Bridge, all illuminated, was just spectacular. We lucked out with our choice of a hotel because the Marriott is one of only a few hotels on the banks of the Danube River.

We were on the Pest side, which you will learn when you get there, is one of two cities that make up Budapest.  Buda sits on a hill and is called the "royal" town, dating back to the 13th century. You will find all the palaces and churches in Buda where they were safe from the marauding tribe.  Pest is on the low land across the Danube and is Buda's prolific trading town.

​Hungary, despite its rich history, was hidden from the world from the end of World War II until the end of Soviet rule. A popular uprising in 1956, fueled by economic hardship, was savagely put down by Hungarian and Soviet forces.

The 1960s and 1970s marked reconstruction of much of the city infrastructure included Elisabeth Bridge, the underground system, and the castle quarter. Large luxury hotels were built both in the castle quarter and on the Pest bank of the Danube.

Then, the world changed in 1989 with the fall of the Berlin wall. That same year, hundreds of thousands of Hungarians staged a march to relive the uprising of 1956 and to honor former prime minister, Imre Nagy, and his associates who were falsely accused of "counter-revolutionary" acts and executed 31 years ago. The Hungarian Republic officially replaced the Hungarian People's Republic in October 1989.

The Warsaw Pact and the Soviet Union ended in 1991. The last Soviet troops left Hungary in June of 1991. 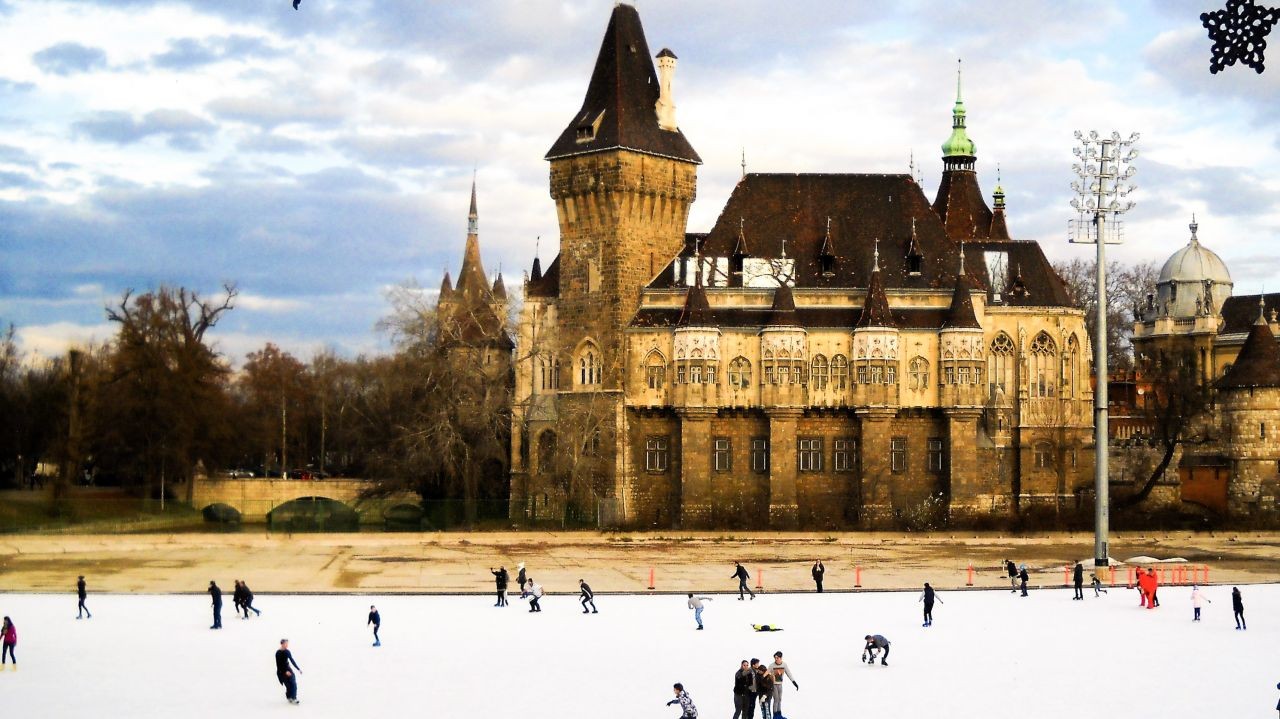 Vajdahyad-Castle to Celebrate 1000 Years of the Magyars

Over 1000 Years of Rich History

​Hungary is the land of the nomadic Magyar people who settled in the area in the 9th century. It was an ideal location in the fertile Carpathian Basin, where the Danube divided the mountains and plains. King Stephen founded the state of Hungary in 896 A.D., King Bela, I built the first Magyar stronghold on top of the hills of Buda (Castle Hills) to protect them from further invasion. Buda became the official capital in the late 15th century, and its fame as a cultural center grew throughout Europe while Pest grew to become a commercial center. 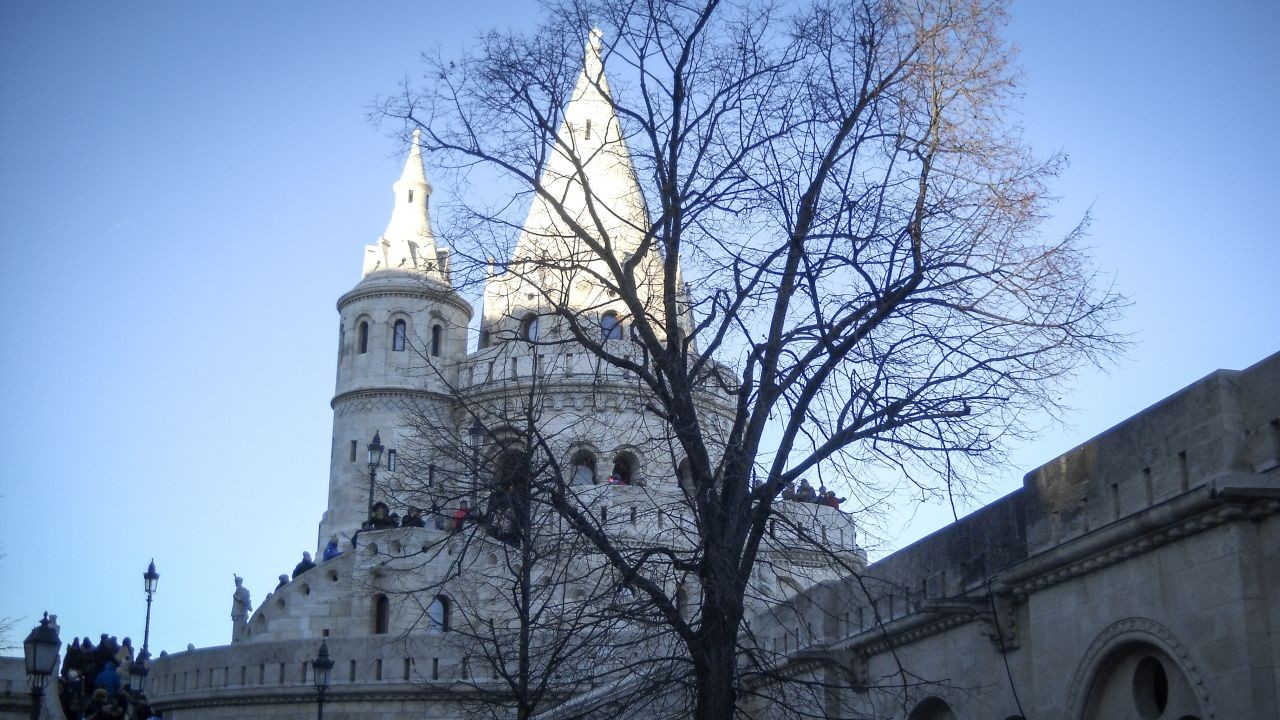 ​In 1541, both cities were captured by the Turks for about 150 years. Turkish merchants introduced and built baths, bazaars, and mosques. The bath culture survives today. Both Buda and Pest were re-conquered by united European armies in 1686 and came under the rule of the Hapsburg Dynasty. 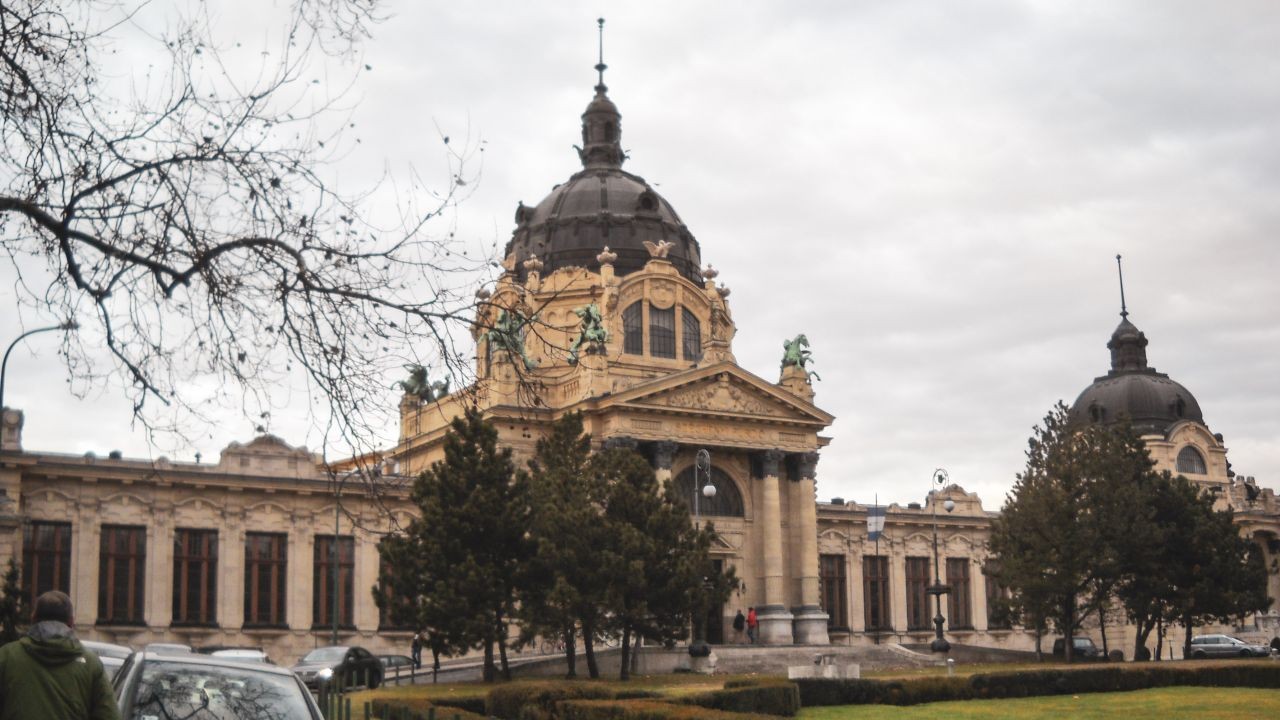 ​Ruled out of Vienna, Budapest became one city under the Hapsburg, merging Buda, Pest, and Obuda in the late 1800s. Hungary flourished under Maria Teresa, Hapsburg Empress, in the mid-18th century. It was named the co-capital of the Hapsburg Dynasty, together with Vienna.

Royal institutions and the Parliament transferred to Buda, along with a University. The completion of the Chain Bridge connected Buda and Pest. By the end of the 18th century and the early 19th century, Budapest was one of the cultural centers of the world. 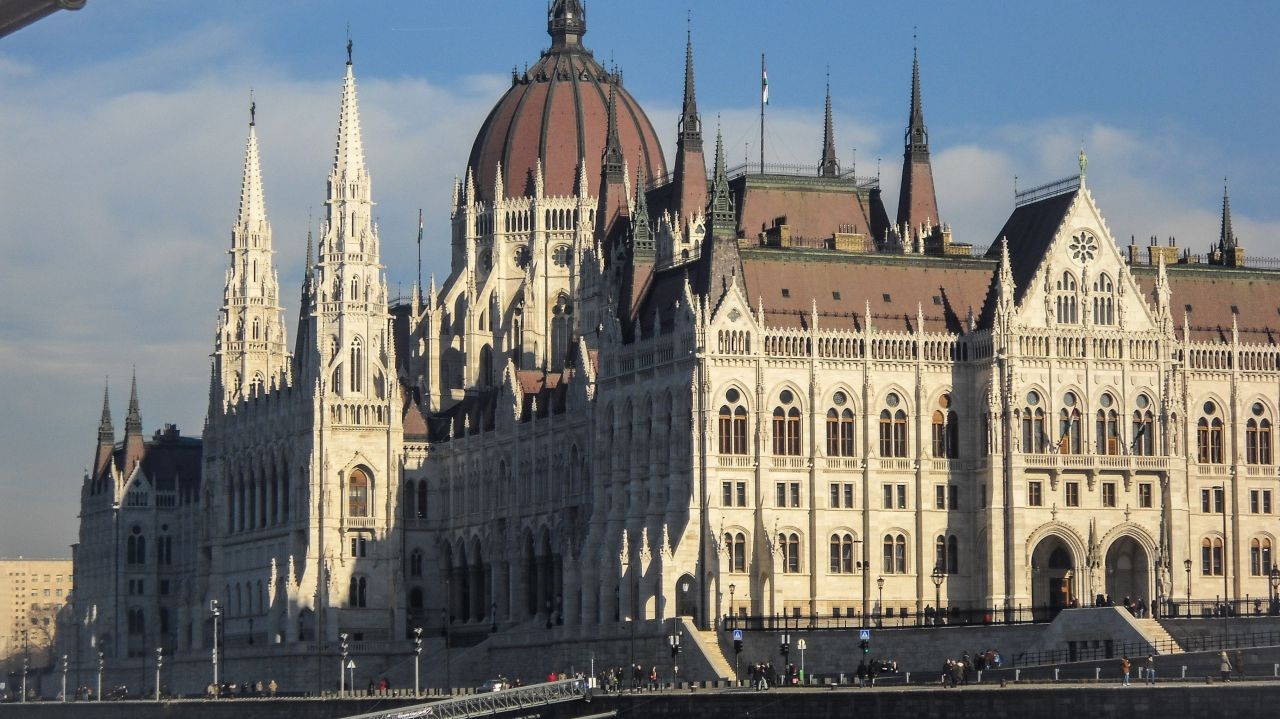 Following the Nazi troops came communist dictatorship and Soviet rule. Restoration started in the 1960s and 1970s and continues today.  The Heroes Square, Gellert Baths and the Vajdahunyad Castle, located north of the city, are must-sees.

​We were lucky enough to buy two first-class tickets on KLM from a friend who won them on a golf outing. He could not leave his business, and he willingly gave it up at a reasonable price. We just had a month to use it, and we decided on Budapest since we had a friend who was being stationed there for a few months.

From Budapest, we had planned to see as much of eastern and central Europe. We tried to pre-purchase the train tickets in the U.S. but found that it made the tickets too expensive and the mailing, even more costly. We need not have fretted because buying train tickets here (and most of Europe) is like buying a bus ticket. Train stations have ticket booths and electronic kiosks, and most everyone spoke enough English if you needed assistance. One advice is to purchase your ticket at least the day before to allow yourself time to get your bearings and make sure you locate the right track and platform. Fortunately, the Keleti station is not very large compared to Vienna or Prague. The station, however, is not heated, so don't expect a nice cozy waiting room to sit in while you sip your espresso coffee. Bundle up! 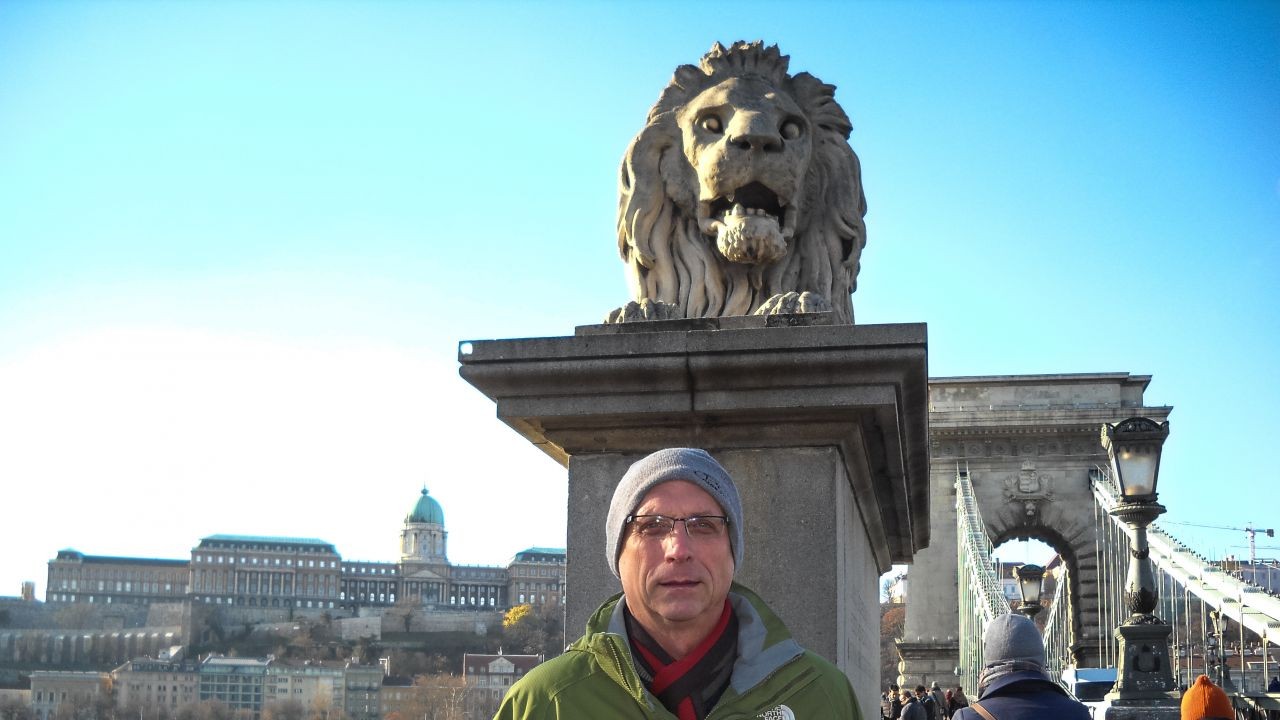 On the Key Bridge

Because the tickets were inexpensive, we purchased reserved first-class tickets. The seats were more comfortable, and the bathrooms cleaner. The overhead racks are large enough to accommodate large suitcases. High-speed internet is also available for free (better in the Austrian trains). The Austrian trains between Prague and Vienna and Vienna and Bratislava are newer and faster with speeds up to almost 100 km/h compared to a maximum speed of about 50 km/h on the Czech trains to Budapest. The restaurant car on the Austrian trains is a walk-up bar. There are train attendants to take your drink and food orders. Make sure you have the right currencies on the train. They don't take credit.
To get to the Keleti station, you can take a 20 Euro cab ride. You can take a combination of tram and (city) train, but that could easily take an hour. Tram and train tickets cost the equivalent of $1.00 per segment. Train officials spot-check your cards, and there is a stiff penalty for not having one!
Watch out for unlicensed taxis or unlicensed taxis. These are independently owned taxis that may or may not use meters. We had some "fantastic" cab rides in Budapest. One charged us double, and he drove like a maniac; the other couldn't stop talking. I think he thought he was entertaining us, but we thought he was just drunk! Now it's hard to tell an unlicensed taxi from a "legitimate" cab unless you speak Hungarian. Whenever possible, we took cabs from the hotel valet stand. The hotel appeared to be working with reputable cab drivers, and their cars were clean and price standard. If you have to pick a cab from any other cab stand, know the fare and make sure they use the meter and hope that you did not get an unlicensed taxi! 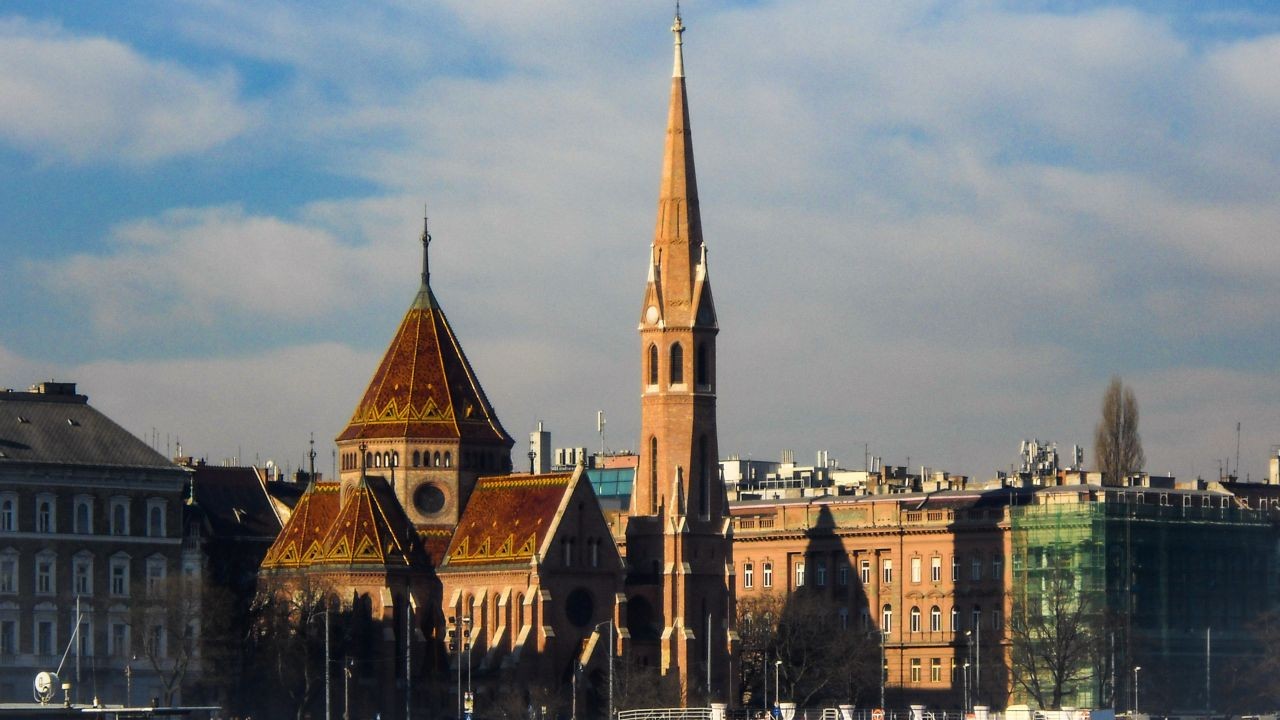 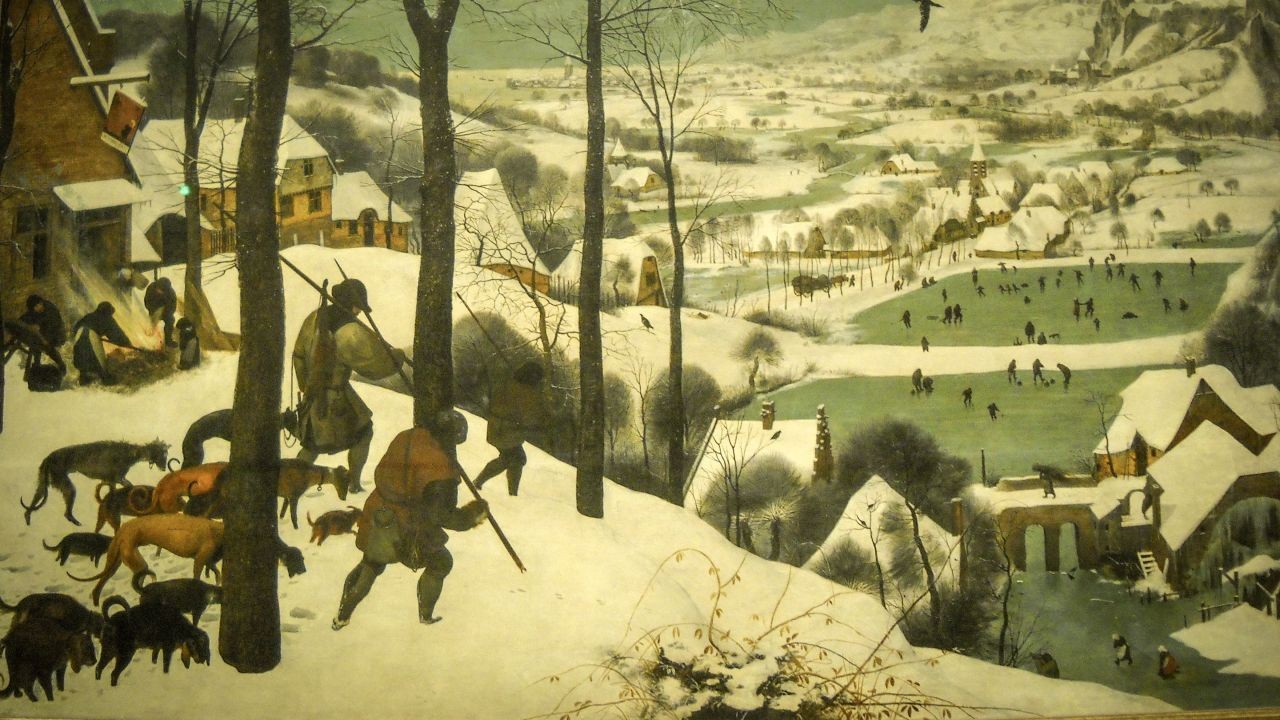 Hungarian Masters in the National Gallery

Despite the cab experience, we loved Budapest, and it is on our list of "repeat visits." I especially loved the National Gallery with works of art of Eastern European masters. The collection is so extensive that you will need two days to view the entire gallery. Another one of my favorites was a food tour of the market where we sampled cheeses, local dishes, and Unicum, the local liqueur. Then there is paprika, all sorts of paprika everywhere! We were glad to catch the Christmas Market that year and sample the food and purchase all kinds of souvenirs.

Are you interested in more Eastern European capitals? Read about Prague, another jewel on the Danube River! 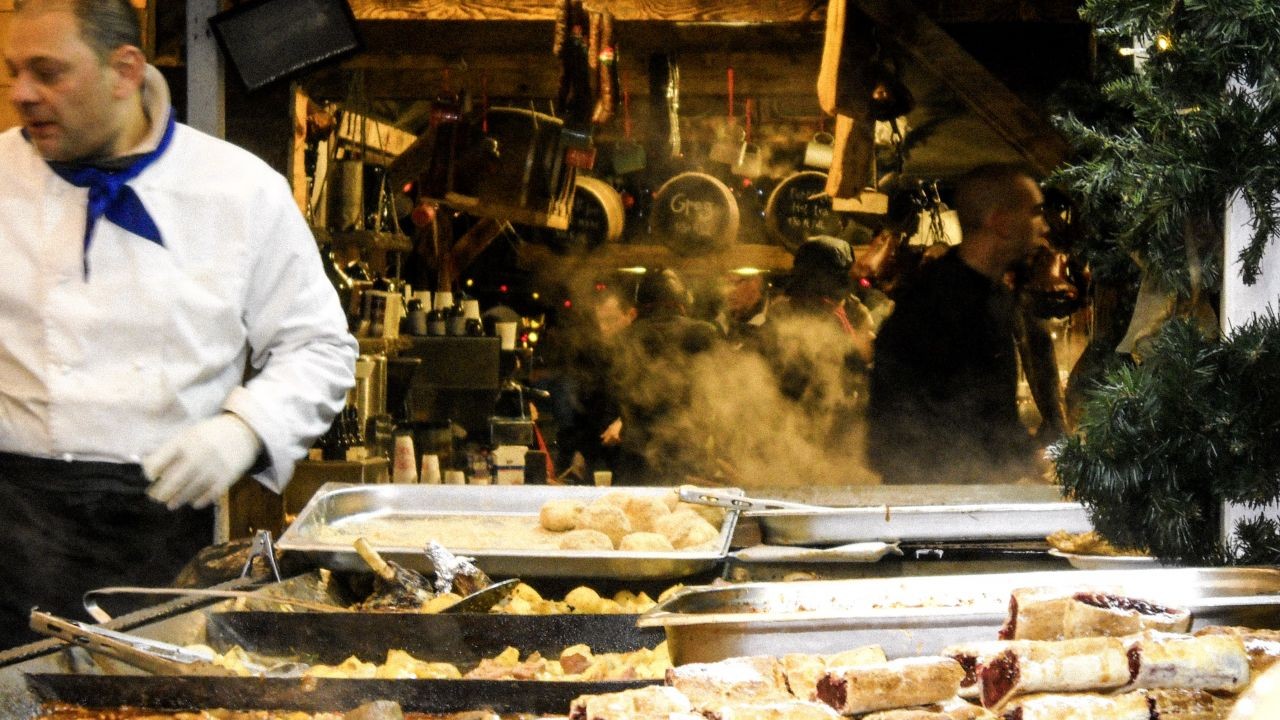 Prague, Beautiful City in the Czech Republic and L...
How Fledgling Eastern Europe is Emerging

How Fledgling Eastern Europe is Emerging

Taking Trains and Taxis in Budapest, Beware the Crazy Hungarian