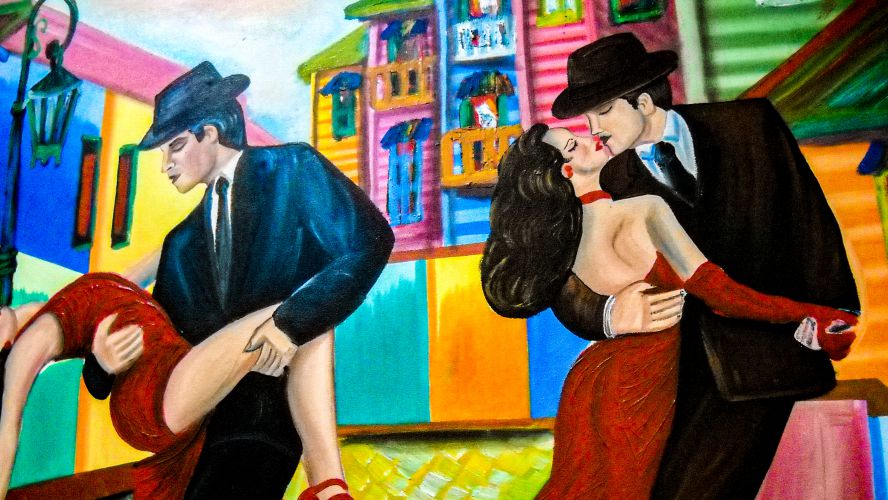 ​You will have mixed feelings about Buenos Aires. The city was once called the Paris of South America with the wide boulevards and the French mansions. The city has lost its sheen, and clearly struggling economically. Outside of the modern trappings, what makes Buenos Aires unique? 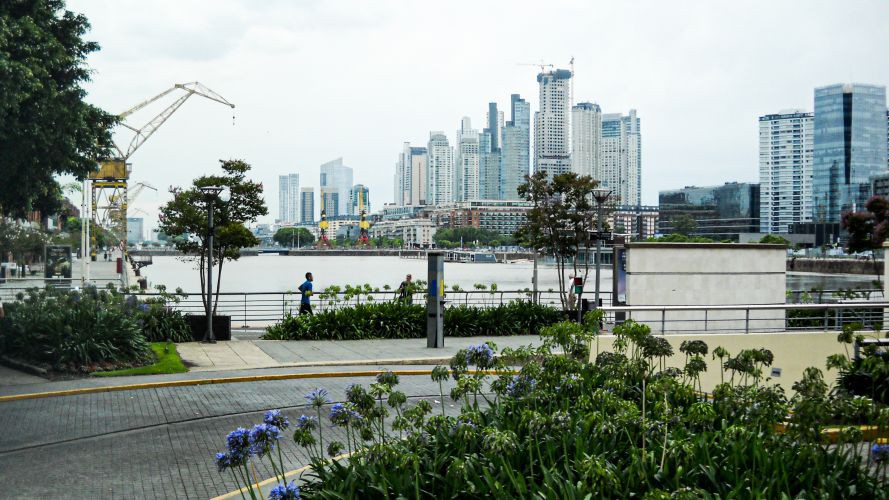 ​We were in Buenos Aires as part of a cruise to South America on Princess Cruise Lines. For reasons beyond the control of the cruise operator, our trip was not going as planned. We were late arriving in Buenos Aires due to a medical emergency on the ship. Our full day in Buenos Aires was reduced to a short half-day.  We took the city tour shore excursion, which was a short four bus tour. All packed in a tour bus; we went to see a glimpse of this city.

​Argentina covers a range of latitudes, from the subtropical northeast to the Andean northwest to the sugar plantations and vineyards of Central Argentina. In the south, oil towns co-exist with Welsh communities, beautiful cities surrounded by snow-capped mountains and lakes, and magnificent glaciers in the far south.

As the second-largest country in South America, it was was one of the world's wealthiest countries in the world. Instead, it descended into military dictatorship and political turmoil. Buenos Aires was in the middle of this turmoil as the country's economic powerhouse.

Spain colonized Argentina in the early 16th century. Amerigo Vespucci, great Italian explorer, encouraged by the discoveries of Christopher Columbus, set sail with a fleet of Spanish ships to discover a new continent. He found South America, and officially Argentina, in 1502.

Spanish expeditions followed in 1516. The small settlement of Buenos Aires was established in 1536 by Pedro de Mendoza. The critical fact to remember that Spain experienced its Golden Age in the 16th century with the wealth of its discoveries and colonization in South America.

​Pedro de Mendoza named his settlement Buenos Aires after Our Lady St. Mary of the Good Air. The initial expedition was chased out of the area by indigenous tribes. A second expedition returned 50 years later, led by Juan de Garay in 1580.

The city grew slowly due to trade and port restrictions imposed by Spain. At that time, the Spanish Empire was concentrating on the mining of gold and silver in Peru and Bolivia. Eventually, Argentina established its economy on the ranching of cattle. This industry thrived by the end of the 17th century and the beginning of the 18th century. Argentina became a significant exporter of agricultural products.
Internal politics and the struggle for power plagued the city.
First, there was a struggle between the gauchos (ranchers) and the caudillos (bureaucrats). The gauchos wanted to be independent of the administration of the colonial government. Later, as immigrant labor entered the country, there was a struggle between the mixed-race class, the immigrants, and the European class.
In the meantime, wealth that poured into the hands of wealthy families spurred the construction of French mansions and chateaus. The city's infrastructure developed to include broad boulevards lined with monuments similar to Paris.
For a time, Buenos Aires was called the Paris of South America. Buenos Aires became the cultural mecca of South America. The rich indulged in tango and balls rather than worry about social ills. When the Great Depression hit, no one was surprised when the first of many military coup d'état occurred.
Despite the expanded wealth, it remained concentrated in the hands of about 200 families (oligarchs), and not shared with the locals and the new immigrant class. This lead to the growth of populist governments. 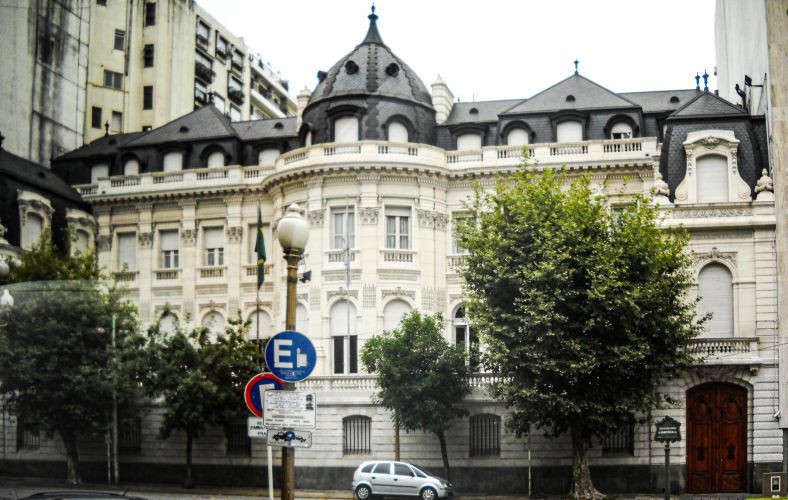 Don't Cry for Me, Argentina

​Juan Domingo Peron dominated Argentine politics in the 1940s. He and other military officers staged a coup in 1943, and he became president in 1946 until 1955. Peron nationalized industries and started social welfare programs.

His wife was the actress, Eva Duarte Peron, the daughter of a peasant. Evita shocked high society, but she was loved by the working-class.

Thanks to her, women got to vote, and public health services were made available. She died of cancer in 1952 at the age of 33.

The Peron magic began to wane as the cost of living increased. Government spending increased, and corruption was rampant. Juan Peron fled to Paraguay as the military turned against him, and bombed the presidential palace. Despite the purge of his followers, the Peronista movement survived.

Juan Peron ran for president in 1973 and won easily. He died shortly after that.

​Argentina's beef production is still a big part of their economy. Spain introduced cattle to Argentina in the 1500s, but the industry boomed with the advent of the railway and refrigeration in the 19th century.

Argentina is the 5th largest producer of wine in the world. Vine cuttings were brought to Argentina in 1557 during Spanish colonization. Argentina produced more wine than any country outside of Europe, but most of the wine was considered un-exportable.

In their desire to increase exports, quality advances in grape production were implemented.  Exports started in the 1990s, and they are growing in popularity, making it now the most extensive wine exporter in South America. 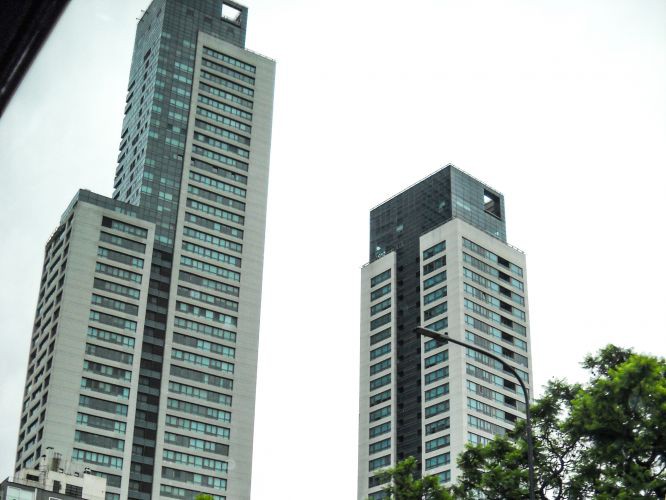 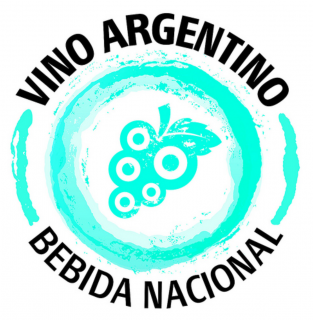 ​The central city of Buenos Aires will not look any different from any large modern European metropolis. In the sprawling city are different neighborhoods that have developed their distinct character.

The most popular city to see by tourists is the La Boca neighborhood. It means "the mouth," which describes its location at the mouth of the Rianchuelo River.

La Boca is a working-class neighborhood, which is popular today with street artists, and bright colored houses in the alley streets or "Caminito." It was in the La Boca mixed-race neighborhood where the sultry, partner-dance of the tango began. 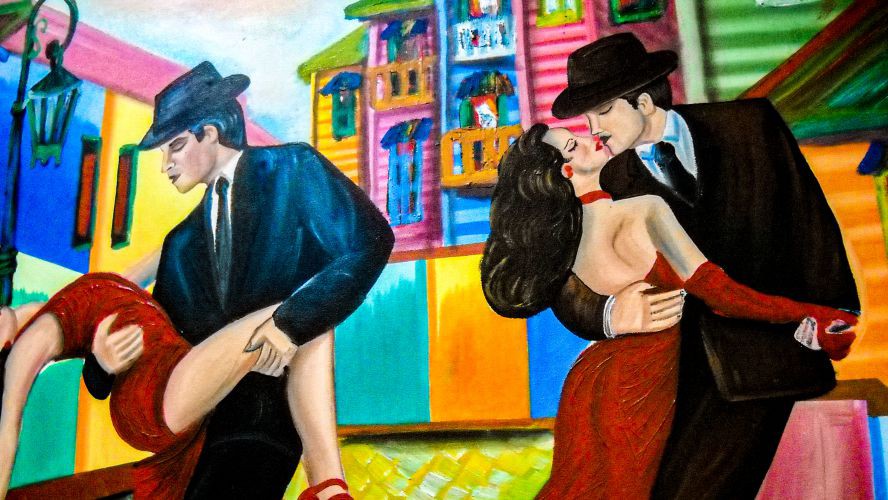 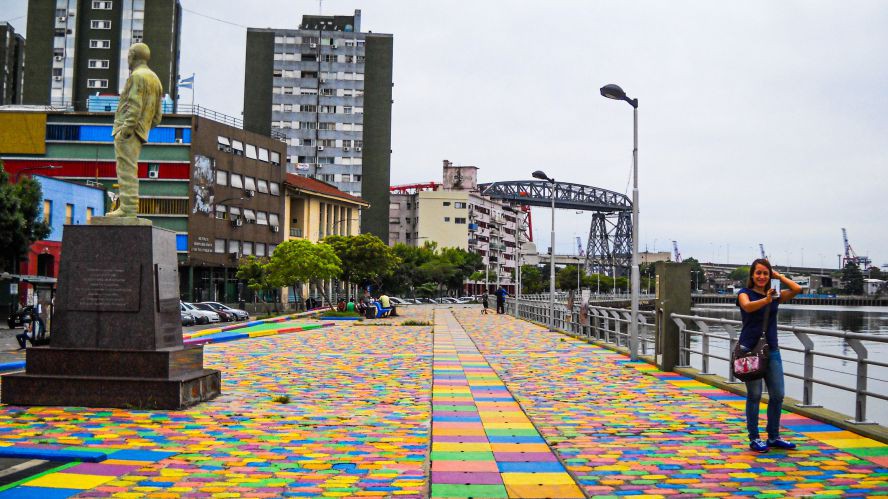 ​You will see many Paris style boulevards and elegant monuments throughout Buenos Aires. French-style buildings and mansions will grace Old Town streets.

Teatro Colon is the main opera house. The original building opened in 1857, and the existing building dates back to 1908.

The Cabildo de Buenos Aires was the site of the original 1580 Spanish administration building.

The current building, constructed in the late 1800s., is now the National Museum of Cabildo. 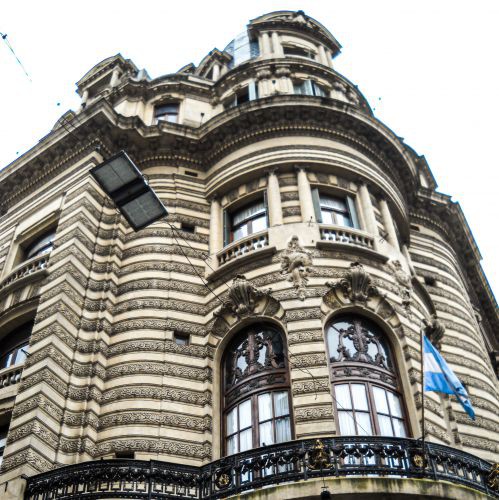 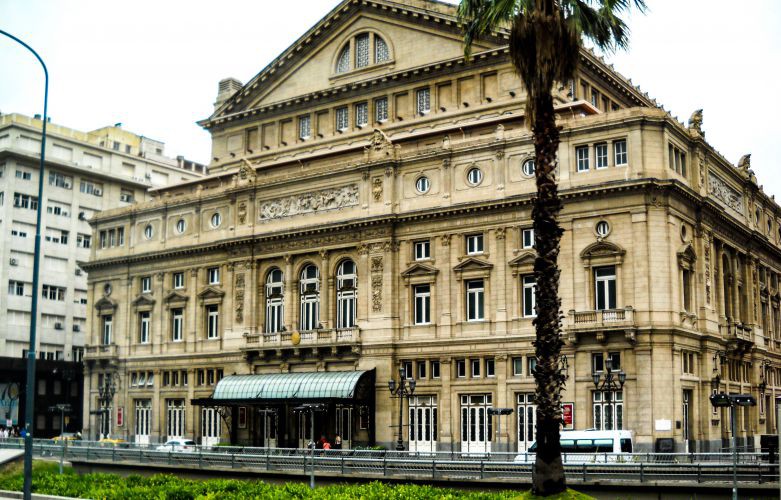 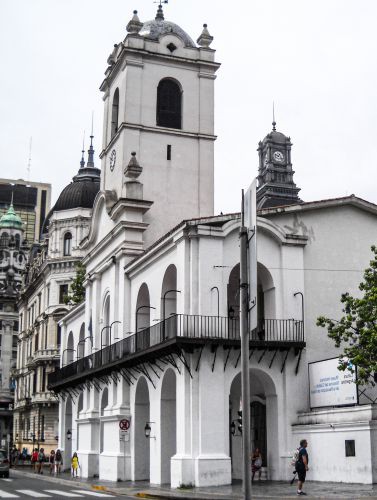 ​The Recoleta Cemetery is famous, containing the graves of notable people including Evita Peron. It goes back to the 1760s, holding 469 vaults.

Russian Orthodox Church of the Most Holy Trinity is an Eastern Orthodox church built between 1898 and 1901. It is unique in the juxtaposition of its blue domes against traditional buildings. 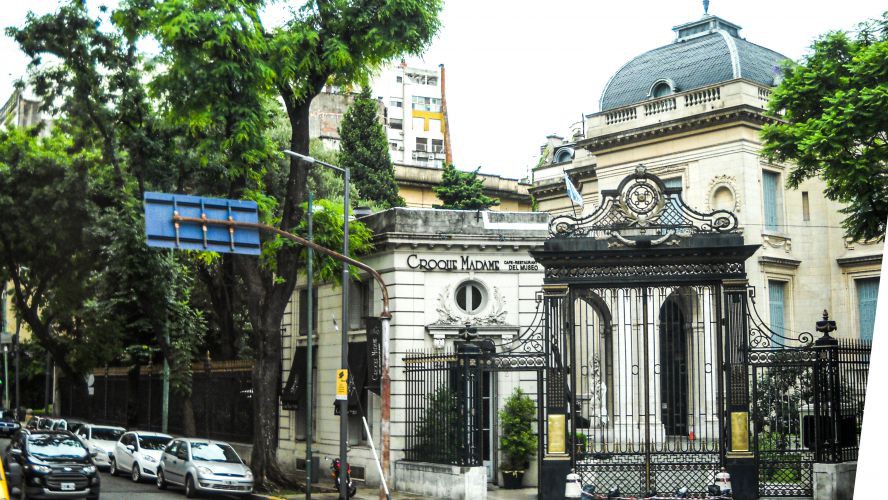 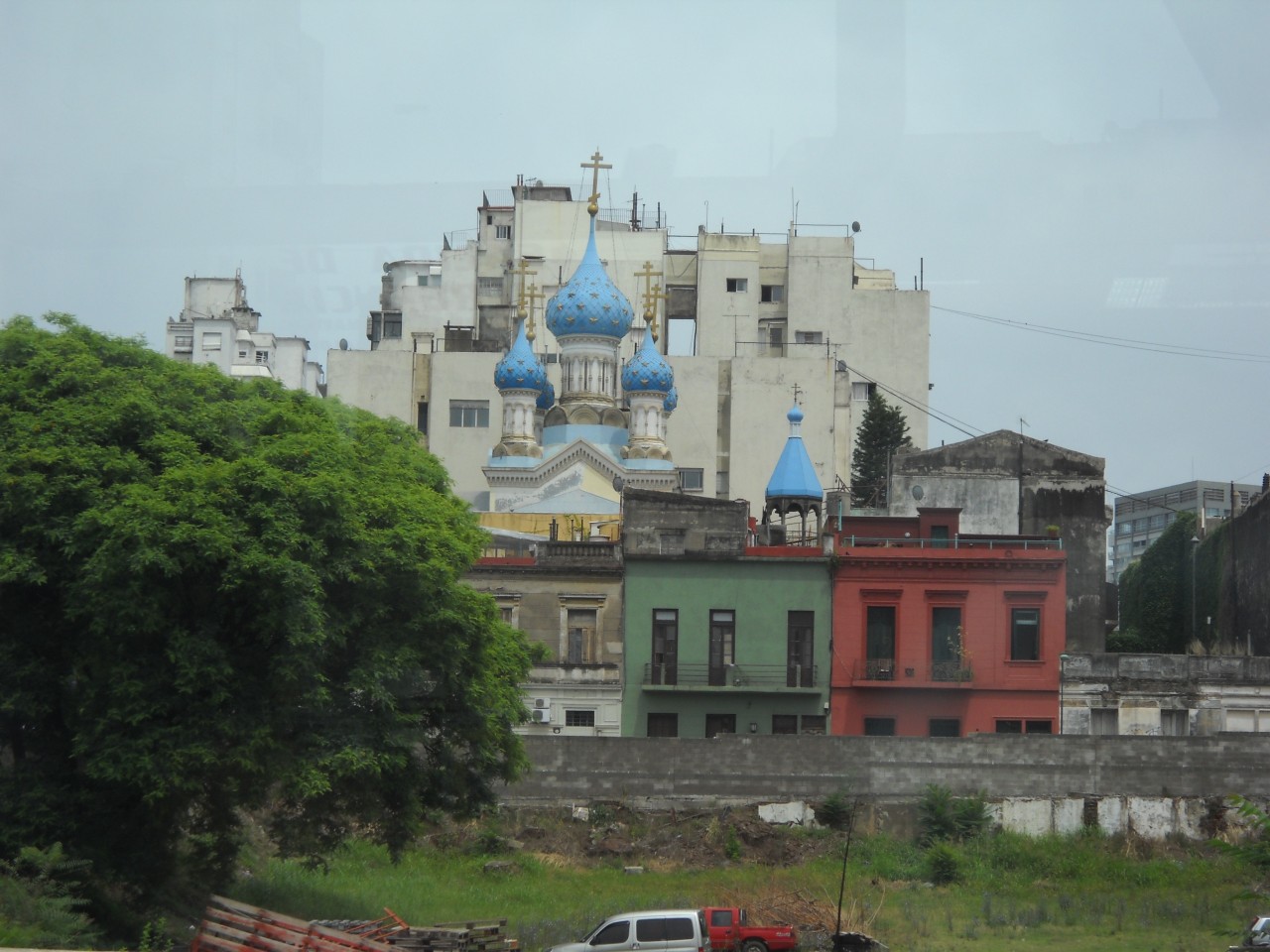 Discovering South America's History in a Nutshell,...
What to do When a 14-Day Cruise Trip to South Amer...