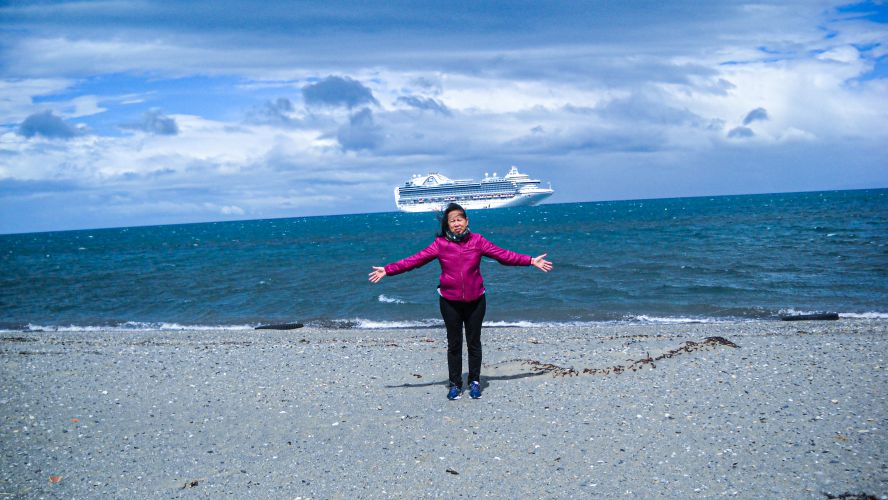 You can't be but impressed by the backdrop of the Andes around Santiago, Chile. It's beautiful. I can imagine the beautiful vista in the early spring with the snow-capped mountain peaks Chile and Argentina forms that spine of the South American continent. Unlike Argentine, Chile is long and narrow, squeezed between the Andes and the Pacific Ocean. Nevermore than 220 miles wide, it extends over a 2700 mile coastline. Within this narrow strip lies the driest of deserts, a rainforest, glaciers, and fjords. Stretched over the Pacific "ring of fire," Chile has over 2000 volcanoes, of which many are active. In some parts of Chile, in the Lake District mostly, earthquakes are a weekly occurrence. To the north is the Atacama desert, some 14,000 feet above sea level. Its eastern boundary runs along the Andes, giving Santiago that beautiful mountain setting. South of Santiago is the Lake District with about 20 plus lakes. Farther south, the coastline breaks into islands, and even further south is the Chilean Patagonia. 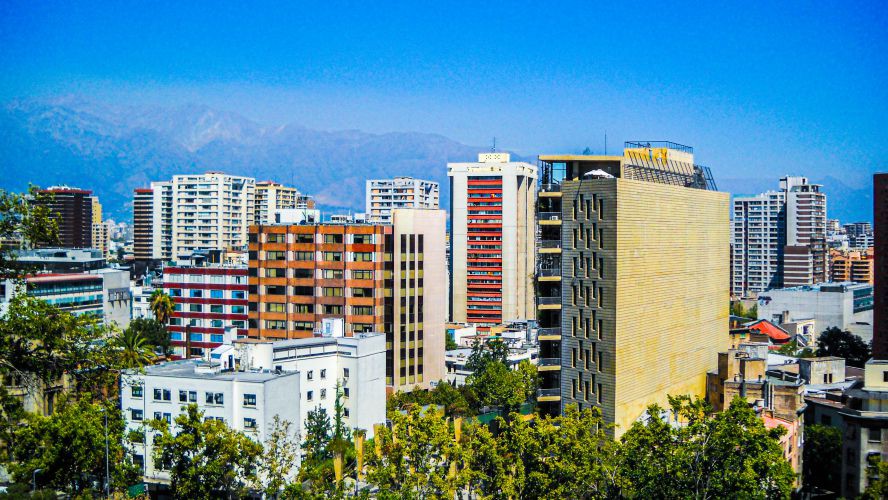 Santiago is a Cosmopolitan City

Santiago is Chile's capital and its largest city. Santiago has a beautiful downtown area with 19th-century neoclassical architectural buildings, and winding streets dotted with art deco, neo-gothic structures. Unfortunately and alarmingly, graffiti was everywhere, especially in the downtown area. Graffiti defaced even the beautiful monuments. Valparaiso and Vina del Mar were similar.

We stayed outside Santiago downtown in an area called Las Condes. I was initially concerned about staying in the suburbs, but Trip Advisor convinced me otherwise. After seeing the graffiti from Valparaiso, Las Condes was a welcome change. Beautiful area, reasonably new, upscale neighborhood, and there was NO graffiti in sight. We stayed at a Courtyard by Marriott that had a beautiful location next to an extensive entertainment and shopping center. The Hop On Hop Off bus central station was in the nearby shopping center. We had taken a post-cruise excursion from Valparaiso to Santiago, and this point, we were "toured out." We just wanted to relax and enjoy the hotel after our cramped rooms on the boat. We walked around the neighborhood and had a Chilean meal. The hotel had a rooftop pool and extensive fitness facility where you can enjoy a beautiful view of the Andes. 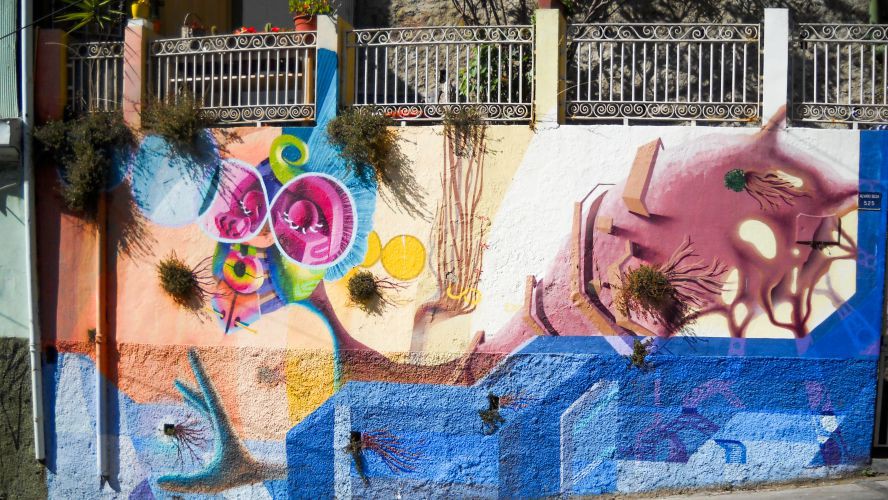 Santiago is the cultural, political, and financial center of Chile and home to many regional multi-national corporations. The executive and judicial departments are based in Santiago, but Congress meets mostly in Valparaiso, a resort town, 90 minutes away. Valparaiso is beautiful, so I don't blame these politicians for taking their work to the beach!

Santiago's cityscape is shaped by several stand-alone hills and the fast-flowing Mapocho River, lined by parks. Vineyards surround the city outskirts. Santiago is within a few hours of both the mountains and the Pacific Ocean. 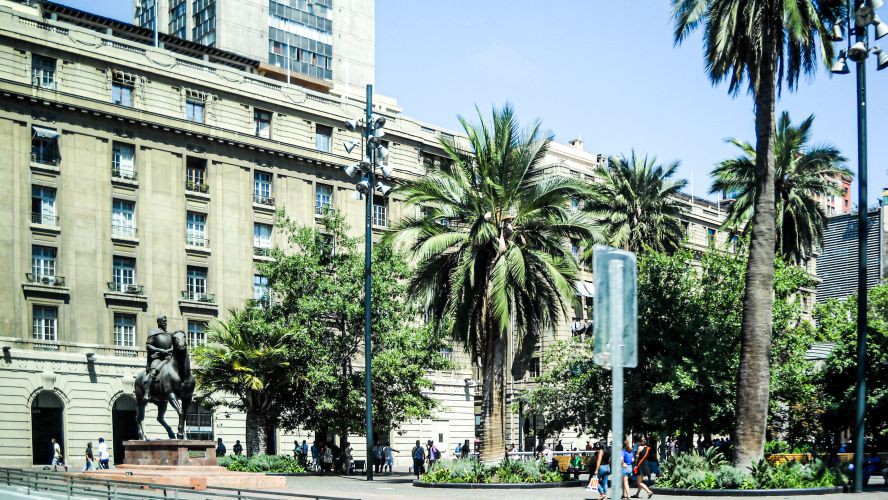 Most of the time, since its independence, Chile had the reputation of being somewhat politically stable. Political upheaval started in the 1960s, especially with the election of Salvador Allende in 1970. Allende was democratically elected but was a self-described Marxist. Local and foreign capital fled fearing nationalization and revolution spurred by rampant inflation.

About 3000 people perished. Augusto Pinochet, leader of the coup, crushed the left. Tens of thousands were imprisoned, tortured, or exiled. The tide turned against Pinochet in 1988, and he was voted out of office.  Pinochet died in 2006, but before his demise, he was placed under house arrest during a visit to London, pending extradition to Spain on torture charges. 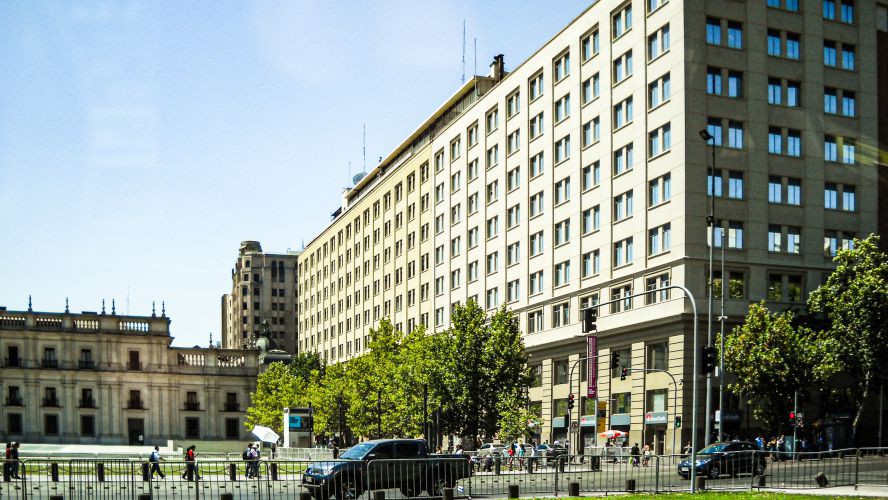 Discovery of the Ring of Fire

Pedro Valdivia traveled from Peru to descend from the Andes on their way to the Pacific Ocean. They landed at the foot of the mountains, at the point where the Mapocho and the Maipo River meet.  This area became Santiago in 1541. Until the early 16th century, Pincunches Indians, who were subject to the Inca Empire rule, settled the land. The Incas used the settlement as a stopping point for expeditions going south.

Pedro Valdivia established the settlement on behalf of King Carlos I of Spain. Early Santiago settlements grew despite frequent indigenous attacks, epidemics, and a series of earthquakes and floods. The reign of Ambrosio O'Higgins in the mid 18th century oversaw the opening of the road to Valparaiso, the major port. Bridge and embankment projects connected the cities north and south of the rivers, including plans to control flooding of the Mapocho River.

Chile has produced wines for centuries, but only in the 1980s did the vineyards begin to export. The conquistadors introduced wines in the 16th century for the Catholic communion. The first commercial winery was established in 1851 when the French vine stock arrived in the Maipo Valley, where the heavy lime soil, elevation, and dry climate were ideal for wine production. 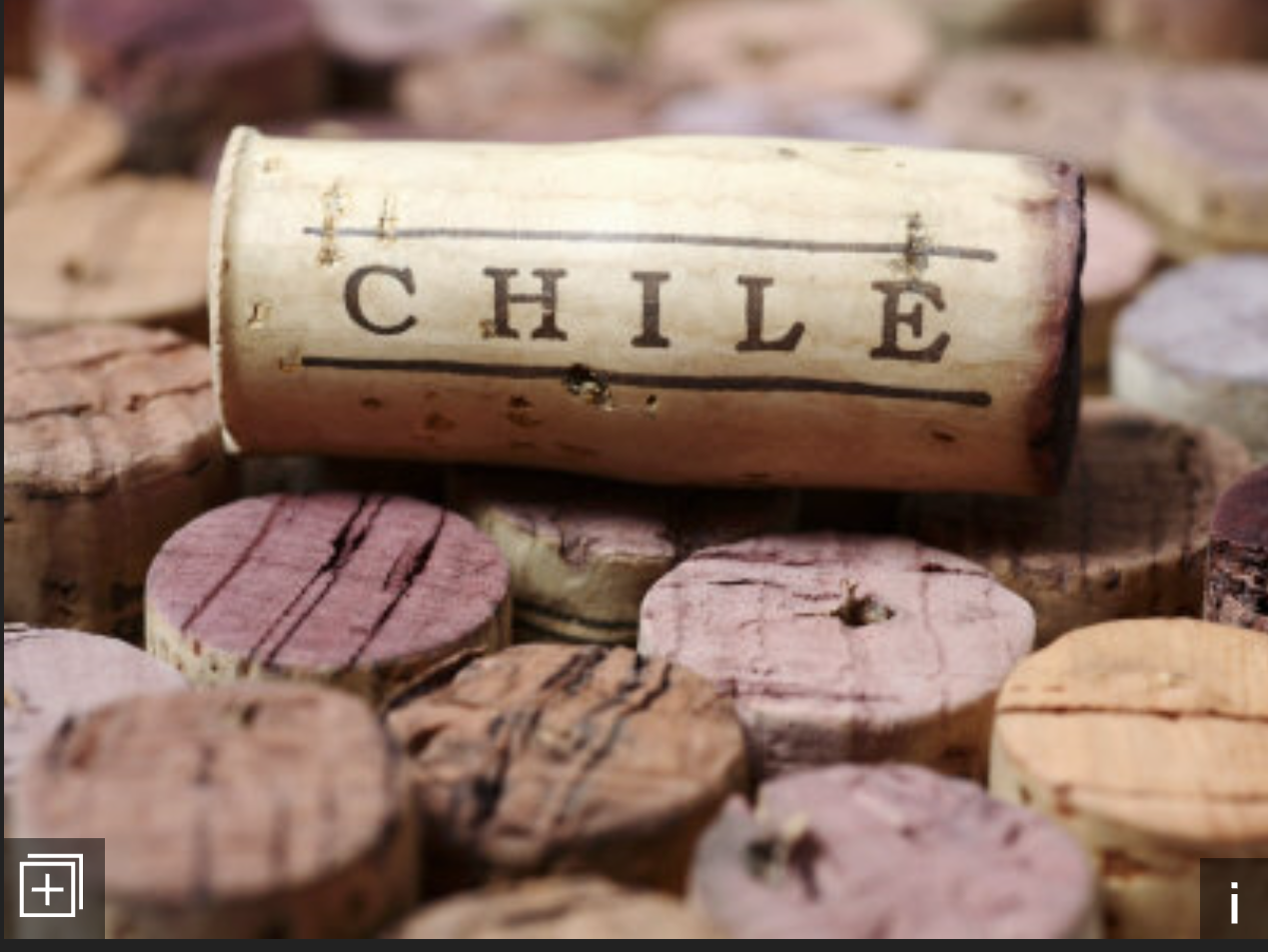 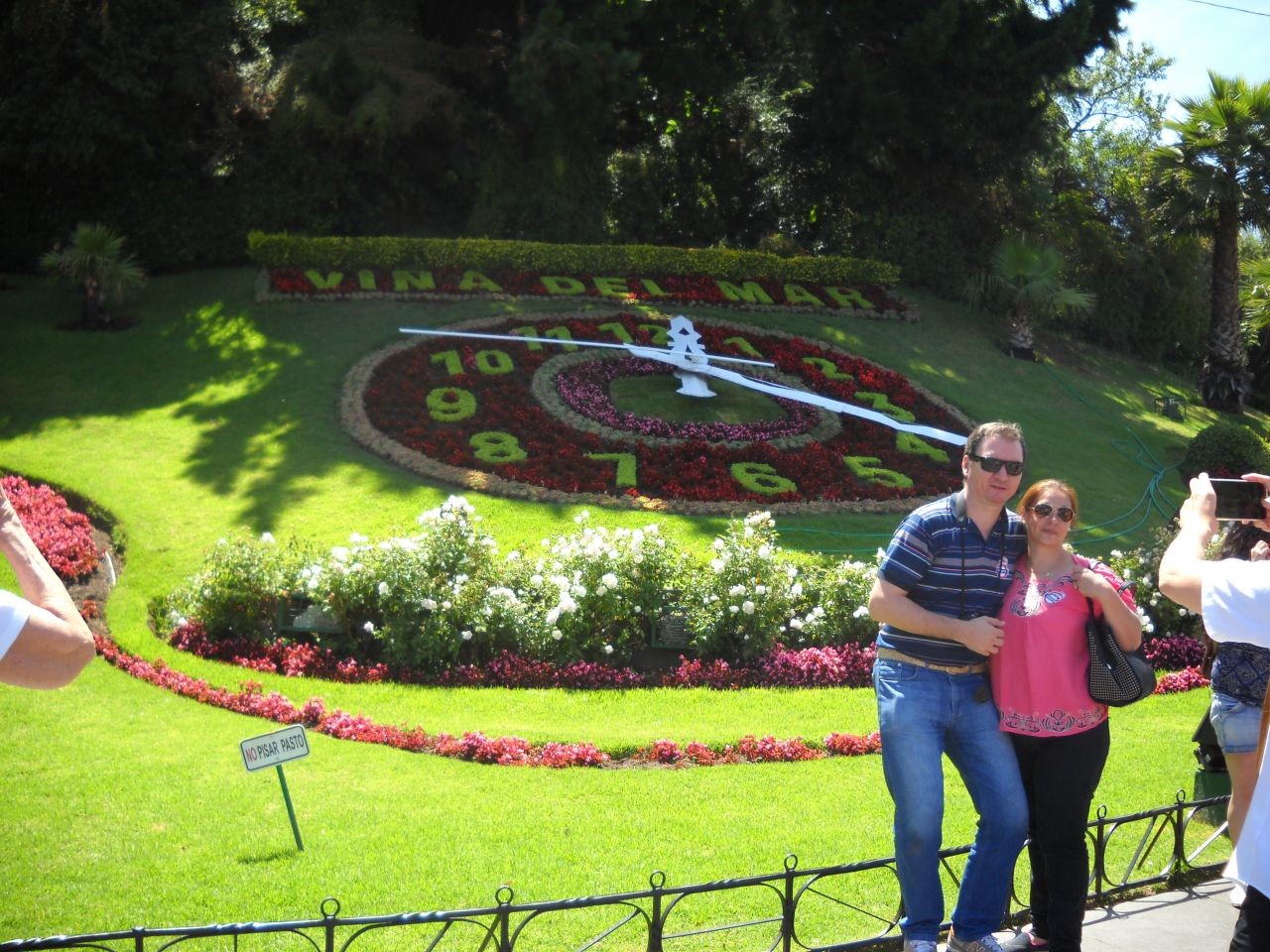 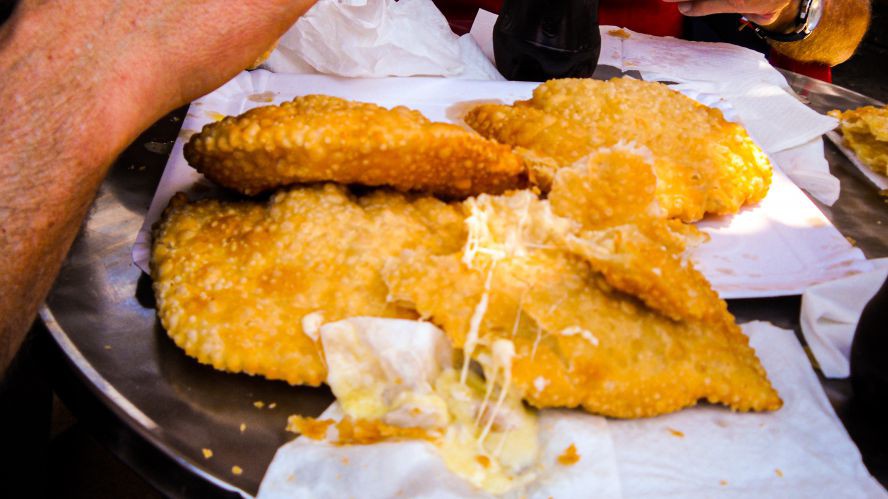 Punta Arenas is a port city on the rolling hills on the Strait of Magellan at the southern tip of Chile. Magellan discovered the path from the Atlantic Ocean to a strait between Punta Arenas and the (Chilean side) of Tierra del Fuego to the Pacific Ocean. He found the Philippines upon reaching Asia.

From the airport in Punta Arenas are flights to Antarctica and other islands on the Chilean Patagonia. 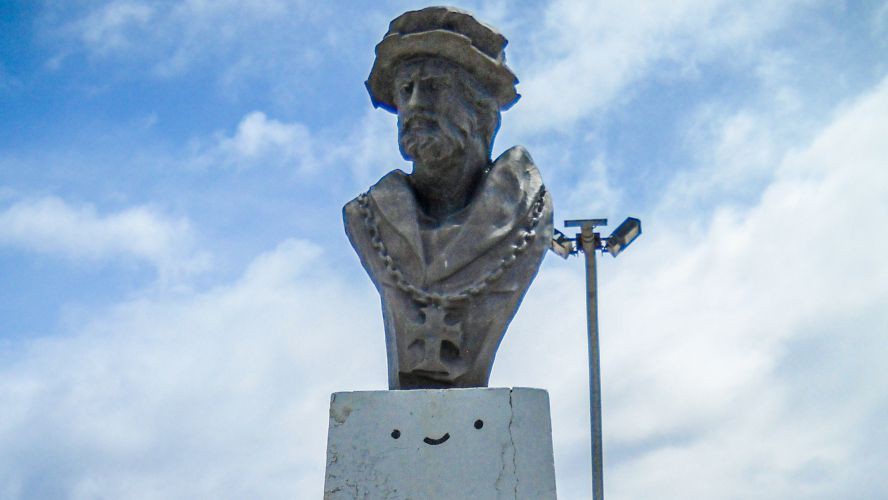 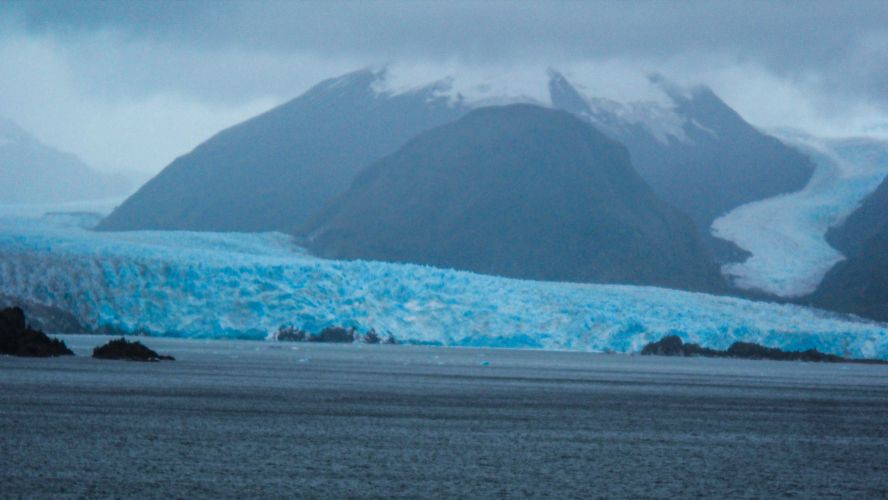 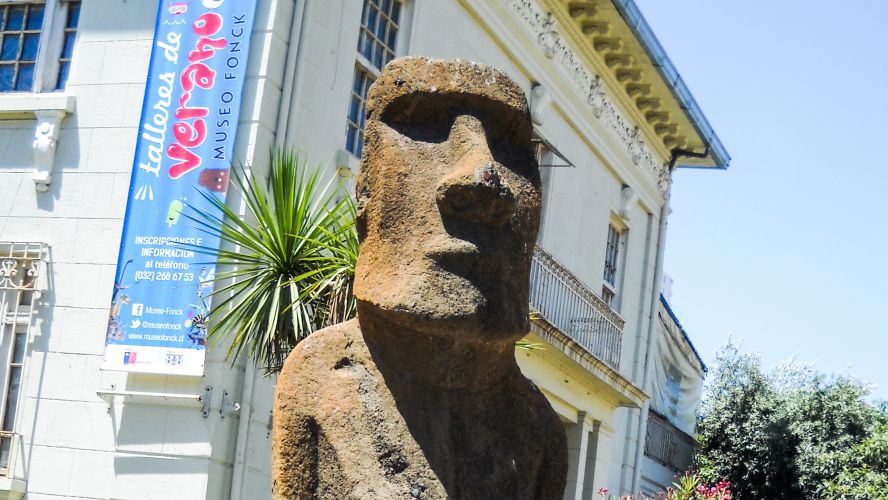