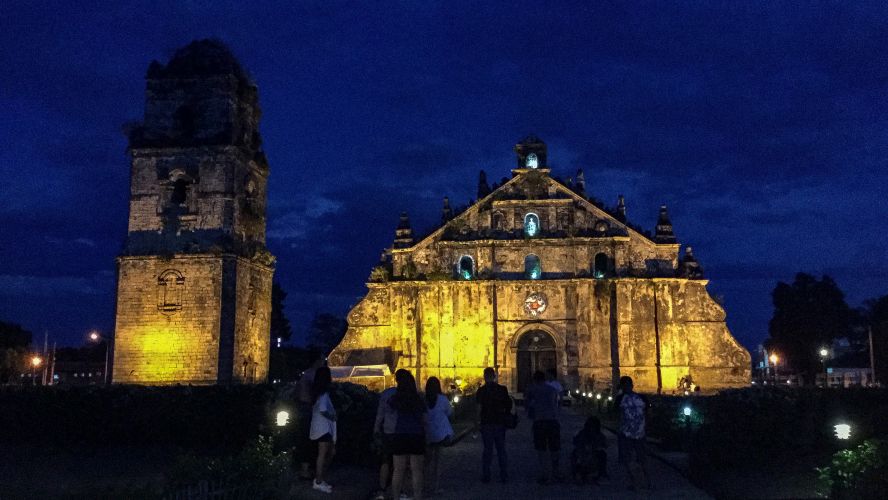 Not many people will know that the Philippines was once the colony of Spain for 300 years. In the city of Vigan in the province of Ilocos Sur in the northwest Philippines is a district that preserves this Spanish colonial past. You will see a glimpse of 19th-century life under Spain that blended with the regional Ilocano and Chinese population of the time. 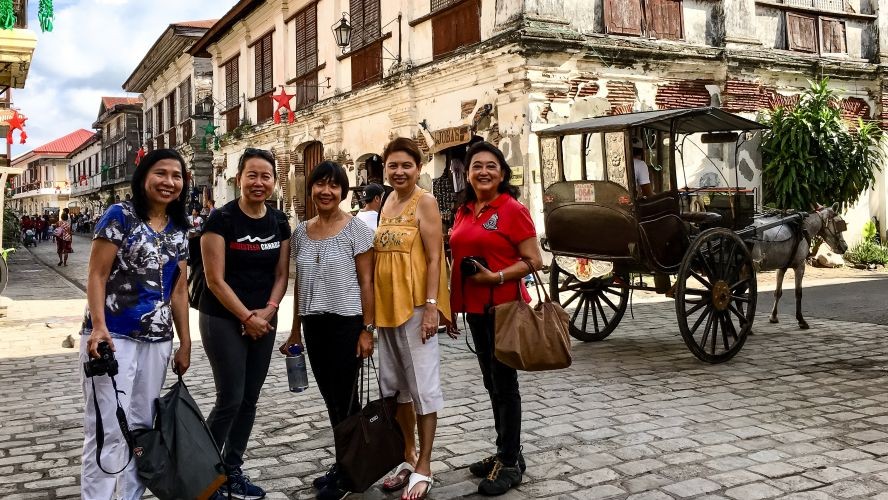 In the golden years of Spain in the 16th century, Ferdinand Magellan, who was Portuguese, found the western route to Asia. He discovered the Cape of Good Hope around South America and stubbled on to the Philippines in 1521. The Philippines is named after King Philip II of Spain, who was the monarch then. Magellan was killed in a small island of the archipelago by a local "datu" or tribal leader. The Philippines became a stronghold of Spain in Asia, implementing a lucrative galleon trade between Asia, Mexico and the Americas, and Europe. This long history with Spain continues to be an integral part of the Philippine culture in terms of religion, language, cuisine, and heritage. The country is predominantly Catholic (85%).

Spain lost to the United States in the Spanish-American War in 1898 and acquired the Philippines, Guam, and Puerto Rico. Cuba was part of the agreement, but, technically, Cuba gained independence, although the United States occupied the country. It was a colony of America until after WWII. The country is very western leaning, and a staunch ally of America, most of the time, depending on the elected president. 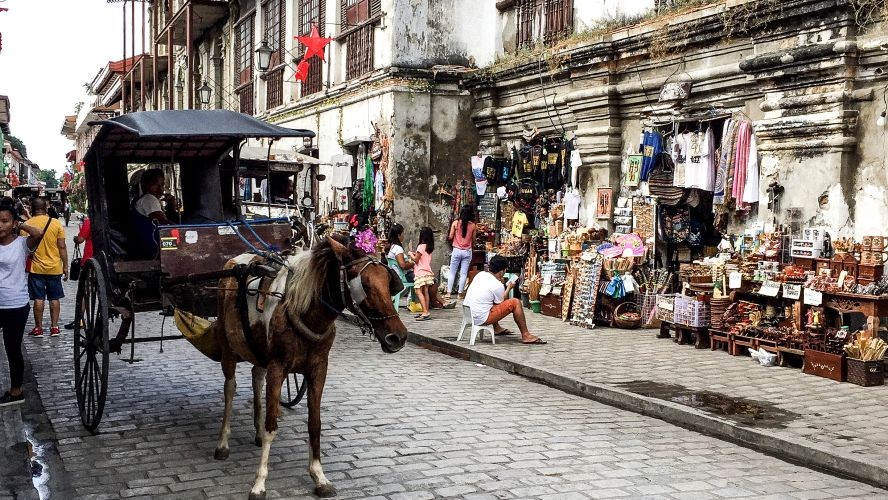 A Calesa (Horse and Buggy)

The Mestizo District in downtown Vigan has several examples of colonial homes from the 19th century. The houses are a mix of European, Chines, and Ilocano traditions and influences. Calle Crisologo is an authentic cobblestone street where you can take the traditional "calesa" ride.

This historic district is a UNESCO World Heritage site. 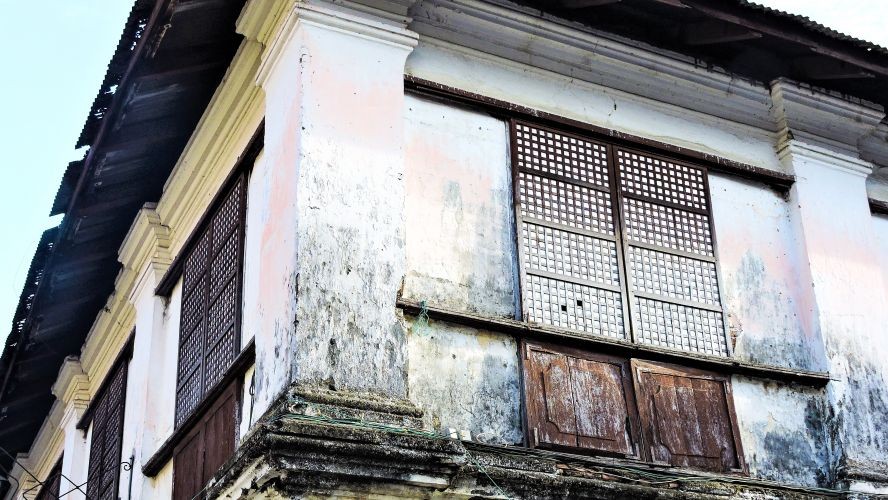 Where is Vigan, Ilocos Sur? 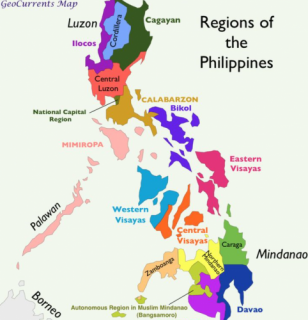 Map of the Philippines

Vigan is a city located on the western coast of the largest island of Luzon in the province of Ilocos Sur. The South China Sea, now called the West Philippine Sea, forms its coastline.

Way back in history, Vigan's coastal location made it a well-known settlement to Chinese traders and merchants even before the Spanish arrived. The Spanish settlements began in 1572 when it quickly became a key trading port in the Manila-Acapulco maritime trade.

For 250 years, between 1565 and 1815, Spanish trading ships or "galleons" sailed once or twice each year between Acapulco, Mexico, and Manila, bringing goods for the Spanish empire.

The first diocese in Vigan appeared in 1595. There are several beautiful old churches in Ilocos Sur and Ilocos Norte. It was interesting to see how bell towers built a distance from the church proper due to frequent earthquakes. 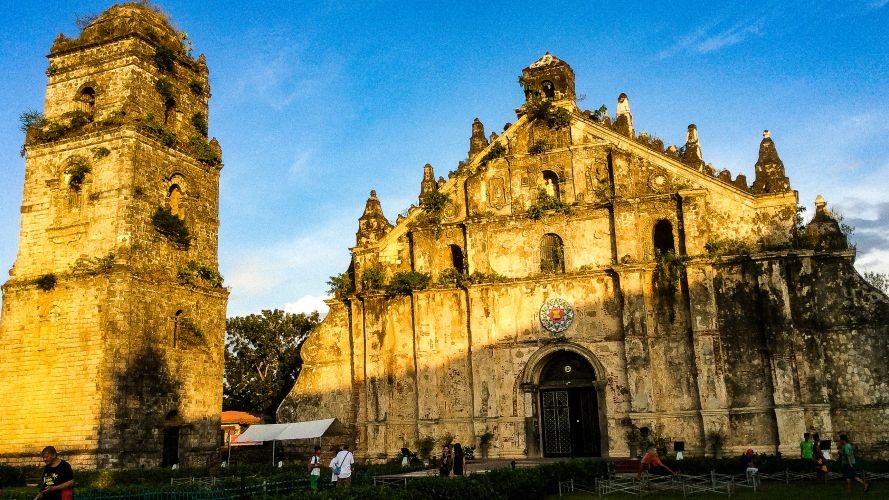 We visited the home of a former president, President Quirino, which belonged to his wife's family. There were many Chinese accents in this house as she was a descendant of wealthy Chines-Filipino traders.

The houses were typically two-story houses with the main reception and living quarters on the second floor. Guests would arrive by calesa on the first floor and then climb wind wooden stairs to the reception.  Because of the hot weather, windows were built in front of the house for ventilation. There were vertical slats below the window for added ventilation, especially at night, when the top windows were closed for privacy. The houses had an interior patio that was part of the family's living quarters. The patio was a quiet, shady place that would allow the family a break from the heat. 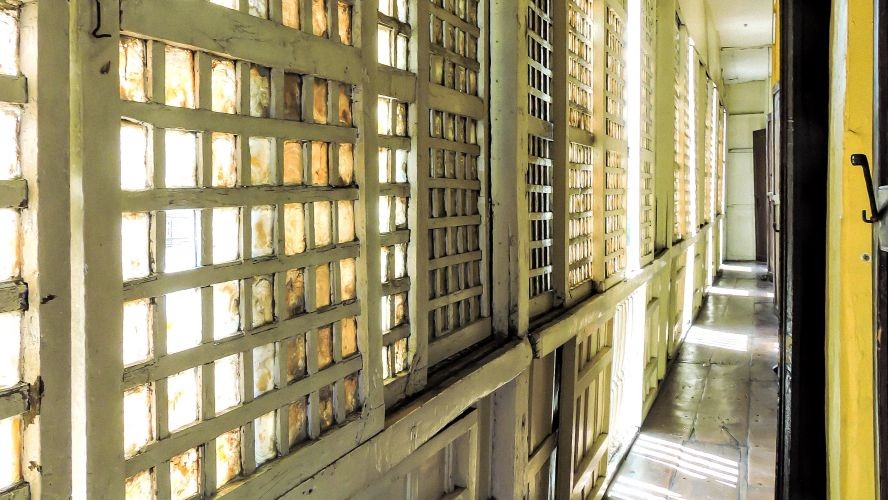 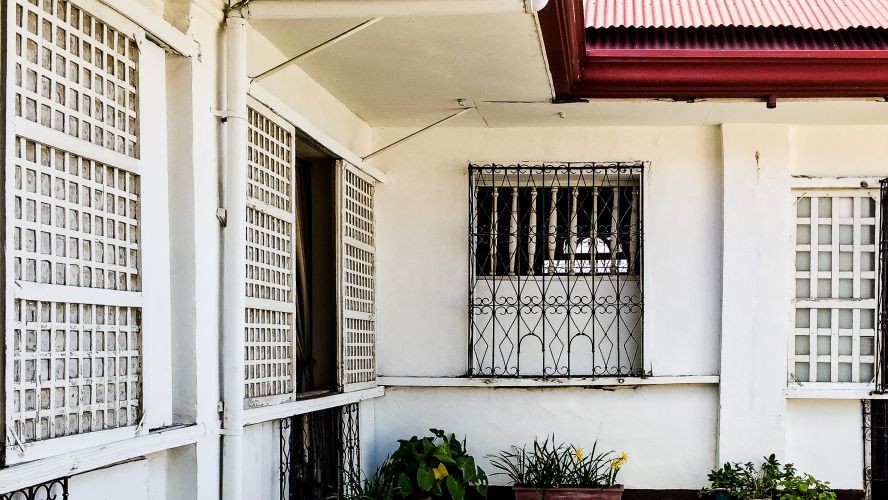 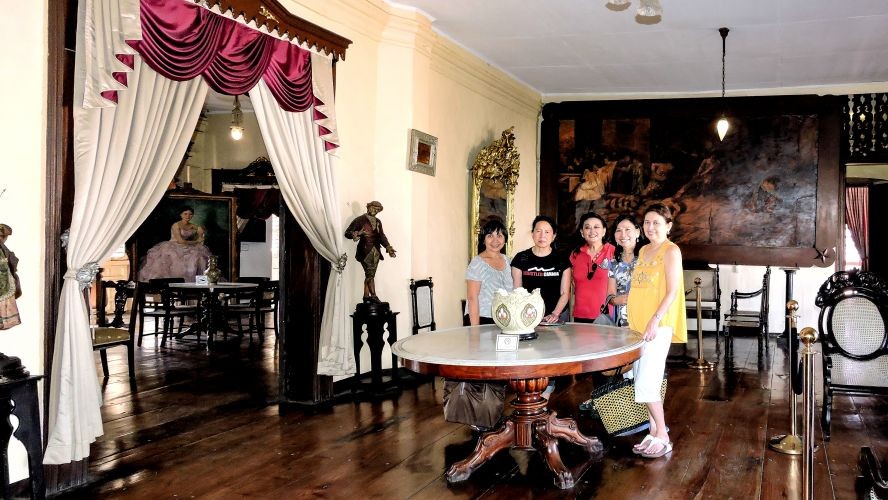 A few miles north of Vigan, is the sister province of Ilocos Norte. Ilocos Norte is at the very northwest tip of Luzon. This province is famous, or notorious for being the hometown of the former dictator, Ferdinand Marcos. His children are still active in Philippine politics and govern this province.

Like Ilocos Sur, Ilocos Norte was also a port with an active galleon trade. A church was always a central point of the city next to a Colonial administrative office. 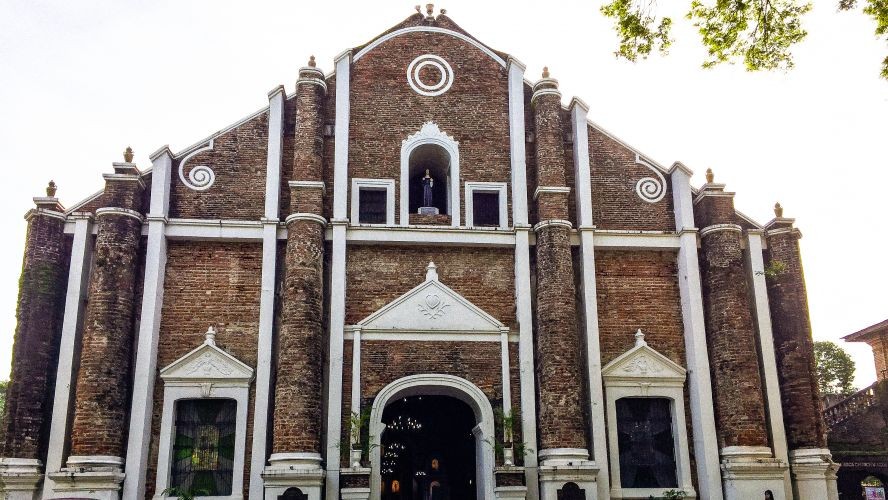 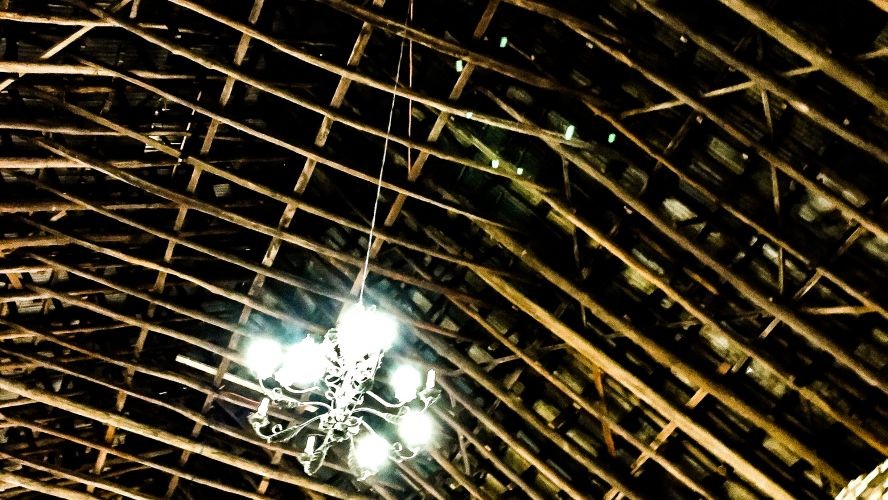 I was impressed with the beaches in Ilocos Norte. The white sand and blue waters are a nice change from the black sand beaches found in many Philippine beaches. The beaches are not as highly-frequented by tourists because it is a little further north, which could mean a ten-hour drive from Manila.

The Patapat Viadict is a scenic causeway that skirts the tip of Ilocos Norte around the top end of the island of Luzon to the Cagayan Valley.

And finally, there is the Cape Bojeador Lighthouse, a cultural heritage structure built in 1892.  It is set high on a hill overlooking the scenic Cape Bojeador where early galleons used to sail by. It still functions and serves ships entering from the north. The lighthouse is one of several Spanish era lighthouses in existence. 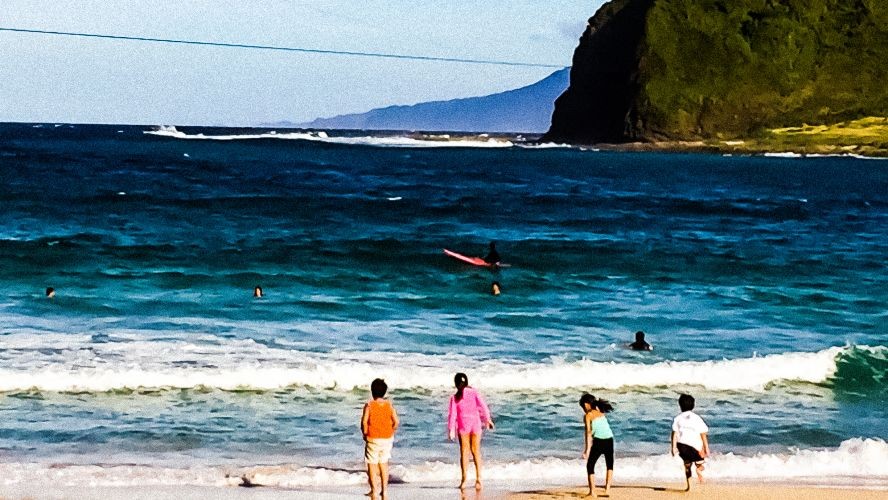 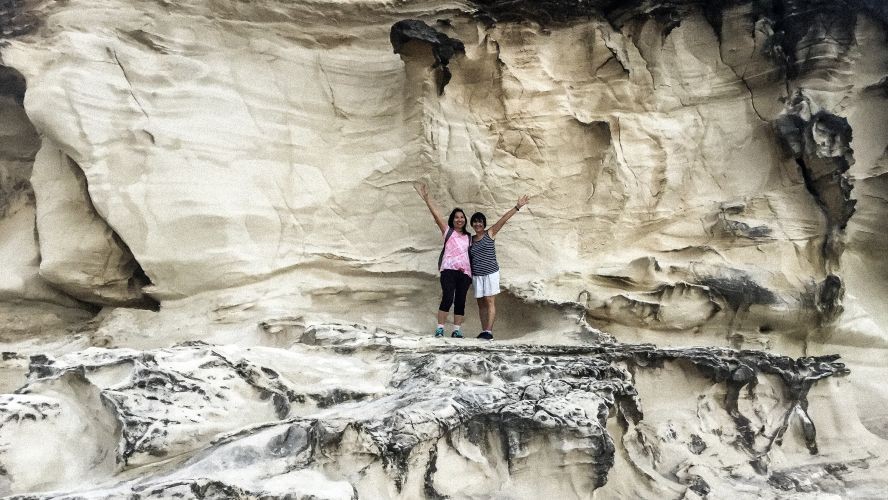 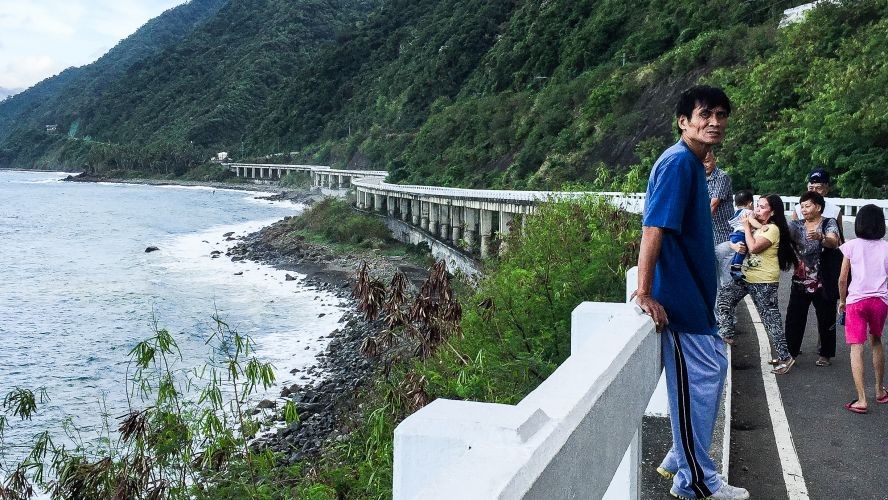 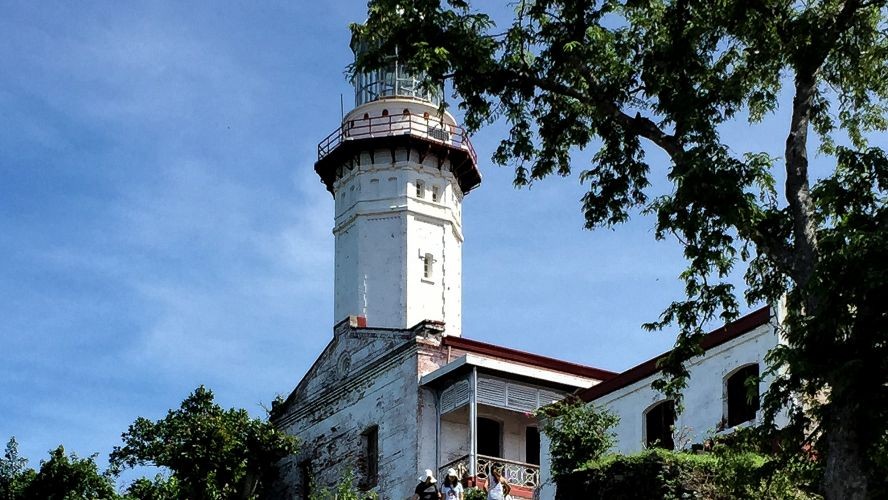 The Do's and Don'ts When Getting a French Long-Sta...
Royal Canadian Mounted Police Are Fondly Called Th...