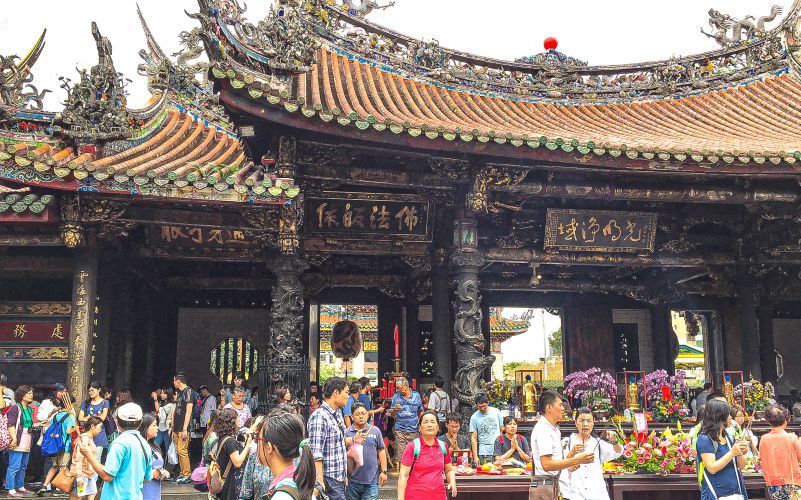 Taipei was never on my top bucket list destinations.  I had impressions of a little bigger China Town, packed with people and a little messy.  How wrong I was!  The New Taipei reminds me of Hong Kong in its heyday before the takeover, when Hong Kong had its own identity.  Today, Taiwan is the new face of the Taiwanese that is not Chinese. 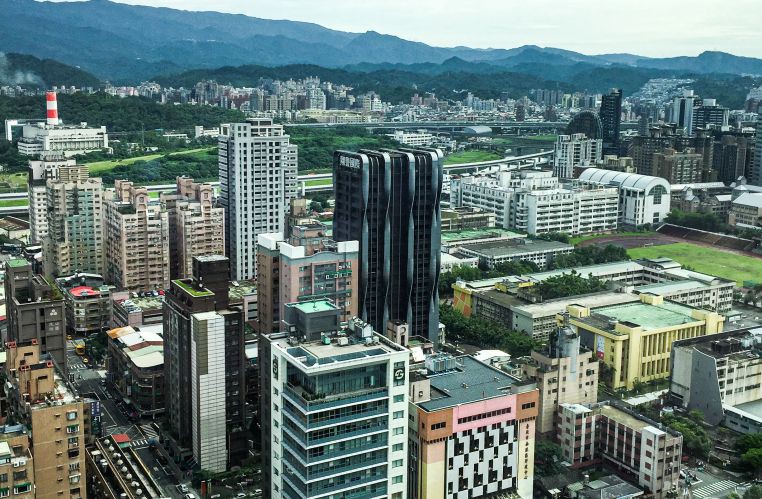 My brother mentioned Taipei to me, last summer, as a place his family goes to quite frequently. He raved about the food, the city, and the amiable people. Taipei has become a popular culinary destination in Asia for traditional or fusion Fookien cuisine.

I traveled on Delta Airlines to Taipei to meet my old friend, Terri, who went there from the Philippines. More than just the food, I was pleasantly surprised to see the transformation of Taipei. It was modern, clean, and organized, so unlike other Southeast Asian cities, and so unlike China. If you've been to China, you know what I mean.

It reminded me of Hong Kong in its heyday. It was never just Chinese; it was Hong Kong Chinese. Taiwan, with its new face, is Taiwanese, NOT Chinese. 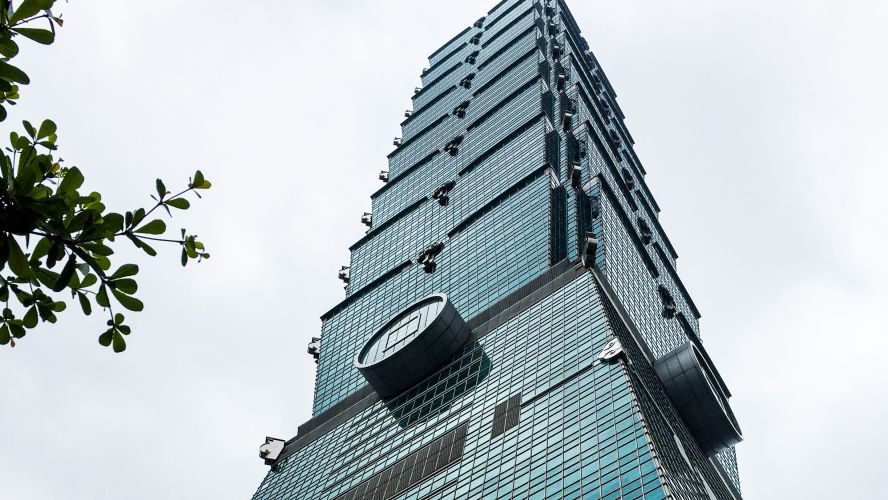 The Taipei 101 building is the iconic symbol of the new Taipei. Someone told me that the building looked like a stack of take-out boxes, and it does. It was the tallest building in the world for many years, but today, it stands as #8.

The tower is in the Taipei East section, which is very modern with wide boulevards, beautiful parks, and high-rise buildings.

Taiwan is now a leader in semiconductor manufacturing and electronics. This small country is the 21st largest economy in the world!

The people of Taiwan are very proud of their country. Its economy is strong, forward-looking, fast-paced, and an example of Asian progress. More importantly, it is successful without the help of China or despite China. 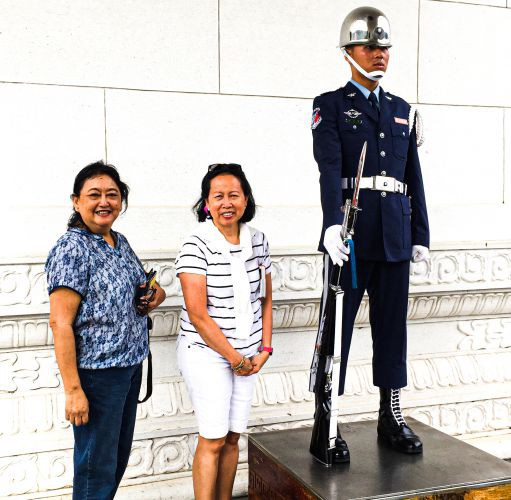 Chiang Kai-Shek fled to Taiwan soon after WWII when China was taken over by the Communist Party under Mao Zedong. From all accounts, Chiang Kai-Shek's regime was very oppressive, and he had no interest in running the country, except to use it in his quest to re-claim mainland China.

For years, Taiwan was impoverished, backward, and mismanaged until the 1990s. Newly elected officials started paying attention to the infrastructure and economic needs of the country. They were no longer pre-occupied with the takeover of the mainland, and the priorities of Chiang's Nationalist Party.

So New Taipei is at hand.

I was surprised that Taipei was clean, not to humid (at the time), and easy to get around. People were friendly. They spoke better English.

It's all relative, of course, but I did not feel intimidated or frustrated when asking for directions. It is still better to have destinations written out in Chinese characters, but there was always some pedestrian who could speak understandable English.

Its metro system and bus systems are easy to use and well marked in English and Chinese. The ceiling height of the metro train is pretty low, so taller travelers may need to watch their heads.

I would say than Taipei has the cleanliness and efficiency of a Tokyo, but obviously, not its classic beauty or sites. Western travelers will find Taipei very agreeable, safe, and non-threatening for a Chinese city. 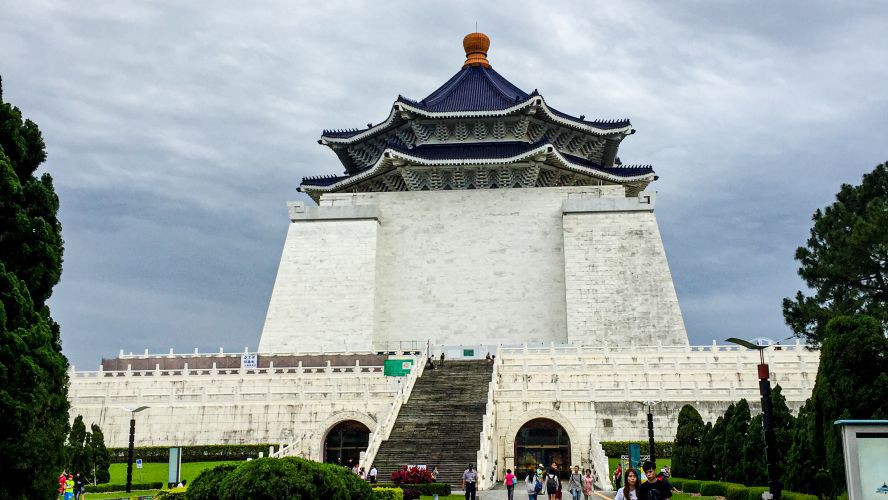 Taiwan went through successive cycles of colonization - the Portuguese, Spanish, Dutch, Chinese, and Japanese. Indigenous tribes, however, have occupied the island of Taiwan, going back to 3000 BC. There were 19 know tribes on the island that practiced agriculture. They disappeared in the aftermath of colonization.

The Portuguese were the first in 1544, and they named the island "Ilha Formosa" or beautiful island. It was called Formosa up to the 20th century. The island acquired a reputation for aggressive head hunting aborigines. The Dutch and the Spaniards followed, but it was eventually taken over by the Ming Dynasty in 1622. They used the island as a base to plan the takeover from the Ching Dynasty.

Under Chinese control, a wave of new settlers poured into Taipei, mostly from nearby Fujian province. By the mid-1700s, Taipei had become a collection of prosperous neighborhoods of people, mainly in the business of trading.

For centuries later, the Ching Dynasty loosely governed the island through fiefdoms or warlords. Japan took over in the 1800s, and everything changed. 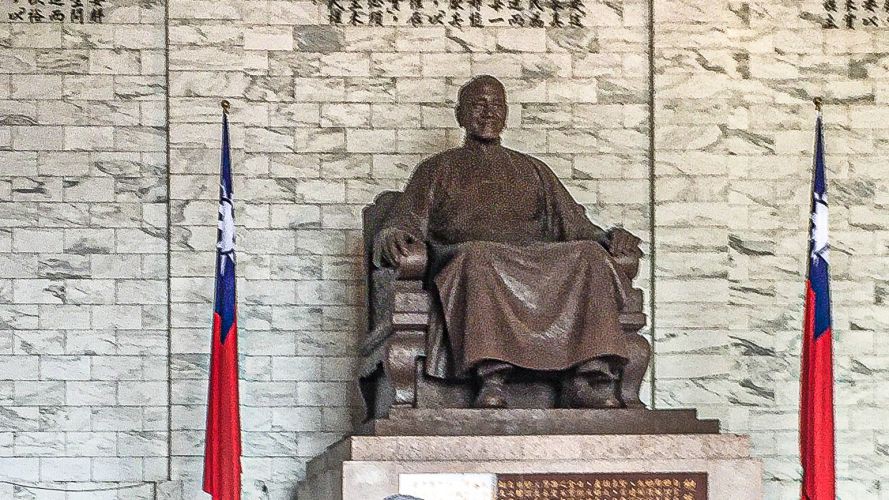 Taiwan was ceded to Japan in the First Sino-Japanese War in 1894. The Japanese were harsh rulers, forcing the Taiwanese to learn Japanese and strip mining the island's resources to fund the imperial army.

The rigorous Japanese discipline, however, brought the fractured clans under one government, which ended the constant plundering, gang violence, and banditry.

The Japanese tore down old city walls built roads, harbors, railroads, power plants, and light industry. Many Taiwanese went to school for the first time with school construction. This progress continued until the end of WWII when Taiwan returned to China under Chiang-Kai-Shek.

With the collapse of the Ching Dynasty in 1911, China went through a period of political upheaval. They then established the Republic of China under the leadership of Dr. Sun Yat Sen. He failed to bring stability to the country.

There was a power struggle between the Nationalists or Kuomintang under Chiang Kai Shek, and the Chinese Communist Party under Mao Zedong.  The country plunged into civil war in 1946 between the American backed, Kuomintang, and the Russian backed Communists. The power struggle in China brought the People's Republic of China to power under Mao Zedone in 1949, and Chiang Kai-Shek fled to Taiwan that same year with more than two million ragged immigrants from the mainland. 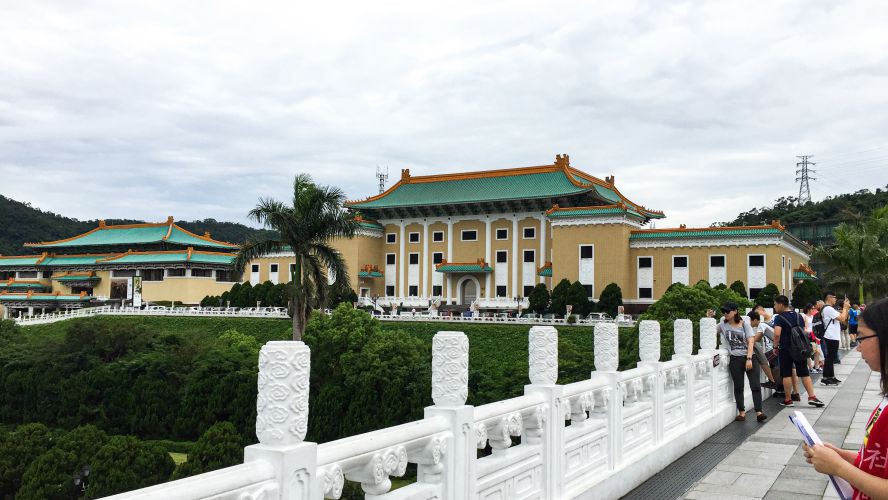 Taiwan becomes the base for Chiang's Republic of China. His rule of the island was highly oppressive and vastly different from the efficient government of the Japanese.

The world changed for them in 1971 when the UN admitted China and expelled Taiwan. In 1972, Richard Nixon visited China and formally recognizing the People's Republic of China.

Taiwan went through two years of political upheaval until the pro-democracy movement began to take root throughout Asia in the mid to late 1980s.

Martial law ended in 1987, and travel to China was allowed for the first time since 1949. The country was renamed "Taiwan" from Formosa.

The rest, as they say, is history.

From an agricultural economy, they transitioned to light industry and infrastructure in the 1970s then to electronics in the 1980s, long before other countries in Asia caught on. They would become a leader in semiconductor exports in the 1990s and on. 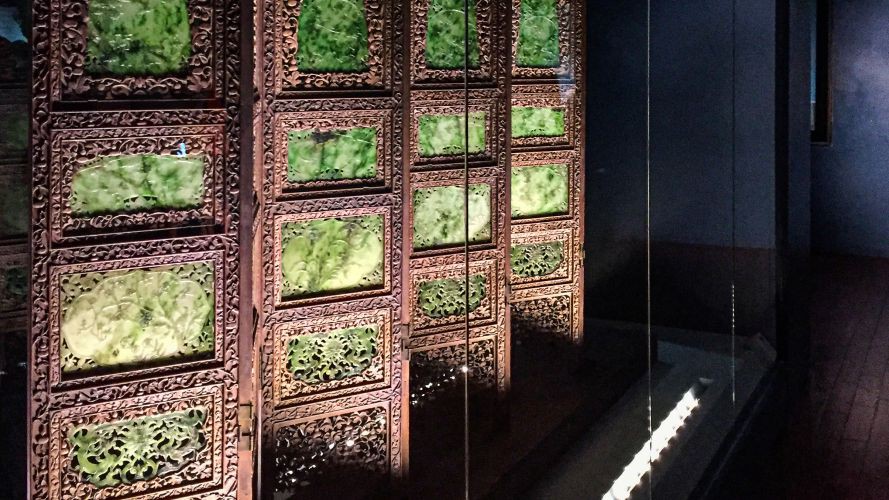 If you want to learn more about Taiwanese history, check out the National Palace Museum. It has one of the world's most extensive collection of Chinese art treasures, artifacts, and documents, which were personal possessions of emperors or part of the imperial archives. The treasure trove has its origins from the Song Dynasty (960-1279) to the Ching Dynasty. The best of the collection - over 13,000 crates - was secretly hauled away for safety shortly before the Nationalists fled the mainland. 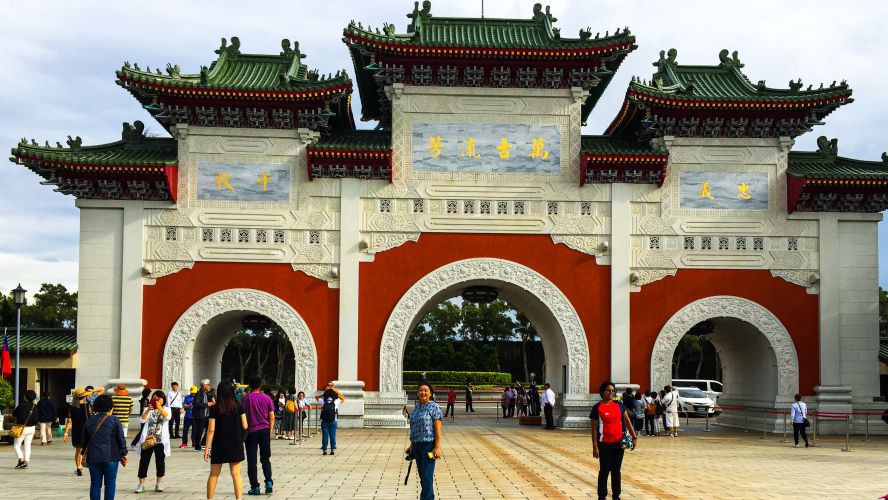 Foodie Experience in the Night Market

Since the 1990s, Taiwanese cuisine has undergone a renaissance. Traditional Chinese meal, served in restaurants with typical red and gold décor and Formica tables, are making way for the next generation restaurants focused on pan-Chinese fusion cuisine, heavy on the flavor but light on the oil.

Street snacks are the most loved local food found in the many night markets. Food is typically freshly cooked. Many stands concentrate on single dishes or specialties, but the variety remains. For the dedicated foodie, check out the list of favorite foods in Taiwan (http://edition.cnn.com/2015/07/23/travel/40-taiwan-food)

Given our time in Taipei, we chased down as many on the list of popular dishes. We enjoyed a delightful beef noodle soup made with rib-eye meat at Pin Chuan Lan restaurant.

In the process of trying to find this restaurant, we discovered the Zhong Zhen neighborhood, a friendly and trendy community filled with restaurants and unique shops.

I had a bad experience with the famous stinky tofu. With a name like that, I don't know how it can be a specialty. Try it if you must, but put it at the bottom of your list. 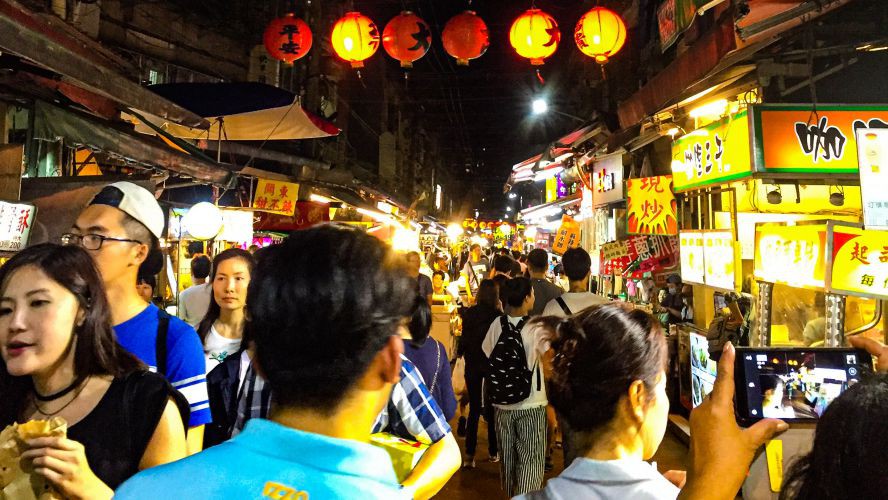 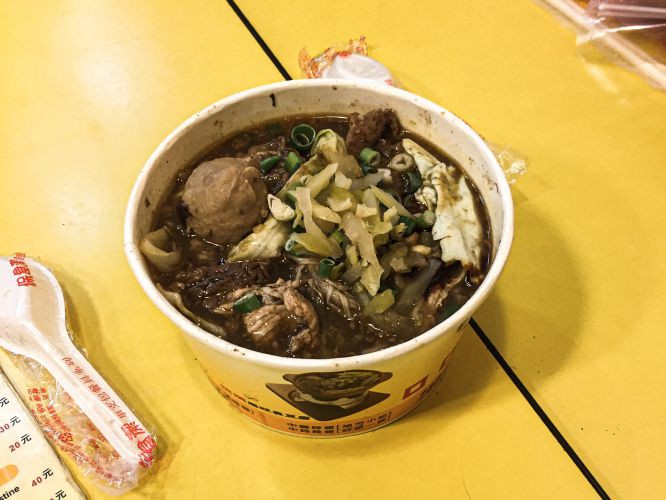 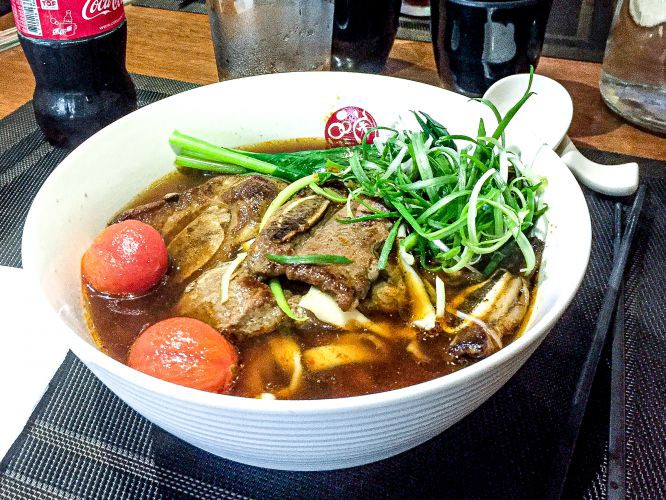 What to Expect Mountain-Trekking in the Philippine...
Four Friends and a King in Bhutan