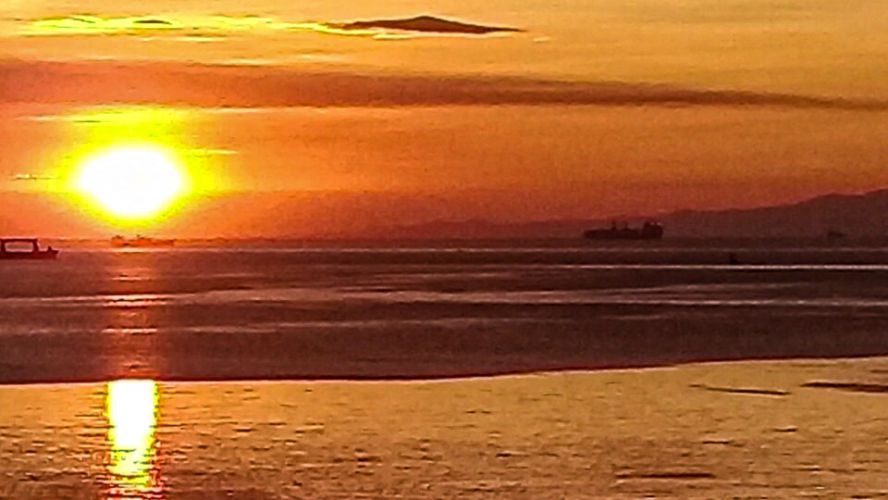 Yes, Manila is urban sprawl. It's overpopulated, traffic is mayhem, and the weather is hot and humid. But, Manila is a hospitable place. People are friendly, always with a smile. They understand westerners and speak a form of American English. Many ex-pats live here because they feel welcome, and it is downright homey. 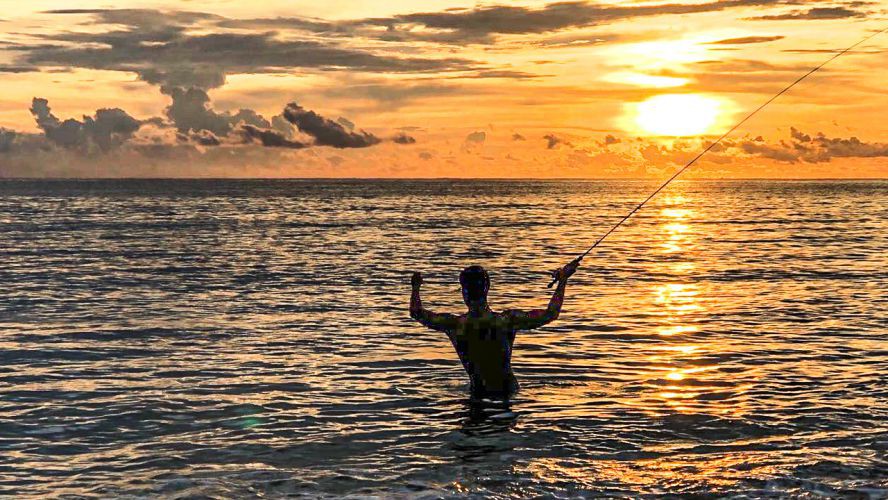 Fishing in the South China Sea

Manila is the capital city of the Philippines. With a metro area population of 12.8 million people, it is one of the largest cities in Southeast Asia. The Philippines is an archipelago with 7,100 islands. Its combined landmass equals the size of the State of Arizona but has a population of almost a third of the U.S. That's 103 million at current count!

The country is a lush tropical country, but to appreciate the Philippines, you have to overlook the congestion that is Manila. When I say Manila, I mean the whole metro area consisting of 17 cities and one municipality. With almost 13 million people in the metro area, there are no small cities.

Of the 17 cities, Makati is the most upscale commercial area. But, some of the wealthiest neighborhoods lie in the outskirts of this city. Manila is the only city that fronts Manila Bay. 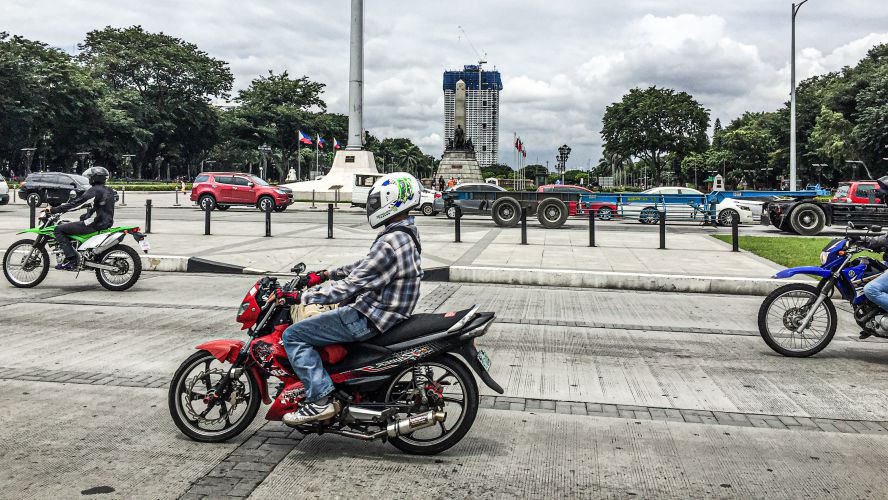 Many of us in the U.S. complain about traffic. Traffic in many Southeast Asian countries is chaos. Traffic would be so much better if they got rid of the jeepneys. These are the colorful but garishly decorated descendant of the U.S. Army Jeep. Enterprising individuals converted these jeeps into transportation after the war.

The jeepneys or Jitneys are inexpensive transportation used for circulation within a local area. They are loosely regulated, and you will understand what "loosely" means.

The tricycles, the Philippine version of the Tuc Tuc in Bangkok, are a menace. The glorified motorbike provides inexpensive transportation and jobs for tricycle drivers. 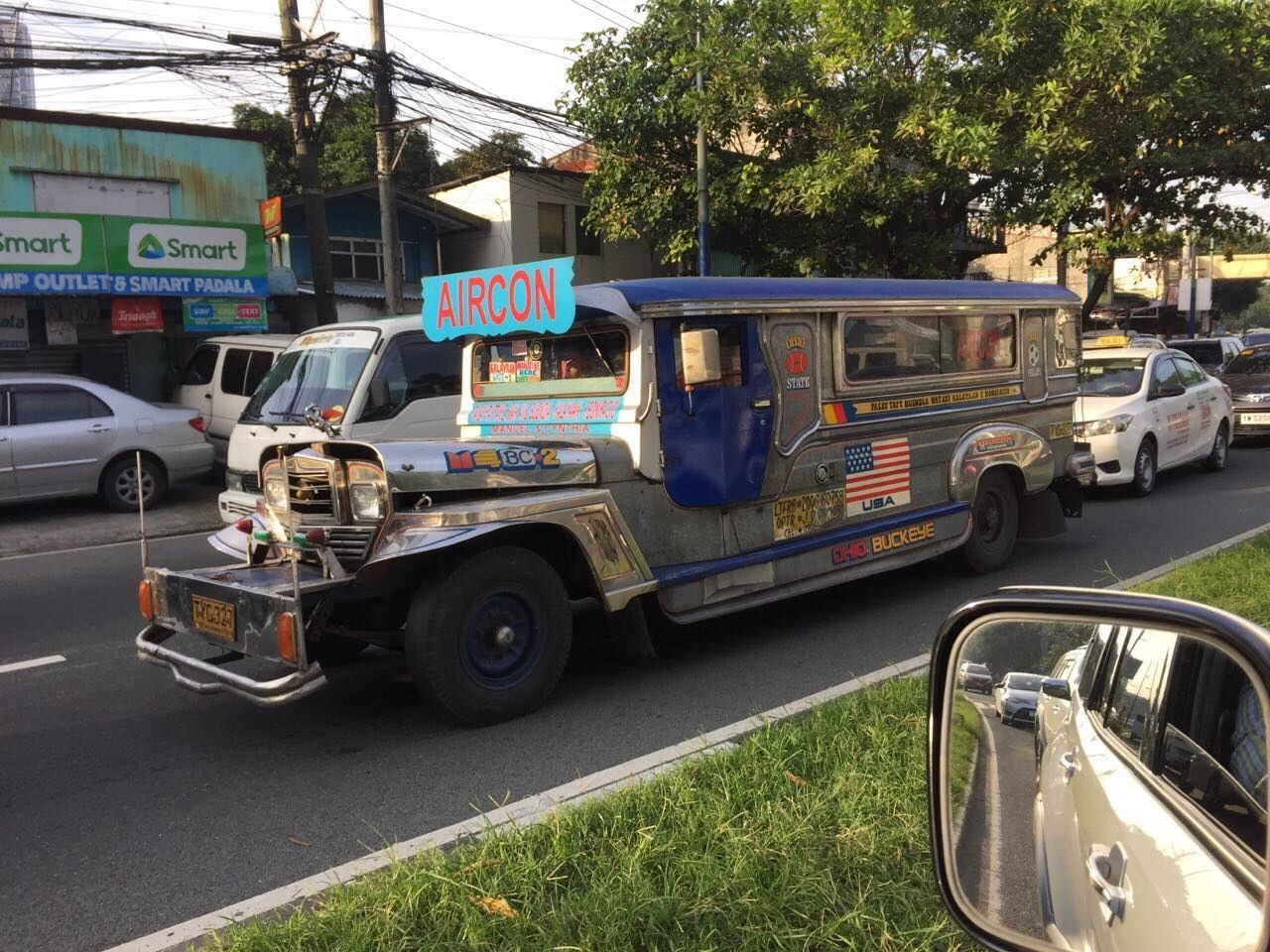 Then there are the motorbikes. Motorbikes are growing by leaps and bounds as an alternative to cars. You can get to your destination faster and cheaper by weaving in and out of traffic lanes or squeezing in between cars. I don't know how many accidents I saw with motorbikes  hitting other motorbikes or cars. I remember a stat given to me by my tour guide, Gon, in Bangkok. There are 6 million registered cars and 9 million registered motorbikes in the Bangkok Metro Area. I can imagine the ratio would be similar in Manila.

Manila is a growing city with high-rise construction everywhere. Some development companies are building new towns by buying large tracts of land, tearing down existing structures and starting over. There are well-planned life and work communities with new infrastructure, modern utilities, wide streets, green space, parking and services for residents and workers. It is hard to measure progress when you are overwhelmed by traffic congestion. 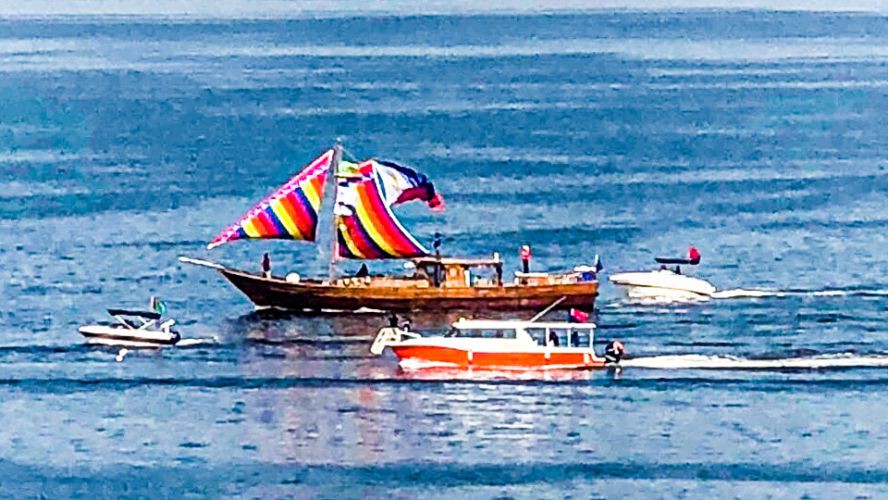 The Best Things About Manila 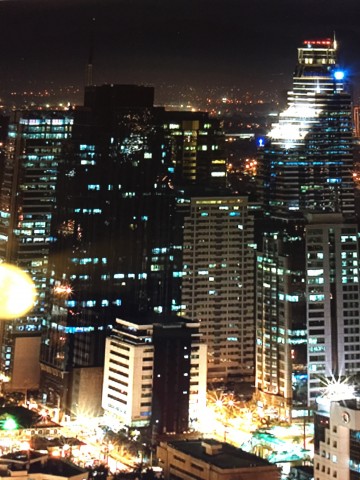 Here's a wee bit more history so you can understand the culture. Spain discovered the Philippines in the 1500s, and they stayed for 300 years. Before Spain, ethnic negritos, Malay and Chinese inhabitants settled in the country.

Spain introduced Christianity. Today, it is the only predominantly Catholic country in Asia. Spain lost the county to the U.S. in the Spanish American War. The land was a colony of America until after WWII.

The Japanese ruled the country during the war until Douglas McArthur made a victorious return in the early 1940s. It gained its independence in 1945. You can take a quick boat ride to Bataan and Corregidor to see America's history there during the Japanese occupation.

Long an ally of the U.S, it is very westernized. Schools are in English, so most will have a working understanding of American English. The local language is Tagalog, but most will speak a mix of Tagalog, English with some Spanish, called "Taglish."

What is so charming about Manila and the Philippines?

You will meet the most courteous and hospitable people in the world. Its culture is unique, unlike no other in Asia. It is a diverse mix of Malay, Chinese and Spanish heritage.

You will find the Spanish heritage in the religion, the food, and customs. There will be churches and universities dating back to the 17th century.

It would not be unusual to have Spanish first and last names. The Filipinos love nicknames. They can be derivatives of their given names or something completely outlandish, but always playful.

The Chinese were the historical traders in Asia.  The Spanish Colonial government allowed them to settle in the Philippines if they converted to Christianity. You will find one of the oldest Chinatown's in the world in Manila.

Original settlers were Malay or Polynesian peoples who sailed the seas between the peninsulas of surrounding countries. I see this heritage mostly in the art, a little in the language and food. 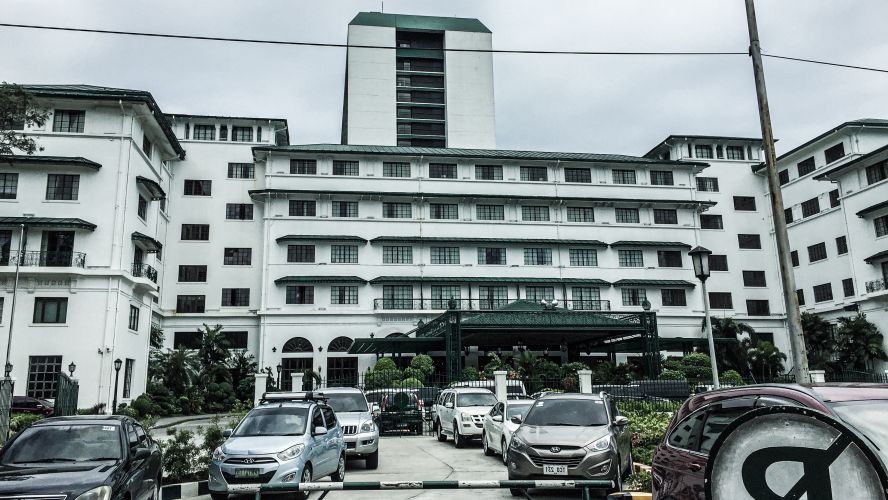 Roxas Boulevard by the Bay

An then, there is shopping. The Philippines would not be Asian if they did not like to shop. There is a mall almost everywhere, and I mean everywhere. Malls are a haven from the heat and a place to sample all sorts of foods, traditional and new fusion types. You will find every ethnic food type, and there will be no shortage of fast food places. The country is known for its jewelry, especially pearls. I find the latest fashion jewelry here at such a reasonable price and quality.

Country is Known for Jewelry and Pearls

Your visit to Manila will beckon a visit to the beaches around the archipelago. With over 7,000 islands, the choice is endless. Some beaches are pure white sand, some coral, and some volcanic black. You can surf, snorkel, or dive. There are natural features to see, volcanoes, hills, rice terraces, and mountains. Hotels, resort, and golf courses are plentiful.

Since retiring, I've been able to visit the country more frequently, and I am always surprised by a new beach or tourist location to experience. With the advent of regional airlines, destinations are more accessible to tourists.

Manila and the Philippines have yet to be discovered by people outside of returning Filipinos. There is a reason why they keep coming back in droves.

Bratislava, Before and After the Breakup
Vienna, A City of Imperial Elegant