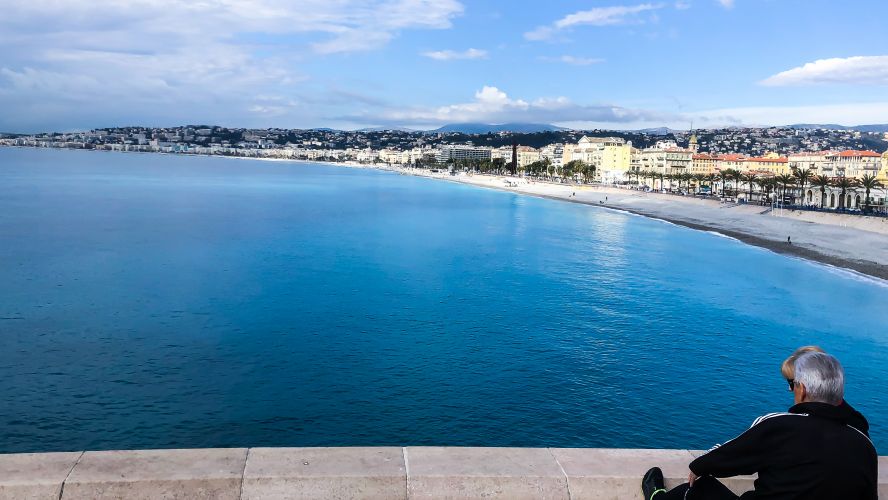 Nice on the Cote d'Azur

There's something about a beach vacation that gets you excited. We were on our way to the French Riviera for our Nice to Monaco weekend so, this was no ordinary beach vacation.

It was still too cold to layout on the sand, but walking along the Promenade des Anglais and taking in the views are part of the Mediterranean experience. 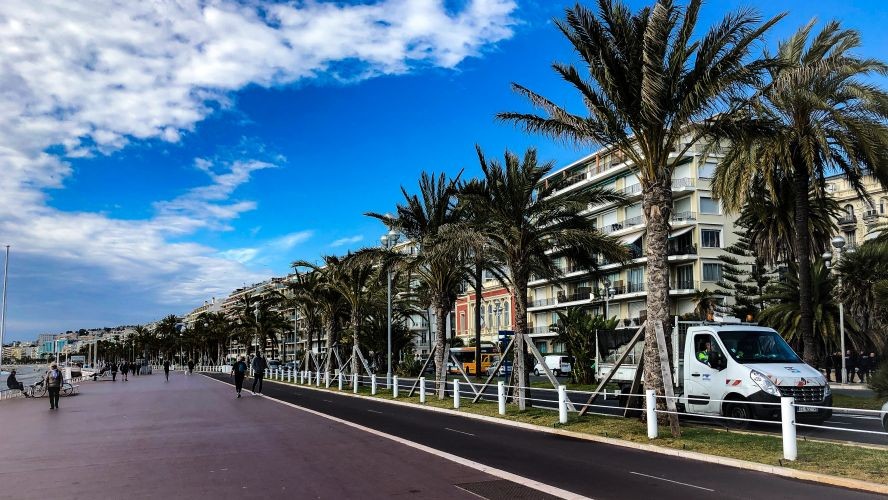 We decided to spend a long weekend in Nice to give ourselves a break from French immersion classes.  We added Monaco to our trip because it was just a few minutes away by train.

So, here are five things to know about your trip to the French Riviera.

Is this the French Riviera or the Cote d'Azur

Neither name describes an official region in France. Nice is actually in the Alps-Maritime Prefecture.

The French Riviera is 550 miles of coastline from Toulon, in the west, to the Italian border near Menton. This coastline includes the principality of Monaco. The word "riviera" is Italian for the coast.

Nice is widely known as the capital of the French Riviera, but it is only one of many cities and towns along the coast. Others include the wealthy city of Cannes, of film festival fame, St.Tropez, and Cap Ferrat. 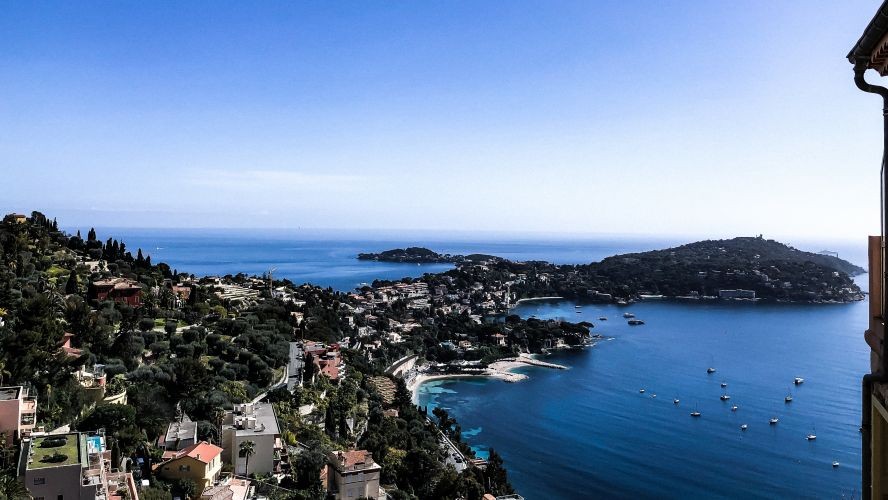 Unfortunately, we did not have time to tour all the beach communities up and down the coast. That weekend in Nice happened to be the final leg of the Paris to Nice bike race, which would end at the Promenade that Saturday.

The streets were cordoned off and were teeming with gendarmes. Our planned mode of transportation, the Hop On Hop Off bus was not running that weekend because of the race.

One thing to remember about Nice, taxis are mostly black Mercedes Benz vehicles, and very pricey. Uber is available, and the fares are a bit more reasonable.

Why is the Mediterranean so Blue?

I can understand the allure of Nice. Whenever or whoever created the world, this part of France was given a more significant share of the bounty.

It has everything, pleasant climate, deep blue water, stunning landscape.

I've always wondered why the Mediterranean glitters like deep blue sapphires, not found in other seas.

It's all part of the "goods," and in this case, it's geography. It is an almost closed system with a slow rate of water exchange that keeps the water so clear. 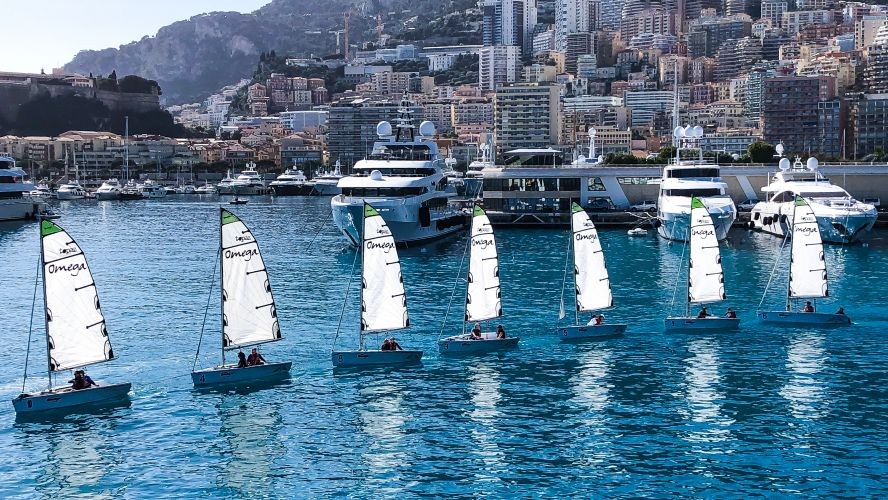 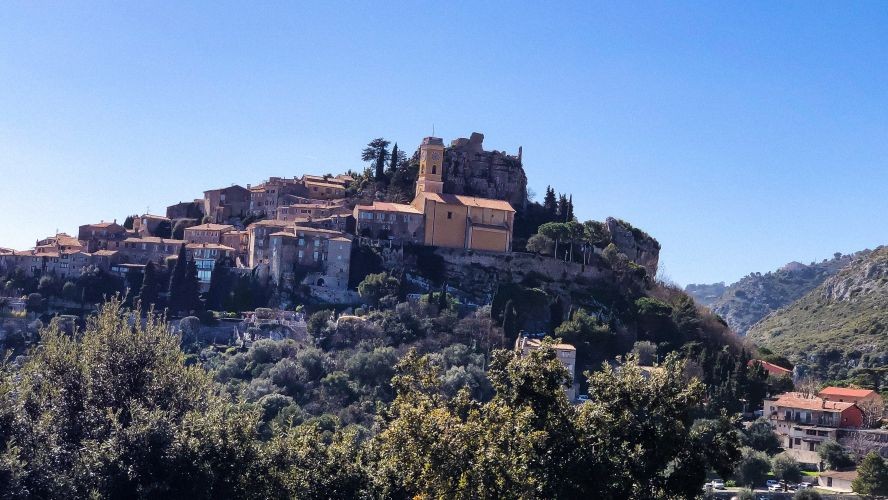 How did Nice and the Cote d'Azur Become so Chic?

The British aristocracy discovered Nice in the mid-18th-century. It became famous as a haven to escape the chill of England. The mild weather and the sea air were prescribed for all sorts of respiratory illnesses in those days.

News spread quickly, and by the early 19th-century, Nice was a winter destination for wealthy foreign families, not only for those with "consumption" but also those attracted by the mild climate and the beautiful natural surroundings.

In 1822, an Anglican pastor set up a charity to collect funds to build a public walkway for recreation in place of the dirt track that ran along the shore. It was called the "angels path," which eventually became Promenade des Anglais.

The Promenade developed to include 19th-century mansions and boulevards along the coast from the old Italian Quarters to the rugged terrain that provides many fantastic vantage points. Seaside walks along the Mediterranean are an integral part of Nice city life.

The winter tourist season continued to expand in Nice with the arrival of the railway in 1864. Big hotels and casinos developed on the Promenade. Then with the introduction of paid vacations for workers, everyone and not only the wealthy came to visit Nice and the Cote d'Azur. The season expanded from winter to include the spring and the summer.

Today, Nice has everything. An Old Town or Vieux Nice, fashionable boutiques, fabulous fresh markets, a long and fantastic coastline. It is home to many museums, an archaeological site and museum, and the most extensive collection of paintings by Marc Chagall and Paul Matisse. 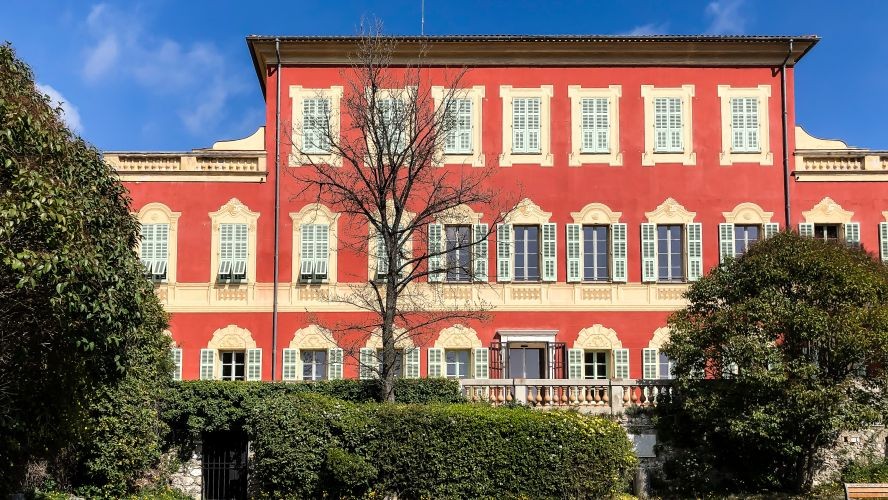 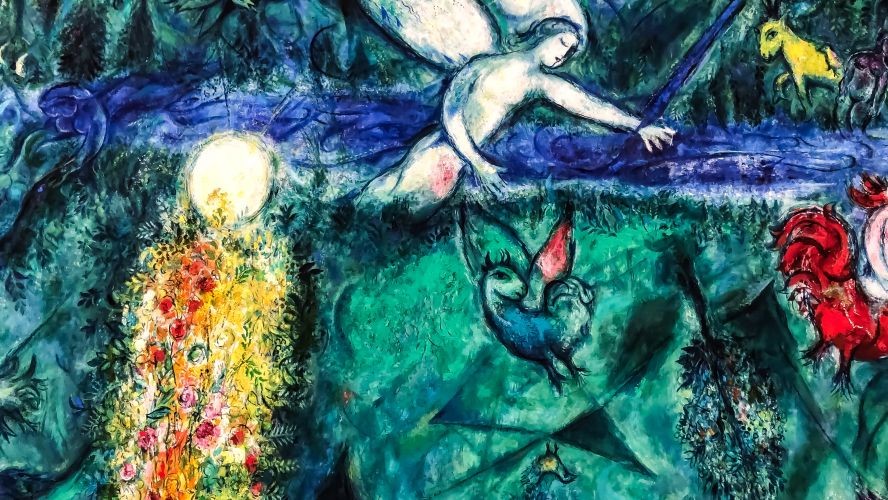 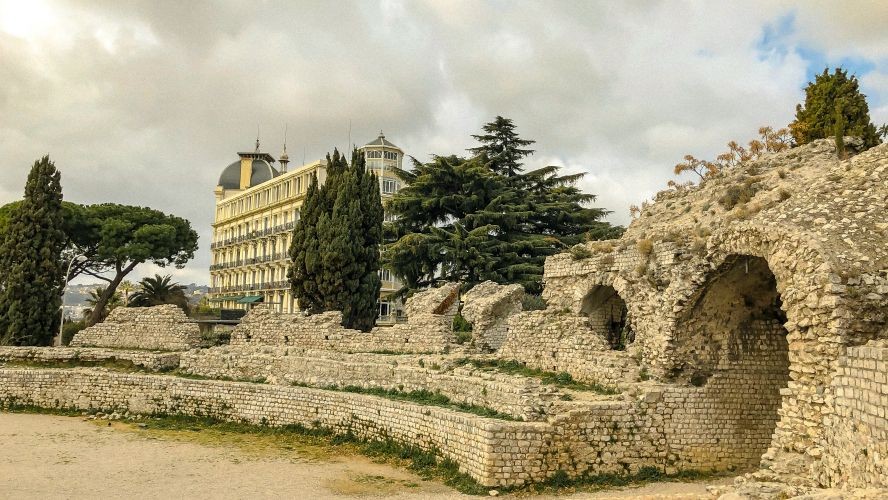 Wealthy Neighborhood of Cimiez Next to Roman Ruins

Is Nice French or Italian?

You will notice that Nice is very Italian, almost as it is French. Nice has only been part of France since 1860. Italy gave Nice up, reluctantly, to repay France for helping defend itself against the Austrians. That's a long political story at the time of Italy's unification. For centuries before, Nice was a fishing village connected with the Kingdom of Sardinia (also the Kingdom of Savoy).

This mixed heritage in Nice is in its architecture, colors, cuisine, and lifestyle. The Cours Saleya Market, located in Old Town or Vieux Nice, is the lively wholesale flower and farmers market place that is the heart of Nice's Italian neighborhood. 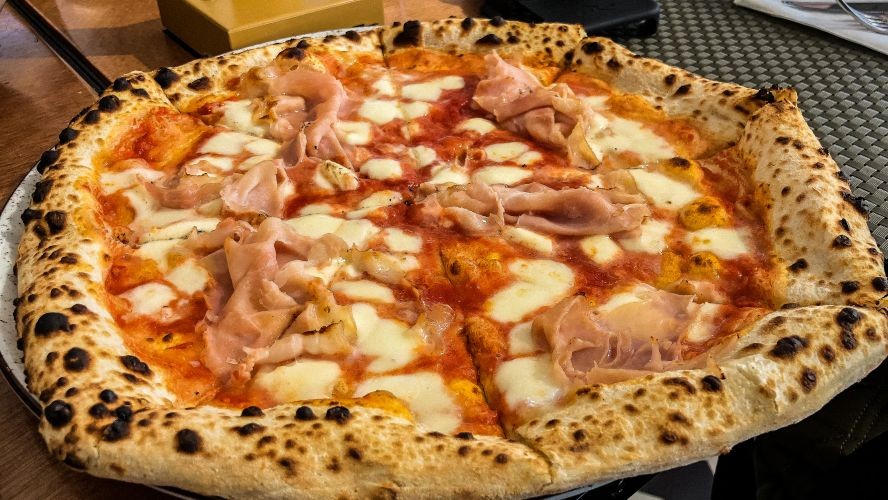 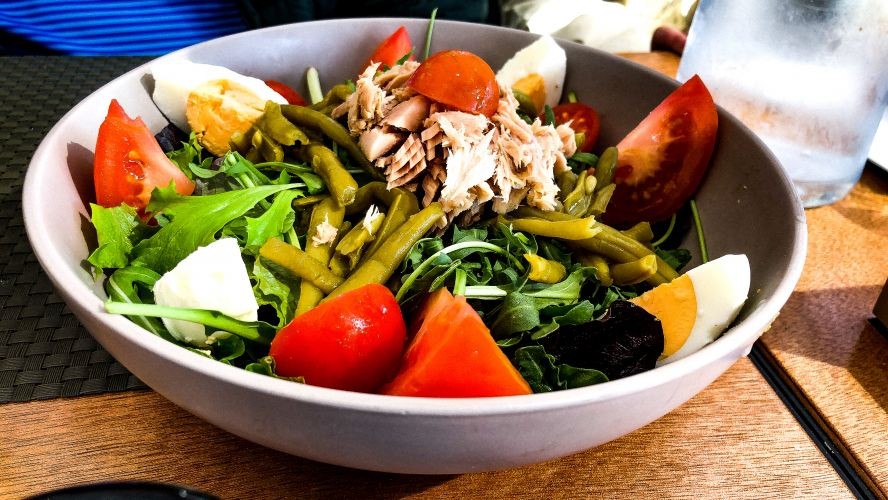 Is Monaco a Country?

Monaco is a jaw-dropping experience! It is the second smallest country in the world next to the Vatican. When you see Monaco, you will understand why the Mediterranean is captivating.

Monaco is eight miles from Nice or a quick 20-minute train ride. It is a sovereign state, a country, and a micro-state on the French Riviera. France surrounds it on three sides and the Mediterranean Sea on the other. It is known as the playground for the rich and very rich. They say 30 percent of the population is made up of millionaires. That immense wealth seems unimaginable as you people-watch or gaze at the harbor and see the super yachts. 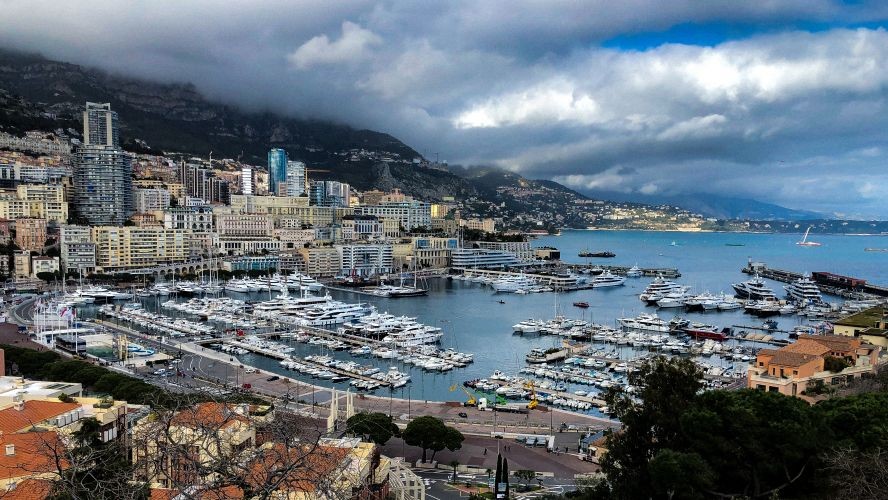 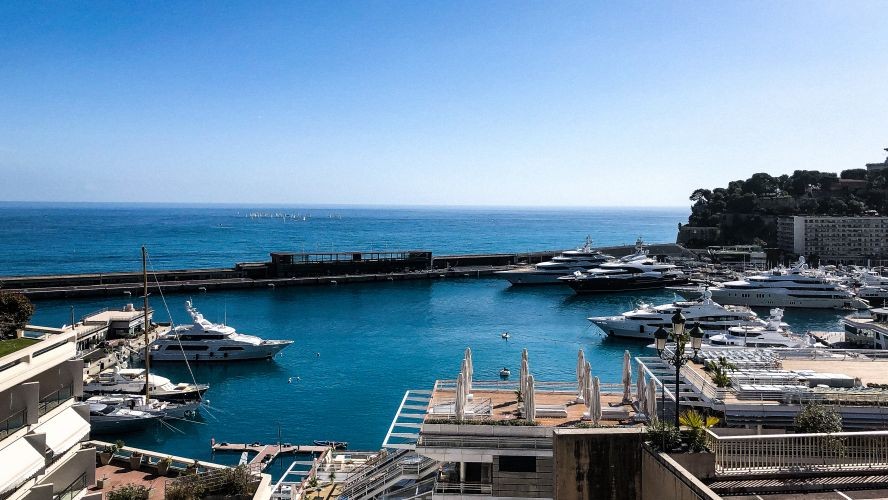 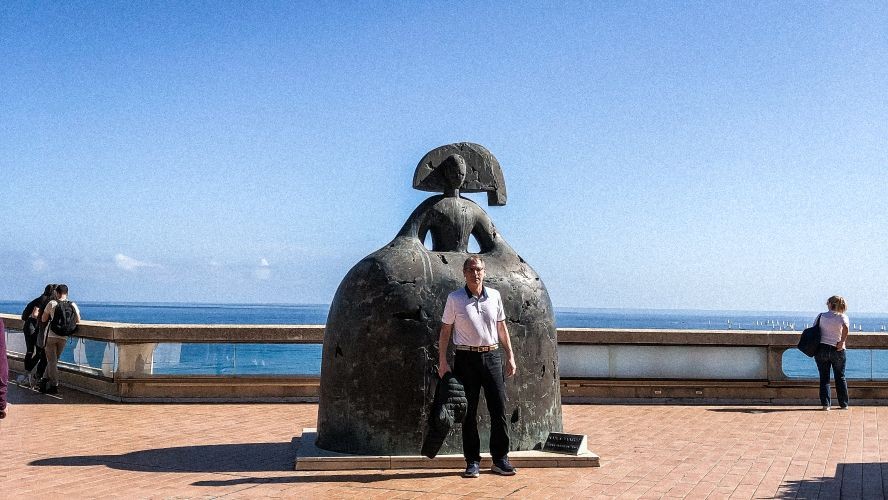 The House of Grimaldi has ruled Monaco since 1207, made possible by a land grant from Emperor Henry VI of the Holy Roman Empire in 1191. Monaco was mostly a colony of Italy under Genoa or Sardinia. Like Nice, it became French in 1860.

Due to unrest in the towns of Menton and Roquebrune, the Prince of Monaco gave up these two towns to France in exchange for 4 million francs and France's recognition of its sovereignty. Today it is a constitutional monarchy with Prince Albert II as its head. 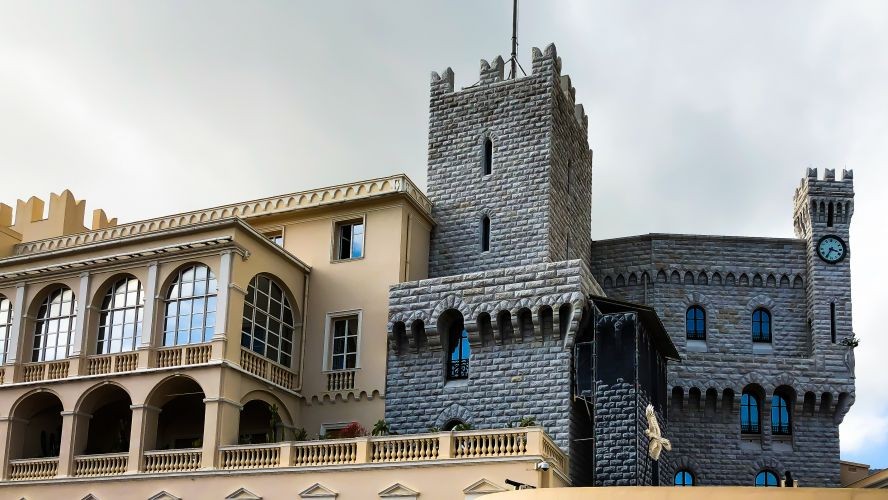 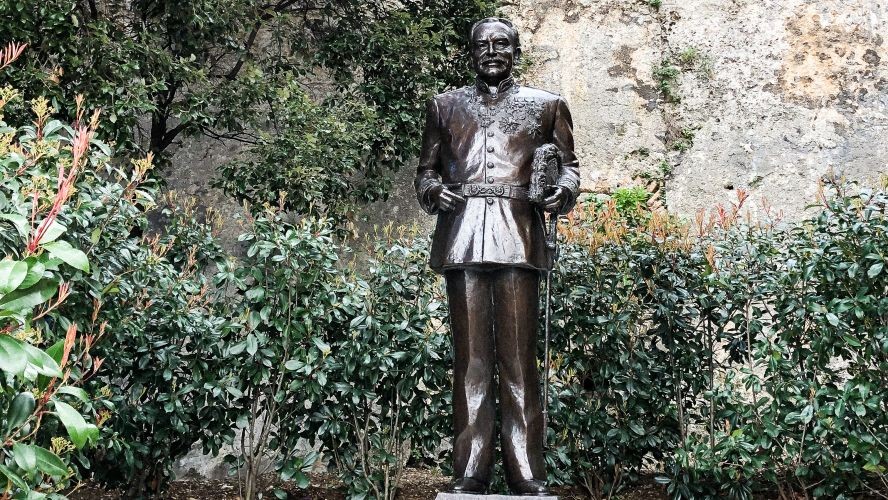 A casino was built in Monte Carlo to recoup the economic loss of Menton and Roquebrune.  The advent of electricity and rail connection to Paris helped the casino succeed. The rest, as they say, is history.

The mild climate, impressive scenery and gambling casino made more famous by James Bond films have made Monaco a tourist destination and recreation center for the rich.

Monaco is also famous for the Monaco Gand Prix, one of the original Grand Prix of Formula One. 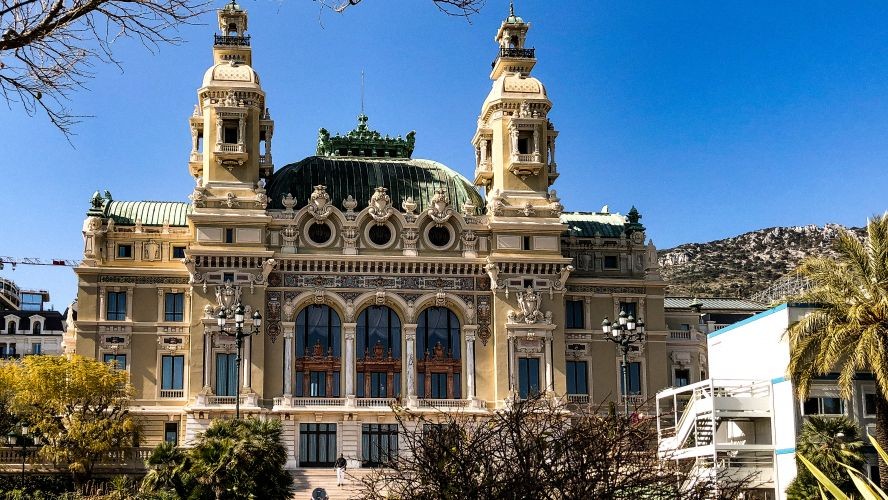 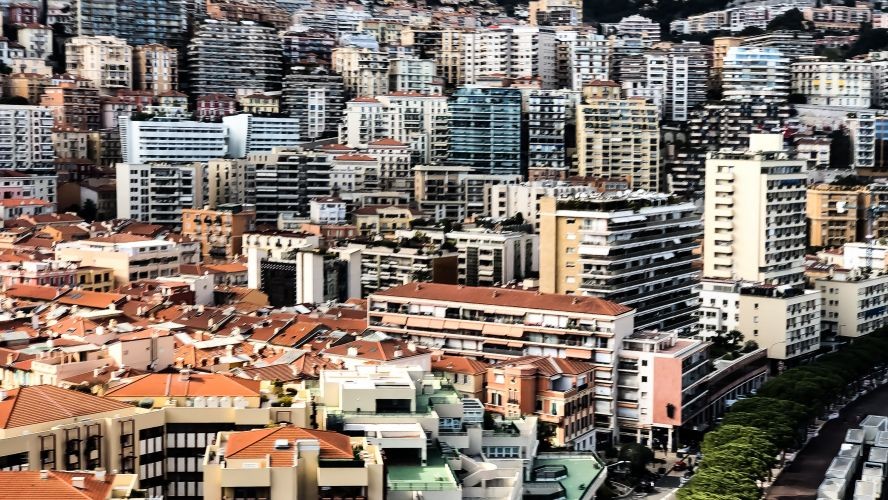 I hoped you liked reading about our little vacation to Nice and Monaco. We would have loved to stay longer, but it was not to be!

Here's some helpful advice in planning your trip:

Visit Brittany, Unique Celtic France on its Northw...
Our Four Days in Eclectic but Gritty Barcelona