Enjoy Exciting Rio But Be Cautious and Keep a Low Profile 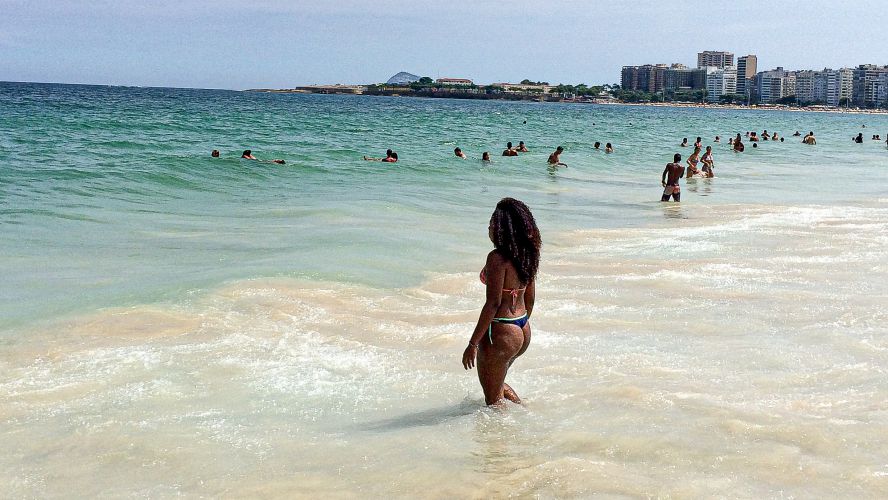 Rio de Janeiro is larger than life with iconic sights and fabulous beaches of Copacabana and Ipanema. We were in Rio to start our cruise around South America. It was going to be impossible to see all of Rio in our overnight stay!

We stumbled on to this Princess Cruises itinerary, which was too good to pass up. It was a 14-day cruise that started in Rio and ended in Santiago, Chile, at a ridiculously low rate. We would round the continent to visit five countries (Brazil, Argentina, Uruguay, Falklands, and Chile) reach; the southernmost cities of Punta Arenas and Ushuaia. If you wanted to take an excursion to the Antarctic, you could do that, too.

We got to Rio with no problem, except that we thought the visa to Brazil was very expensive and the ticket fare was not cheap. We heard the same thing from other passengers on the ship. We paid more for the airfare than for the cruise itself.

For our day and a half in Rio, we spent the afternoon on the beach and took a private city tour the following day. That was all the time we had before heading out to the port. 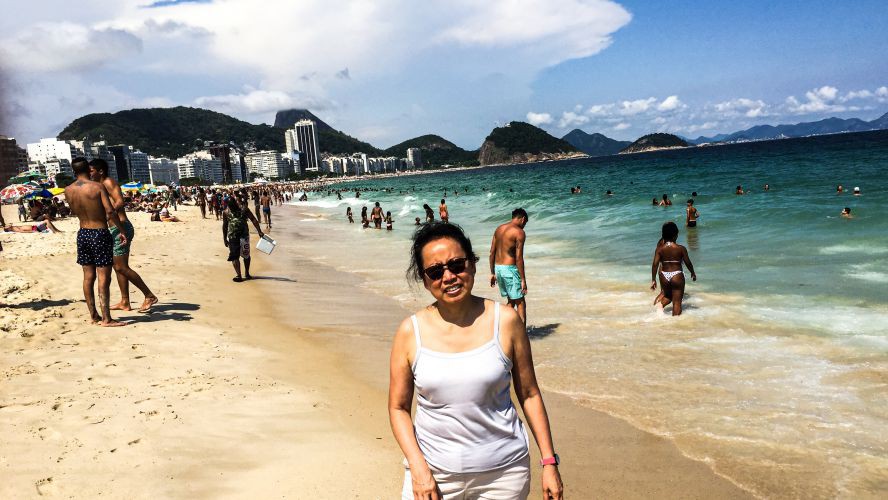 The Beaches and Being Safe in Rio

We arrived in Rio mid-morning, and we had rooms at the JW Marriott in Copacabana. Like everyone else, we wanted to get as close to the beach as possible. Copacabana is a public beach, and the hotel reserved a section on the beach for hotel guests. It was the summer in Rio, and it was oppressively hot.

Crime is rampant in Brazil, and Rio is no different. Rio is a party town, so you have to be careful at night. We received a lot of warnings and advice, and we took them seriously. The biggest takeaway for us was NOT to wear any jewelry or anything that could tempt would-be thieves.

Don't meander around looking like a tourist and stay in the tourist spots. Keep a low profile and try to draw attention to yourselves. 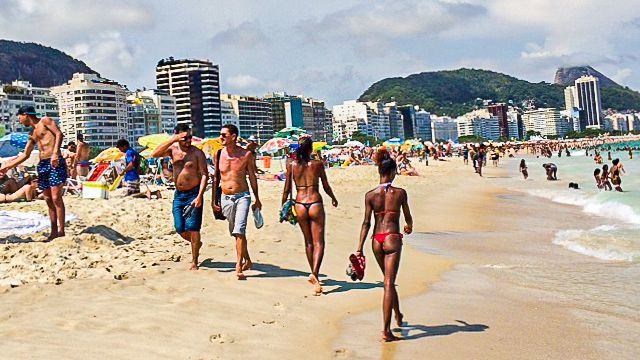 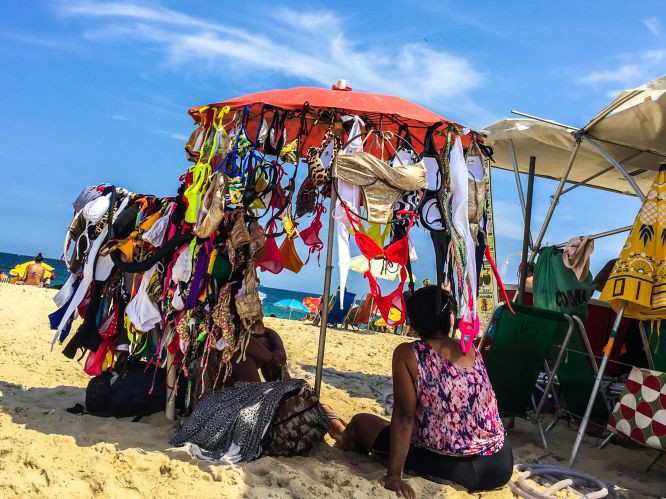 Copacabana is a neighborhood in the south zone of Rio. The name comes from an 18th-century chapel dedicated to the Virgin of Copacabana, patron saint of Bolivia.

The beach is a 2.5 mile stretch of sand, which has become one of the most famous in the world. It is considered a "local" beach that is playing host to millions of revelers during the annual New Year's Eve celebration and, in most years, a venue for FIFA Beach Soccer. Vendors will be everywhere, selling bottles of water and every beachwear imaginable.
Ipanema is an affluent neighborhood in the south zone of Rio adjacent to Copacabana. Unlike Copacabana, Ipanema is one of the most expensive places to live in Rio, and private investment has led to the building of world-class infrastructure, restaurants, cafes, shops, and museums. The beach became widely known with the song "Girl from Ipanema," composed by Antonio Carlos Jobim in the 19060s. 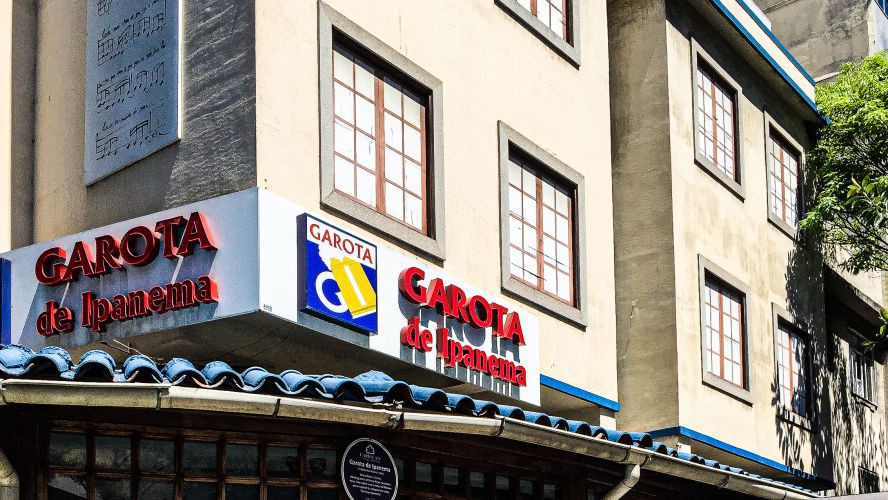 Sights on the Day Trip

We decided to take a private tour of Rio. Here are the highlights of the trip. 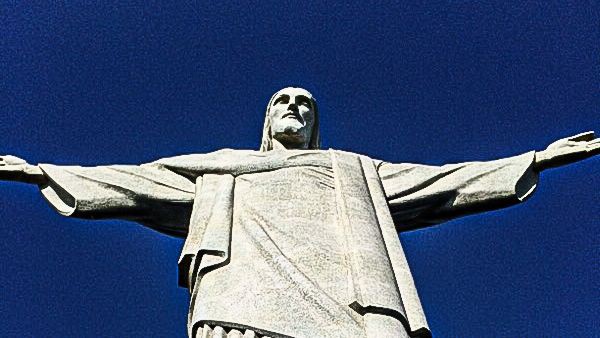 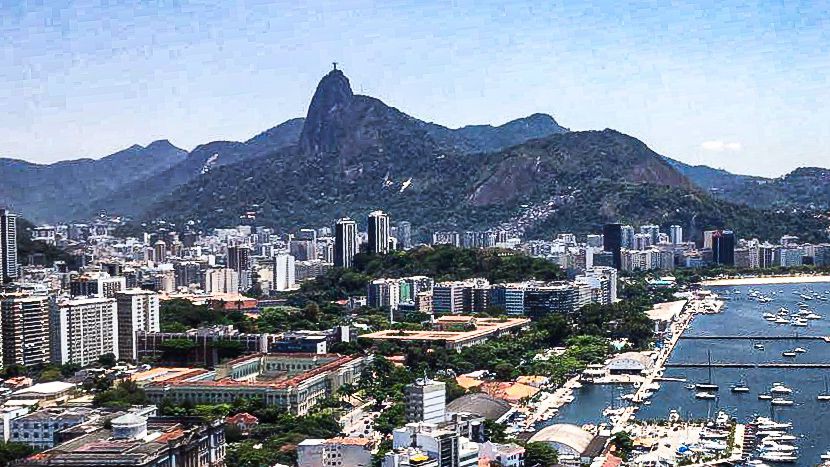 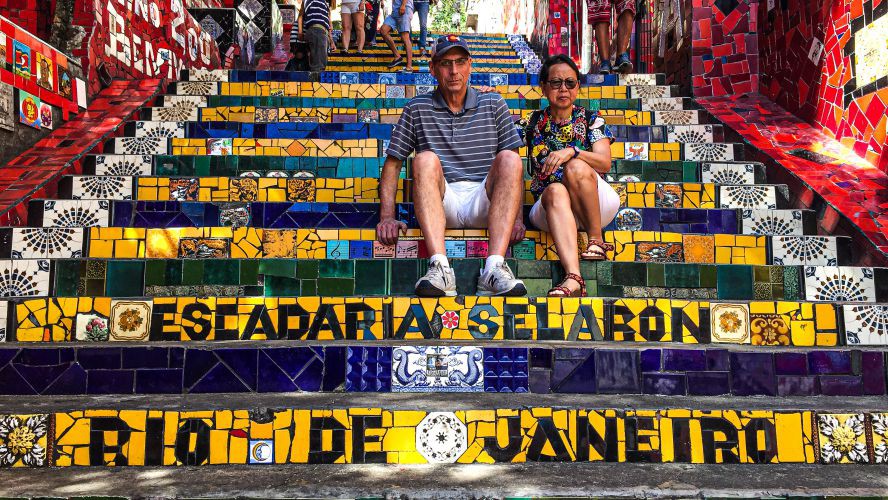 Carnival and Brazil's History in a Nutshell

Brazil is a vast country. It is half the size of South America and about 86% the size of the U.S. The amazon makes up about two-thirds of Brazil. Brazil was and is a country with abundant natural resources. Colonial Portugal stripped the state of natural resources instead of developing, to support wars in Europe.

Its economic wealth was a series of booms and busts, first with the pau-Brasil red trees for wood. There was sugar in the 1700s, followed by gold and diamonds. Most of the gold went to Portugal, but enough was left to build Baroque towns. The gold was shipped through Rio de Janeiro, putting the backwater port on the map by the mid-1700s.
Other booms followed, but the most constant growth was coffee in the late 1800s. Coffee plantations covered the entire state of Sao Paolo as the craze for coffee spread throughout the world. Coffee prices tumbled in the 1930s, and so did the government.

The next boom was the flood of foreign investments attracted by generous fiscal incentives. Military rule ended in 1985 with the subsequent "bust" as the world economy nosedived. Oil imports and public works projects crippled the country with enormous debt.
Economic woes brought growing street crime — the influx of rural Brazilians into large cities since the 1960s in the hope of finding work. Many arrived as refugees from the droughts in northeast Brazil. With little chance of finding anything but the most menial task and limited options for housing, the newly arrived migrants were clustered together in shantytowns on the outskirts of the cities, where they formed their communities. 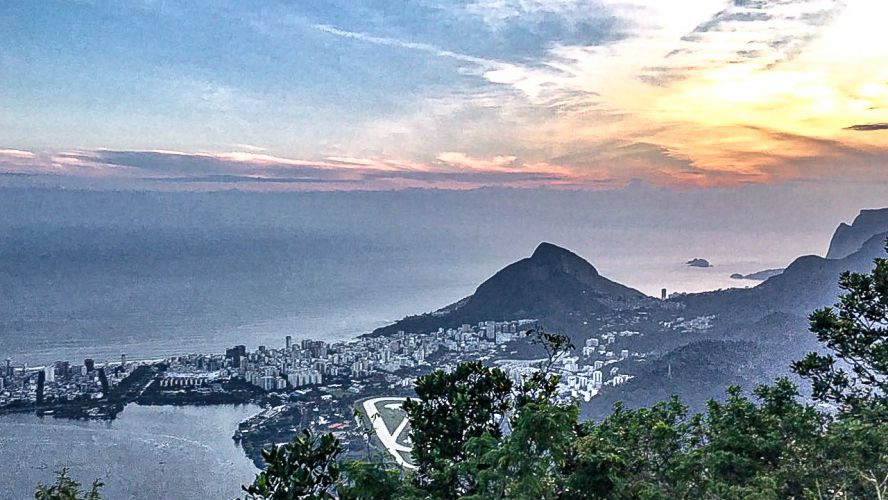 Rio and the Open Society Scene 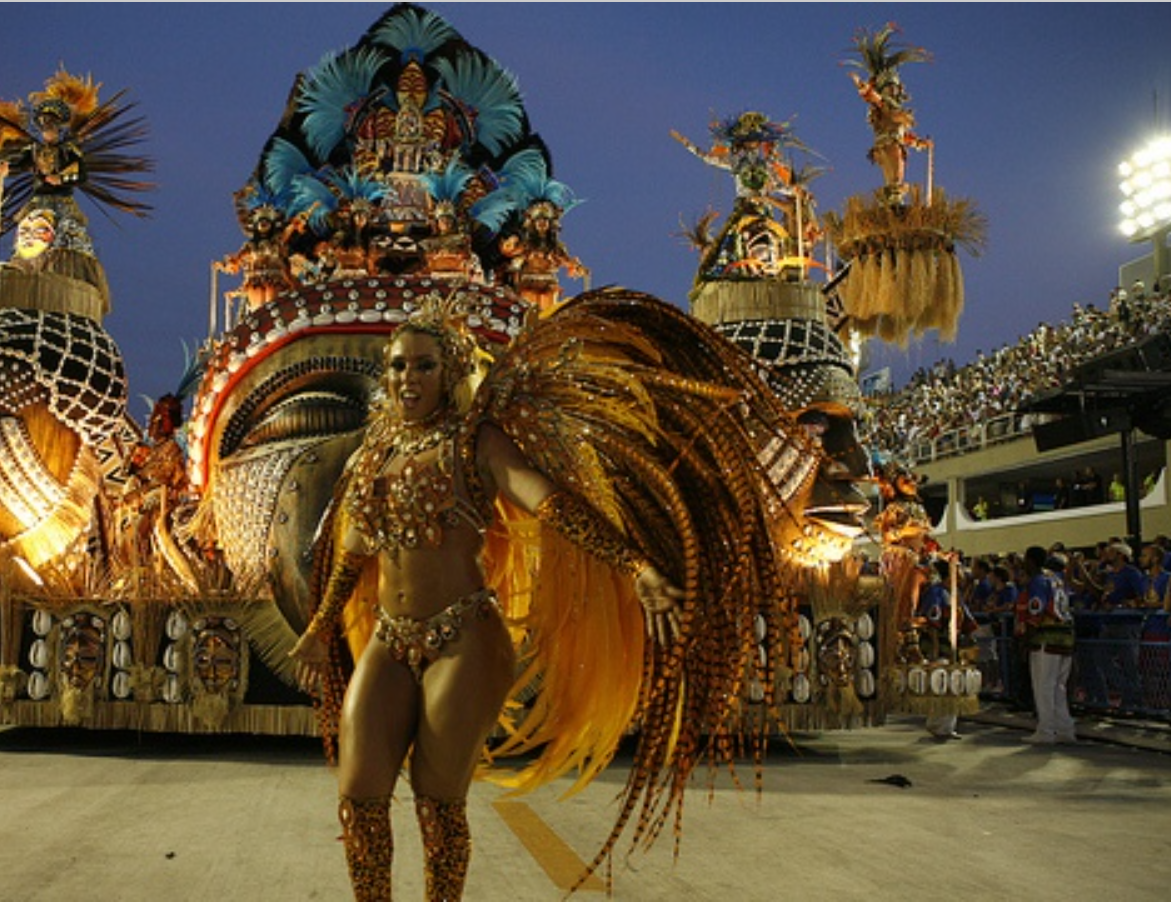 Rio is a marvelous city due to its stunning setting with the enormous Bay of Guanabara to the east and the Atlantic Ocean to the south. The people of Rio are called the cariocas, as they epitomize the casual, kindly disposition associated with Brazilians. This fun-loving, somewhat smug, outlook was the result of people living in a place most people only dream of. People of all classes fill public spaces for fun. The beaches are the biggest attraction, followed by soccer stadiums and the carnavals (carnivals).

Cariocas have the reputation of being uninhibited. True or not, with this reputation came the bacchanalia like the image of Carnaval, and in part, from the tantalizing tiny beach attire favored by both genders. In Rio, you don't have to be gorgeous to be on display; you have to be uninhibited.

Carnaval arrived with the Portuguese as a Catholic tradition to celebrate the end of 40 days Lent fasting. The name is Latin for the word "Carnevale," meaning farewell to meat.

Carnaval in Brazil started as an aggressive spree of throwing water, mud, and flour at passers-by. The Carnaval that Brazil is known for did not become a tradition until the 1930s when neighborhoods began to compete. Samba became the signature music of Carnaval. Today, competition between samba schools is like a major sporting event. Carnaval celebration starts at the Sambadrom or samba stadium.
Tweet
How do you feel about this post?
Happy (0)
Love (0)
Surprised (0)
Sad (0)
Angry (0)
×
Stay Informed

Our Four Days in Eclectic but Gritty Barcelona